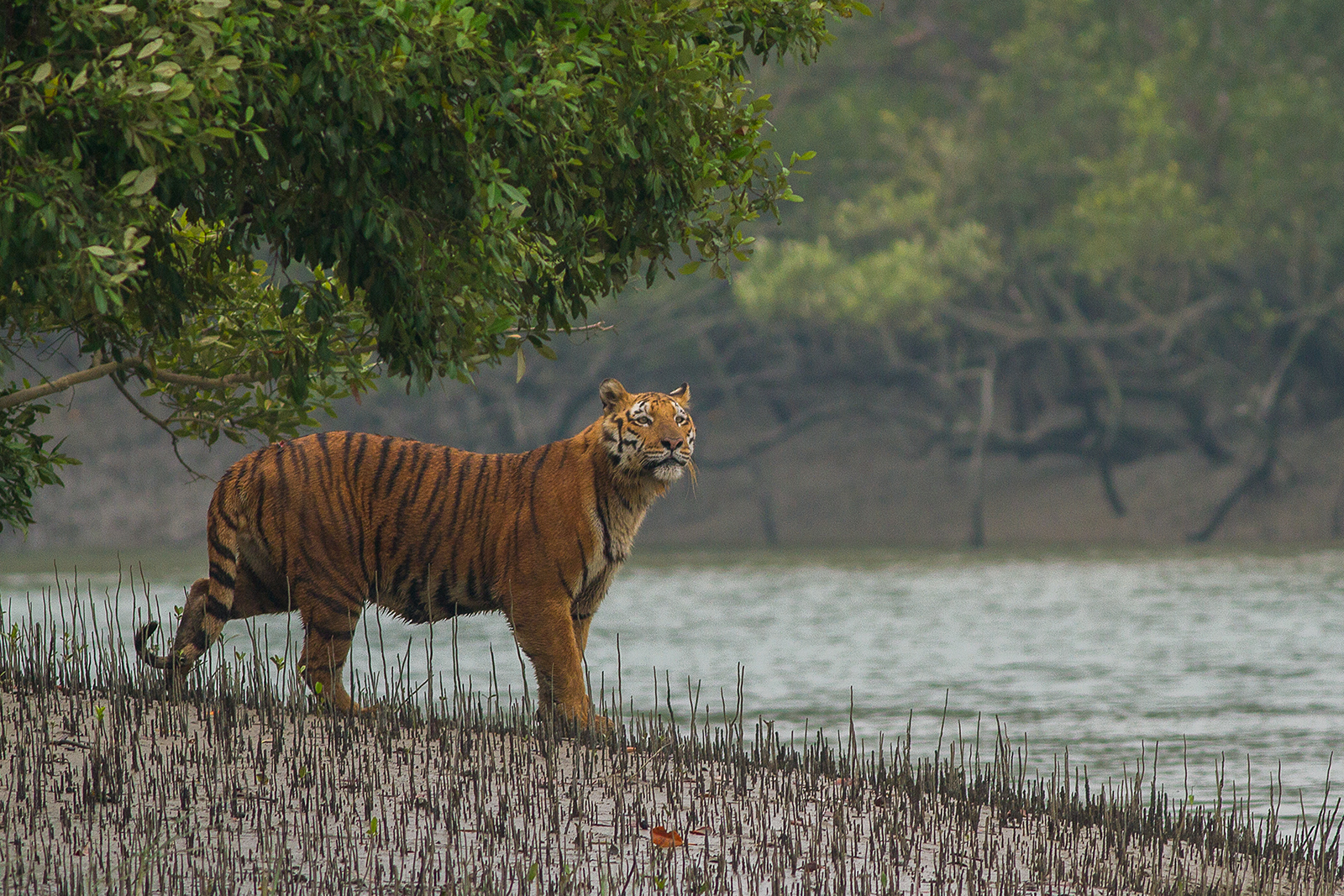 Kolkata: The number of tigers in the Sunderbans reserve forest in West Bengal has increased to 96 from the previous estimate of 88, an official said on Wednesday.

The state forest department arrived at the current figure on the basis of a census conducted between November 2019 and January 2020, he said.

At present, the number of big cats is 96 in the Sunderbans, Chief Wildlife Warden Ravi Kant Sinha told PTI.

The previous number of Royal Bengal Tigers in the mangrove forest, released in 2019, was 88, he said, adding that it was based on the big cat census in 2018.

Forest minister Rajib Bandyopadhyay said that rise in number of tigers in Sunderbans is a “welcome development”.

“We need to increase the mangrove cover in a bid to provide for more space to tigers in coming days,” he said.

This is the first time in the history of the Sunderbans tiger census that the number of big cats shot up by eight from previous such exercise, the official said.

“The tiger census can never be exact. It shows the trend. But it is heartening that the tiger population in the Sunderbans is increasing,” Sinha said.

The latest census was done primarily by camera trapping technique along with some other latest methods, he said.

Also read: How the Proposed Highway Through Pakke Tiger Reserve Could Endanger the Forest

Sunderbans Tiger Project head Sudhir Chandra Das said the rise in big cat population proves that they are secure under the surveillance of the forest officials and employees.

The camera trap technique is more reliable than the traditional method of counting pug marks, another forest department official said.

He said 768 cameras were installed in the tiger habitat by the department, assisted by WWF India.

The counting exercise, done in a lab in Dehradun, involves comparison of the images of tigers based on their stripes, the official said, adding that the big cats were identified through their stripe patterns.

Sinha said the rise in tiger population can be attributed to conducive habitat including ideal mating condition.

“However, the figure is an estimated number based on our tiger census. There can be few more or less than 96. Due to the terrain of the Sunderbans which is crisscrossed by creeks, the headcount of every tiger is not possible,” he added.