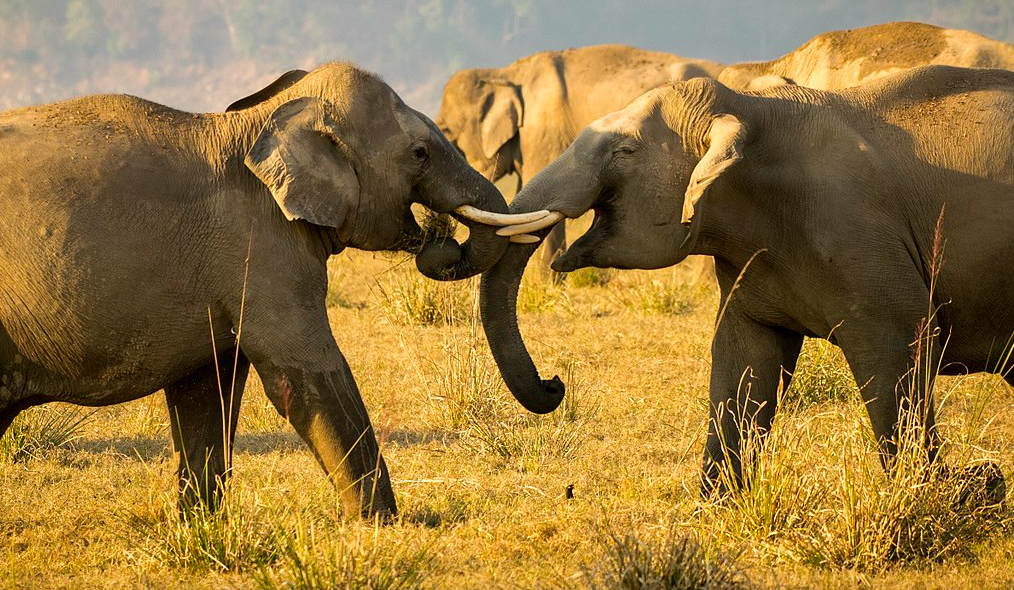 Jaipur: The meeting of the Uttarakhand state wildlife board in November 2020, led by chief minister Trivendra Singh Rawat, that approved a proposal to denotify Shivalik Elephant Reserve for the expansion of Dehradun’s Jolly Grant Airport, did so for reasons that defy enviro-legal sense, experts say.

The Uttarakhand high court has since stayed the denotification. The order followed a PIL by environmental activist Reenu Phul. On January 4, another division bench of the same court had issued notices to the Centre, the state government and the state wildlife board and gave them four weeks to reply.

The minutes of the November 2020 meeting show that under an item entitled “To cancel the list of forest divisions under the Shivalik Elephant Reserve area”, the board supplied three reasons for denotification.

First: “The number of elephant is higher than the standard carrying capacity parameters of the Wildlife Institute of India, Dehradun.”

Second, because no “stakeholder consultation” had taken place while notifying the Shivalik Elephant Reserve, the board reasoned that no consultation was necessary when denotifying it.

Third, the board held that the elephant reserve has no legal sanctity: “There is no mention of elephant reserve in any Central or State legislation, plus no regular framework exists in relation to it.”

Experts have instead found the board’s decision as well as its reasoning to be outside the law.

In the last few years, various state wildlife boards have denotified forest areas because the wildlife population within them had dropped. But the reasoning here is backwards because forest areas are notified to increase protection for vulnerable animal populations.

Environmental lawyer Ritwick Dutta said using changes in wildlife population as the ground to remove environmental safeguards is a flawed tactic. “This is a conservation effort,” he explained. “It doesn’t work like a hospital – where if a patient recovers, she is discharged.” He added that even if the wildlife population goes up, the state needs to sustain that protection.

A few days ago, the Rajasthan Wildlife Board denotified three forest blocks of the Band Baretha wildlife sanctuary in Bharatpur district after a survey found that wildlife had been “irreversibly damaged”. The move wasn’t innocent: the denotification allows builders to mine the state’s famous pink sandstone from the area for use at the Ram temple in Ayodhya, Uttar Pradesh.

The Uttarakhand forest department, for one, is miffed. Many of its members feels that the administration’s interference in state wildlife boards’ activities has rendered the latter pointless because the state is often only concerned with revenue.

“As soon as the [forest] department places on record the increment in wildlife population as its achievement, the administration looks at it as a multiplication of human-animal conflict, and uses it as a way to seek approval for projects that can bring revenue to the state,” a senior forest official told The Wire Science.

Political leaders have been misusing state wildlife boards to this end. According to Dutta, state boards are constituted under the Wildlife (Protection) Act 1972 and are not empowered to denotify or notify any forest areas, national parks or wildlife sanctuaries.

“These are just statutory boards, meaning they are bound by what is written in the law. In this case, the boards are empowered to protect and conserve the wildlife and forests,” Dutta said. “It doesn’t matter whether any notification is legal – all they need is to maintain or increase conservation efforts.”

The Uttarakhand board’s justification for skipping stakeholder consultations hasn’t gone unnoticed either – especially when the underlying logic is not far from “two wrongs make a right”.

“Now suddenly they have realised that there was no stakeholder consultation,” Dutta said. “If they are concerned, why are they not consulting the public in finalising the draft environmental impact assessment notification 2020? Why is the government not consulting farmers for the farm laws?”

Uttarakhand chief wildlife warden Jaber Singh Suhag has maintained to The Wire Science that the project won’t disturb the wildlife at all. “We may be denotifying the reserve but it will still be open for wildlife. All the funds that come will be used in the same way they have has been used thus far,” he said.

Suhag had previously bemoaned wildlife protections coming in the way of ‘development’, which he didn’t define. “Today, it is in the name of an elephant reserve, tomorrow some butterfly reserve will come up. In this way, no work can be done in Uttarakhand,” he had told The Wire Science. “Elephants can pass from anywhere – that doesn’t mean [the path] should be declared a corridor.”

The part of the land that will be threatened by the airport expansion project lies in a sensitive part of the reserve and includes the Kansaro-Barkot elephant corridor.

He also defended the state’s decision to overlook the Union environment ministry’s suggestion to consider an alternate site for the airport expansion – saying that the reserve doesn’t find mention in any national or state law, so the ministry’s input was unnecessary.

In 2002, the Centre notified it under its Project Elephant, to help protect the natural habitat of elephants in the area and reduce the incidence of human-elephant conflict.

Environmentalists around the country have protested Uttarakhand’s decision. Aside from threatening elephants in the area, the project also needs around 10,000 trees to be cut. Oddly, however, two NGOs whose representatives were present during the meeting – Action and Research for Conservation in Himalayas and the Titli Trust – have stayed mum.