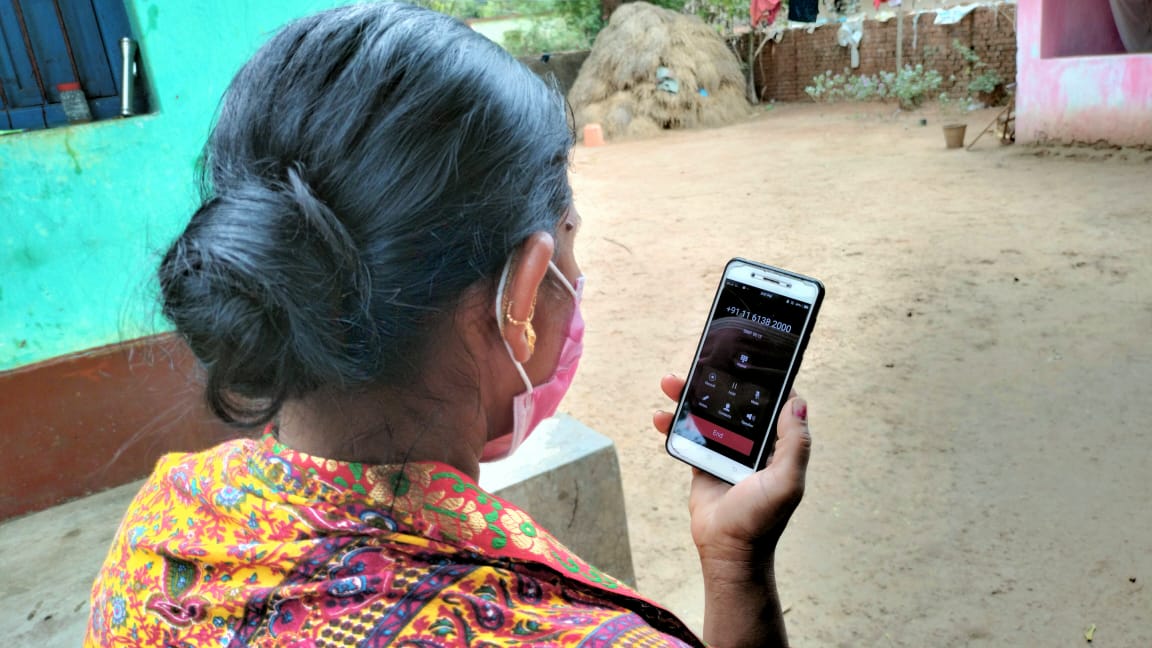 A Kondh Adivasi woman in Koraput recording a voiceover on edible wild foods in the area. Photo: Author provided

Bhubaneswar: In modernity, India’s Adivasi communities have been using various minor forest produce (MFP) for their food and livelihood needs.

Every year, they collect Rs 2 lakh crore’s worth of MFP from the country’s forests. There are more than 200 recognised MFPs across India, including tendu leaves, bamboo, mahua, sal, lac tamarind, gum and karanj.

In turn, the Adivasi communities’ food systems are both nutritious and diverse. Their diets include roots, fruits, mushrooms and edible insects. As such, forest foods play a critical role in ensuring the communities’ food sovereignty and self-sufficiency.

But of late, the share of forest foods in Adivasi diets has gradually declined, for several reasons. A big reason is the availability of rice under the public distribution system – but ironically, this subsidised offering also limited many communities’ ability to cope with hunger and crises like the COVID-19 epidemic.

One outcome: “Our younger generations are reluctant to consume forest-based foods,” said Bhagirathi Murija, sarpanch of Boipariguda block, Koraput district, despite its nutritive value. And the forest food that is collected but is no longer consumed is often sold at local weekly markets at meagre rates, he added.

According to Madan Jani, sarpanch of the Machra panchayat in Lakhimpur block, Koraput, the incursion of processed food from other sources has also eroded their community’s younger members’ awareness of the foods available in the wild, and rendered them more vulnerable to malnutrition, hunger and disease.

Almost half of all children in Odisha’s tribal communities who are younger than five years are underweight; 46% are stunted, according to the fourth National Family Health Survey (2015-2016).

The Indian government’s lockdowns, shutdowns, curfew, etc. after the onset of the country’s COVID-19 epidemic only accentuated the importance of forest-based and other traditional food systems.

“We need to immediately document information on the diversity of edible wild foods and their nutritional contents,” Reena Nachika, an Adivasi woman leader in Narayanpatna block, Koraput, said. She also said Adivasi communities perceived an urgent need to sensitise their younger members about sustainable ways to harvest and cook wild foods.

This said, some Adivasi youth in Koraput and Kandhamal districts have been making participatory short films on the importance of forest-based foods. Local civil society is working with Adivasi communities, especially women’s groups and students, to share knowledge on sustainable food systems. The initiative has been effectively sensitising Adivasi people about eco-friendly production choices and technologies, diets and consumption practices, and their relationship to health and nutrition outcomes.

These young people were trained for their programme by filmmakers at the University of East Anglia, UK, and are calling themselves community reporters.

Their work begins by documenting the diverse traditional foods collected from forests for household consumption. The subjects of their films include mahua flowers, eucalyptus plantations, red weaver ants and the weekly market in Koraput district.

The short documentary on the mahua flower, for example, discusses how and when people collect the flowers, dry them in the sun and process and use them. The one on red ants – locally called kai – also dwells on the benefits of eating these insects, including their iron and calcium content. And the one on eucalyptus trees also reflects on gender issues surrounding their cultivation.

The University of East Anglia, under the UK Global Research Translation Award, funded by UK Research Innovation, has also been helping civil society organisations in India set up and implement an interactive voice response system (IVRS), to promote reciprocal knowledge exchange among the Adivasi. According to the university website:

An IVRS is a media platform for social development, where people call a free number and interact with a range of audio resources. … The system can be used to share studio-generated content, e.g. podcasts, interviews (with experts), plays and songs, and also to collect and share user-generated content from the community members themselves, e.g. comments, concerns, grievances, recipes, songs and stories.”

Accessing the IVRS is easy as well: an interested person just has to call a specific phone number.

The university has implemented its system under a project called ‘creative hub for innovative and reciprocal research and action for gender equality’ – or CHIRAG. This is an initiative to improve food and nutrition security and gender equality by sustainably up-scaling grassroot innovation.

CHIRAG got underway in 2020, and the impact is already visible. The university’s partners in Odisha “have created content about local foods, production techniques, traditional recipes and health and nutrition information”. Community members access this information, and often build on it to produce their own content and submit it to the IVRS, thus augmenting it.

As a result, for example, the system now includes audio documentation of a range of edible tubers, roots and insects, their local names, scientific names, a brief description, seasonality, traditional acceptance and nutritional values.

Locals have also been using the system to disseminate information about COVID-19 and beneficial government schemes.

“Documentary films build evidence to scale up community-led knowledge and innovation,” said Nizni Hans, deputy director of project and research at the KISS Foundation, one of the university’s partner organisations, said. Hans and Shubhasree Shankar, a CHIRAG project manager, helped implement the initiative in Odisha.

“Similar community-driven and evidence-based programmes that revive traditional knowledge” should be implemented in “other Adivasi areas,” said Dwiti Chandragupta Vikramaditya, a trustee of the KISS Foundation. According to him, it’s important to reinforce sustainable food systems as part of the world’s mission to meet the UN sustainable development goals at both the local and national levels.

Abhijit Mohanty is a development professional and freelance journalist. He has worked with indigenous communities, refugees, internally displaced people and migrant workers across India and Cameroon.

The Wire Science@TheWireScience
4 Following 27.3K Followers
The Fields Medal is presented by the International Mathematical Union to up to four mathematicians once every four… https://t.co/3RDJ1AoXzz
7 hours ago
"Instead of teaching obsolete concepts in Ayurveda, our students deserve to be taught in-depth contemporary anatomy… https://t.co/4VKM8e27Bq
9 hours ago
3 9
There is a misconception that declaring an eco-sensitive zone will curtail the livelihood rights of local communiti… https://t.co/4IlZnN0y5u
1 day ago
1
As companies producing a range of breast milk products seek to grow their business, they are likely to look to more… https://t.co/CeFfkLEMMc
1 day ago
BA.2 and its sub-lineages are prevalent in India at present; BA.4 and BA.5 have not caught up significantly. So BA.… https://t.co/ZyBviFMwdj
1 day ago
1 6
The scientific theories of what makes something funny are far and wide, encompassing everything from something that… https://t.co/wdic6g6dHf
1 day ago
1 1
US and British assessments have concluded that while vaping is likely to be substantially less harmful than cigaret… https://t.co/Ds7UnqeKYs
2 days ago
1
Just as the BA.5 sub-variant was poised to take over all the other omicron sub-variants, BA.2.75 popped up to compl… https://t.co/ldF3P63rOX
2 days ago
15 25
Himalayan glaciers provide water to hundreds of millions of people downstream and reports suggest that the speedy m… https://t.co/xpXHEjJ490
2 days ago
1 4
The Higgs boson is an excitation in the Higgs field – a field of energy that pervades the universe and which gives… https://t.co/Uw0K4Ly9kG
2 days ago
1 4
Over the last few decades, the demand for breast milk has grown. The message "breast is best" has driven parents an… https://t.co/ZYgMV9IiBf
2 days ago
1
The US Food and Drug Administration expresses the view that e-cigarettes can be a beneficial tool for smokers who s… https://t.co/I4WKD4H8nQ
3 days ago
1
"It is not only that you can see the glaciers have turned black in color, but when you touch them, even your hands… https://t.co/g2lhpWdtRG
3 days ago
2 5
The misleadingly presented climate pledges coming out of Davos are but one act in a much larger, intricately choreo… https://t.co/KeRbILr8Vz
3 days ago
1
On July 4, 2012, physicists working with the Large Hadron Collider experiment in Europe announced they had found th… https://t.co/jZSbAIT4yR
3 days ago
3
Contact us