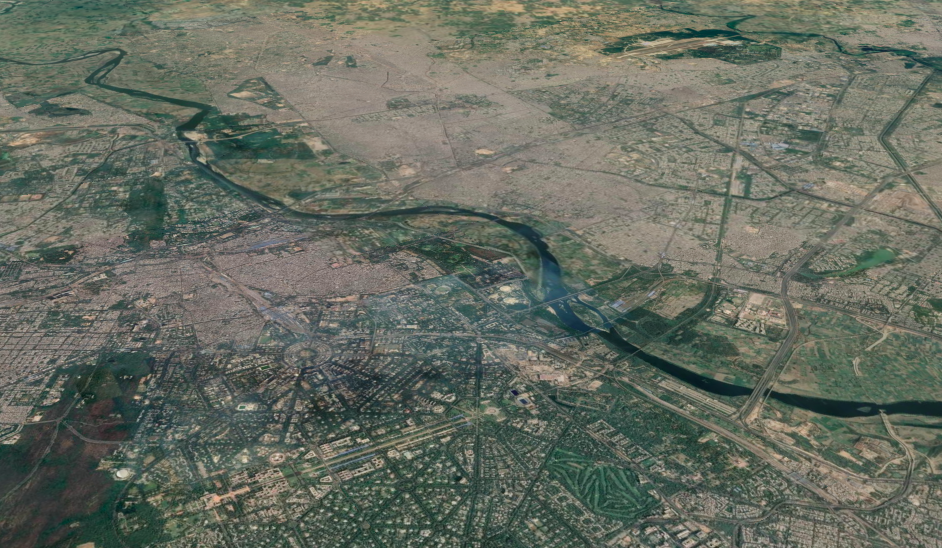 During an ongoing dispute over the causes of pollution of the Yamuna river, the Centre told the Supreme Court that “Delhi is the most habitual offender”.

Additional solicitor general Aishwarya Bhati quoted data from the Central Pollution Control Board (CPCB) to inform the bench that Delhi had 35 sewage treatment plants with the capacity to treat 2,715 million litres a day of sewage. The problem: only one plant remains functional, and treats 90 million litres a day. As a result, more than 3,000 million litres of sewage flows untreated into the Yamuna.

Adjudication in environmental matters linked to river pollution poses a significant challenge to traditional courts – especially when the legal counsel seeks brownie points based on unverifiable parameters to assess purity and contamination.

The view that governments have complete responsibility for the maintenance of river quality is a convenient excuse for polluting industries – which bargain for higher profits over environmental norms.

The charge that poor people or neighbourhood farmers are the culprits behind declining sanitary conditions along rivers is another example of a prevailing trend: in blaming the weak for all of society’s ills.

As a result, the people are having a tougher time, and expending more labor, to effectively resolve environmental disputes.

The UN coined the term ‘greening justice’ when suggesting that courts comprehensively understand ecological issues when adjudicating on issues linked to people, other living species and their rights.

In the ongoing hearings before the apex court bench, including Chief Justice S.A. Bobde, the lawyers have limited all their arguments to sewage treatment plants (STPs). These technological marvels have been presented both as saviour and as culprit.

The counsel for the Central Pollution Control Board (CPCB) has argued that in the absence of a sufficient number of STPs, the Yamuna river should be considered to be polluted. The Haryana government has blamed the high concentration of ammonia due to limitations in the STPs’ design.

It is a pity here that the lure of technology and profits has prevented the conversation from appreciating rivers’ own ecological functions, which also can help clean the water. Our over-reliance on technology has engendered an indifference, among Indian leaders at least, to rivers’ livelihood functions and their impact on dependent populations.

The experience of experts and non-experts alike has shown that many river sections reported to be sparkling and clean may not necessarily be alive or functional at the same time, especially if they lack the requisite biodiversity of fish, microorganisms and flora. Signs of life in flowing water should really replace water appearance in assessments of river rejuvenation efforts, together with the dependent population’s livelihood functions.

However, the present government has been bent on privatising public sectors organisations, including in the arena of cleaning rivers. Companies erect massive STPs and dump them on urban local bodies for upkeep and maintenance, often when the latter lack the necessary skills and resources.

In one of its studies, the Union environment ministry reported that 70% of all STPs in the country are dysfunctional. But still the same government to which the ministry belongs continues to push these wasteful ‘solutions’.

It is time to think out of the box. For example, consider the following design: wastewater, as sewage, passes through a series of natural filter bunds in cascading fashion, designed to isolate physical contaminants. The churning water helps to biodegrade the organic matter before it is drained onto wetlands that have several select species of grasses and microorganisms that then transform the water from lifeless to ‘life-full’ before it enters the river. The capital costs here would be limited to land acquisition, infrastructure and propagation of the plant species. The resulting sludge will be easy to clean so the setup will be almost maintenance-free.

Will the court embrace such a unique simple model? This is hard to contemplate. The CPCB – which is the principal scientific agency as part of the court proceedings – will have to place its views before the bench.

It’s also important to note that such a biological cleaning model wouldn’t work to clean the whole Yamuna. This is because this model is the last step in the scheme of things. It can be effective only at the end of a series of steps – the first being decentralised wastewater treatment upstream, beginning at housing communities in Delhi.

The problem with the Delhi government’s piped water-supply is that some 80% of the water is reject water. The water flowing out from households after single use has the least amount of contaminants, so officials need to distinguish it from the typical sewage, which is a lot dirtier. The government could monetise the reject water with a buy-back arrangement after primary treatment. This will help recirculate the water while substantially reducing the treatment load at the Yamuna.

More broadly, government officials at all levels can use a combination of technologies together with knowledge of urban habits to help rejuvenate the Yamuna. STPs can be part of this mix; they just can’t be standalone. In fact, the critical aspect here is decentralisation: to move away from the riverfront, further upstream, where the waste is first produced.

On-site wastewater management is a sustainable and cost-effective solution when operated by private operators. Decentralisation calls for changes in urban planning and architecture, and strengthening urban environmental laws for housing societies, gated communities and commercial establishments to treat, recycle and reuse wastewater.

In addition, decentralised wastewater models can become relevant and competitive only if we adopt business solutions.

The profits from recirculation need to be visible and enticing, along with environmental gains that are publicised. The consequent earnings from the social enterprise could also encourage more people to participate in this and other similar urban greening exercises. In future, all community housing should be required to have decentralised wastewater treatment systems.

And when a wastewater treatment turns into revenue-generating activity, the business model acquires market characteristics, business principles and values. New entrepreneurs need to step into such economically viable businesses, serve the public interest and safeguard our shared environment.

The ultimate outcome of adopting decentralised solutions will be better access to environmental justice at the grassroots. Currently, the law as it pertains to waste management remains mostly invisible to the people, and becomes prominent only after any litigants have reached the green tribunal. If legal services and support could become available at the local level, they could help improve public health for low-income communities, mitigate groundwater contamination and eliminate the illegal occupation of small water bodies.

Wastewater treatment is an emerging field in which to contemplate and apply concepts of environmental justice. It is an interdisciplinary subject that we need to consider without sticking to lazy solutions like STPs, and include questions of health, lifestyle and livelihoods. we should also consider the possibility that by sticking to STPs, we could discourage participatory greening in cities.

The Supreme Court’s judgement on the Yamuna river will have many consequences. The verdict will certainly send a strong message to stakeholders to account for the river’s poor state – as well as knock back on the common person’s impression that spending more money will automatically yield better results. Indeed, without getting into the merits of technical interventions, the court should ultimately consider the common person’s wish to bathe in the Yamuna at least once in their lifetime.