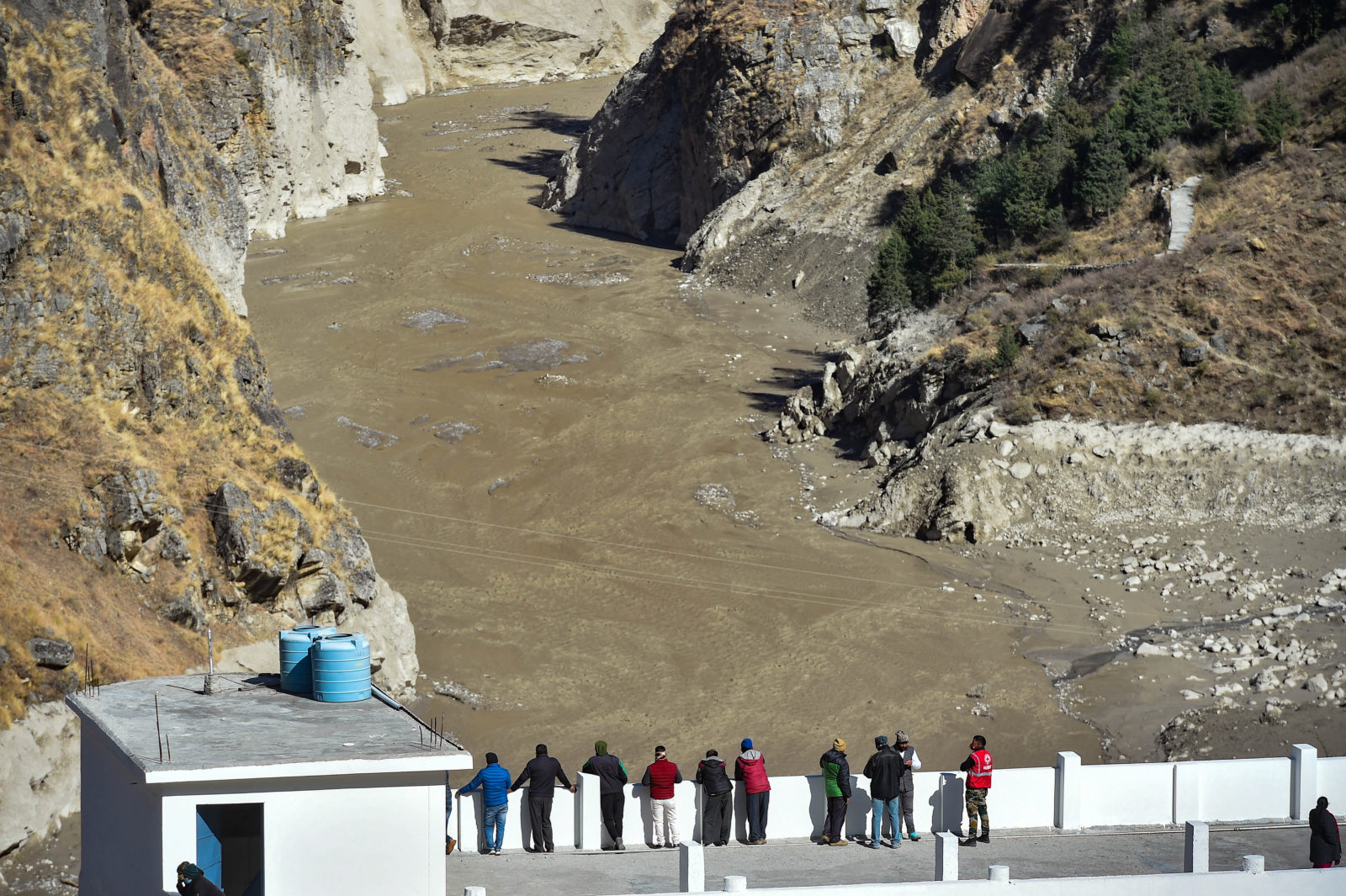 Intern at AIIMS Rishikesh Dies 11 Days after Getting Vaccine Dose

Residents look on from the terrace of a building, after the search and rescue operation near Raini village was halted due to surge in water levels of Rishiganga river in Chamoli district of Uttarakhand. Photo: PTI Photo/Arun Sharma

Pithoragarh: Unscientific cutting of Himalayan soil by infrastructure projects is disrupting the fragile ecology of the region and causing disasters, warned a former official of the Geological Survey of India (GSI) on Tuesday.

Former additional director general of GSI Tribhuwan Singh Pangti, who was associated with the now demolished Rishiganga hydroelectric project for initial two years as a geologist, said the hydroelectric companies working in the Himalayas have no knowledge of land formation of the region due to which all projects are causing natural disasters.

“Separating layers of Himalayan soil with big machines without knowing fully about its characteristics is doing grievous harm to the region,” he said.

“If these companies want to work in the Himalayan region they need to acquire knowledge of geological susceptibility, geo hazards and glaciological studies from some known Himalayan experts before initiating any hydroelectric project in the region,” Pangti told PTI.

The state government needs to form a high-powered committee of experts to advise on matters of all infrastructure projects in the Himalayan region, he said.

“If such an expert committee is not formed, projects being installed in the fragile Himalayan region are bound to invite natural calamities in the future which may even be bigger than the recent flash flood in Rishiganga,” Pangti said.