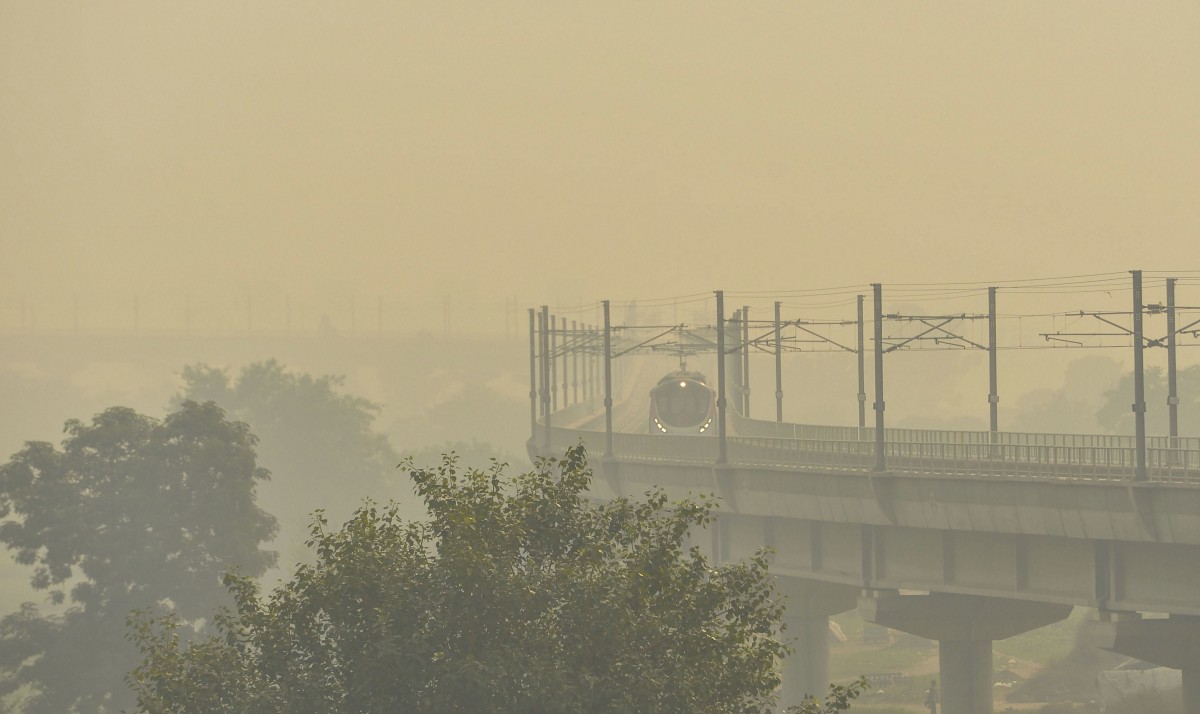 Air Pollution in Delhi after Diwali celebration in the Patparganj area. Photo: PTI

New Delhi: The Supreme Court on Wednesday, September 29 slammed six leading manufacturers of firecrackers in the country for their usage of barium and barium salts after taking into account a preliminary inquiry report submitted by the Central Bureau of Investigation (CBI), LiveLaw has reported.

A bench including Justices M.R Shah and A.S Bopanna deemed it a ‘flagrant violation’ of the court’s February 2017 orders prohibiting the use of hazardous toxic chemicals in the production of firecrackers. The CBI report further claimed that manufacturers were also distorting the labelling process for such products.

The court said, “Considering the report submitted by the CBI, it prima facie appears that the court’s earlier orders on use of barium/barium salts as well as orders passed by the court on labelling fireworks have been violated.”

According to the report, Justice Shah, while emphasising the problem of air pollution caused by the bursting of crackers stated that the court regulations for green crackers have not been executed. He said that the court was not issuing any new order but rather only seeking compliance with its previous order.

“We have to take a balanced view looking at the country because every day there is a celebration. We have to see other factors also, we cannot allow people to suffer and die. There are people suffering from asthma and other diseases… children are also suffering,” the judge said.

The court ordered a CBI inquiry into the issue after receiving several complaints in March 2020. As per the report, the court has given an opportunity to the manufacturers of firecrackers to file a counter-affidavit before the next hearing to present their case which is scheduled for October 6, 2021.

The Wire Science@TheWireScience
4 Following 27.5K Followers
The use of machine learning tools can be a time-and-cost-effective way to enhance the IUCN Red List and help overco… https://t.co/54zj4fh004
22 hours ago
A new study shows that the Arctic has warmed nearly four times faster than the rest of the world over the past 43 y… https://t.co/TBkbSlNfM0
24 hours ago
3
Currently, our governments are beholden to corporate interests, which has led to the unmitigated proliferation of s… https://t.co/Yvmxmzzxoe
1 day ago
2
If you had COVID-19 due to an infection by the 'original' strain, your immune system wouldn't learn anything new fr… https://t.co/7quf4x4Bui
1 day ago
1 6
Every country deserves an equal opportunity to develop, but it is also a universal human right to breathe clean air. https://t.co/bc0e1kcxCG
1 day ago
Scientific evidence in the form of studies and expert opinion plays a crucial role in proving illegal fires have oc… https://t.co/QG0R6h39IZ
2 days ago
2 3
While species like pandas and tigers are well studied, researchers don't know enough about some species – called "d… https://t.co/LtVJYlACYR
2 days ago
1
New research found that it might not be an active viral infection causing long COVID-19 and similar conditions, but… https://t.co/dnggRU7irk
2 days ago
2
Close contact that transmits the monkeypox virus involves encounters that are typically more intimate or involved t… https://t.co/9T75QuSlDz
2 days ago
3
More than half of species that have so far evaded any official conservation assessment are threatened with extincti… https://t.co/QHKC8RXbsN
2 days ago
1
Recent breakthroughs in the neurodiversity movement triggered a call for autism research to focus on empowering aut… https://t.co/ijLllqfBAP
3 days ago
2 3
STIs are spread primarily through sexual contact, while monkeypox can spread through any form of prolonged, close c… https://t.co/wJPo6rwnzW
3 days ago
1
It's like trying to catch smoke. Forest-fire haze drifting from Indonesia to neighbouring countries every dry seaso… https://t.co/IYeCrqRe18
3 days ago
2
Like COVID-19, the lumpy skin disease is caused by a virus. The lumpy skin disease virus, as it is called, belongs… https://t.co/r7fLwk6H5a
3 days ago
1 1
Companies – mostly oil-palm producers – have used fire as a tool to clear forests and peatland areas for agricultur… https://t.co/Qhckblm8fa
3 days ago
5 9
Contact us