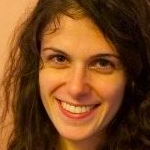 Chinese leaders and delegates at the opening session of the National People’s Congress in Beijing, March 5, 2021. Photo: Reuters/Carlos Garcia Rawlins.

This week, China has unveiled its agenda for the next five years. The economic blueprint sets goals and pathways for a vast range of sectors, including energy and climate change. The world is watching. Observers said that the five-year plan “could lead to an increase in global emissions” (source), it’s a “strategy for tech supremacy” and an attempt to “overtake the US”. But why are China’s domestic plans so important for the whole world? And what’s in this plan for the global energy transition and climate change?

I spoke with Lauri Myllyvirta, an air pollution and climate expert with the independent research organisation Centre for Research on Energy and Clean Air, to unpack the key energy and environmental goals and see what lessons are in it for the next big polluter: India.

Lights On: What’s so important about China? Why do its domestic plans matter so much to the world?

Lauri Myllyvirta: China is responsible for 30% of global carbon dioxide emissions from the energy sector, which is huge, given the fact that it has about one sixth of the global population and the global GDP. So it’s not just a big country, but a country with a very carbon intensive economy. And until recently, China’s emissions have been increasing. And that increase has been the main contributor to global growth in CO2 emissions. So that’s why the question about how fast China can bring this emissions growth to an end, and start reducing emissions, is central to the effort of peaking and declining global emissions.

What exactly is the five-year plan? And what’s so important about it?

The five-year plan plays a unique role in how China runs its affairs. The summary of their five year-plan released [this week] has a dizzying list of targets and policies for all parts of the economy, the society and the government, ranging from basic economic targets for employment, to consumer price index, agriculture, technology, infrastructure and, of course, climate, energy and air pollution as well.

Tell me a bit more about these targets and what they mean for China’s future.

The plan includes a target for reducing the carbon dioxide intensity of the economy, namely the amount of emissions per unit of GDP, the amount of energy consumed per unit of GDP, and a target for non-fossil sources in the energy mix. It tackles air pollution with the goal of “basically eliminating” heavy pollution days by 2035. So those are some of the headline targets.

But what’s even more noticeable is what’s missing from the plan. All the previous plans have included a target for average GDP growth for the next five years. And this is something that was dropped. From now on, the government will set annual GDP growth targets for each year, but it won’t have a five year target. And that hopefully gives the government some more flexibility to pursue other goals and not be so obsessed with hitting those GDP numbers.

What does this ‘flexibility’ mean in practice?

It’s a common refrain that pursuing maximum GDP growth is a problem for China, not just for the environment and emissions, but also economically because it leads to wasteful investment spending just to prop up the GDP. But whether doing away with this target changes that, or whether incentives remain for local officials and state owned enterprises to keep spending as much as possible, will be important to see. Certainly the intention behind this move is very important: Shifting from this single-minded focus on GDP to a broader range of indicators like employment, the income of urban and rural populations, and hopefully also environmental goals.

Let’s dig deeper into the environmental targets. Can you tell me a bit more about what’s in the plan for renewable energy?

This plan is kind of a blend of plans, it will be followed by a range of sectoral programmes. For now it only contains an overall target for non fossil energy, a combination of renewable and nuclear energy of 20% [of the energy mix] by 2025, up from about 16 percent last year. This is progress, but if you think that to get to carbon neutrality by 2060, China will have to be at essentially 100 percent non fossil energy by that year, it’s still quite slow progress. In that sense, [this plan] doesn’t send a signal that it’s going to be a big bang for clean energy.

There are also some details about building very long distance transmission lines across China. Quite a few of these lines are already in place, but the plan is to keep adding more to bring both renewable energy and coal based electricity from the western and northern parts of the country, to the big demand centres in the east. The positive step about this is that in the next 10 years, the target is for at least 50% of the electricity in these lines to be from renewable sources. That’s still not 100%, but it’s a big improvement over the current situation where the electricity transmitted through those projects has been heavily dominated by coal, except for the ones that bring mainly hydropower.

Let’s talk about air pollution, an issue keenly felt in India. It looks like China is effectively tackling the problem…

Beijing and much of eastern China used to be much like [what Indian cities experience today], most of the winter would qualify as “heavy pollution days”. Now, it’s down to 20, 15 days a year. And now, what does “basically eliminating” mean? Does it mean that most years there will be no heavy pollution days? Or does it mean that there will be maybe five days on average?

That’s not a very specific target, but it is potentially a strong mandate for the environmental ministry, because this appears to be a national target. So far, air quality measures have heavily prioritised what is known as the three “key control regions”, comprising about 30% of the country in terms of population and economic output. But now this mandate expands beyond those priority areas.

Many people in India will want to know how China achieved that. But policymakers have been pointing out that in a democratic system, implementing radical reforms is hard. Are there still lessons that India could learn from China?

Every country has its own governance system. So there are parts of plans like this that have to be adapted. Of course, you can’t just translate the Chinese air pollution action plan into Marathi and Hindi and tell their local officials to run with it. But at the same time, there are some aspects that are absolutely applicable, and have succeeded, elsewhere. If you look at California or you look at Mexico City, they’ve done some of the same things.

What I want to emphasise is, first of all, having these regional level plans. India currently has a National Clean Air Programme that puts the burden entirely on individual cities, whereas if you look at any heavily polluted Indian city, especially in the north, most of the pollution is going to be coming from outside.

The other aspect is simply having targets and timelines for meeting them and the monitoring in place to measure the achievement of those targets. Of course, India’s clean air plan was also an improvement in that direction, but there’s still a lot to do with monitoring and timely reporting. If you look at China’s environment ministry, they publish a report every month on air quality trends, and bigger reports every quarter and after the winter period, showing which cities and provinces made progress and which didn’t. Those are not complicated things there.

India’s system seems to be wired differently. Here, pollution monitoring is a constant battlefield between environmental bodies and industrial lobbies, so changing the game would be actually pretty hard.

China used to have a massive problem with industries violating emission standards, not installing required air pollution controls, or installing them but not operating them to save on running costs. And over the past seven years, the country’s gotten to the point where the vast majority of major industrial plants have continuous emission monitoring, and they’re fined automatically if they’re not meeting their emissions limits. If you just look at the satellite based measurements of pollutant levels, you can see that especially sulphur dioxide emissions have come down by 80% to 90%, which is very dramatic. So that basic part of emission standards and enforcing them is certainly applicable to any country.