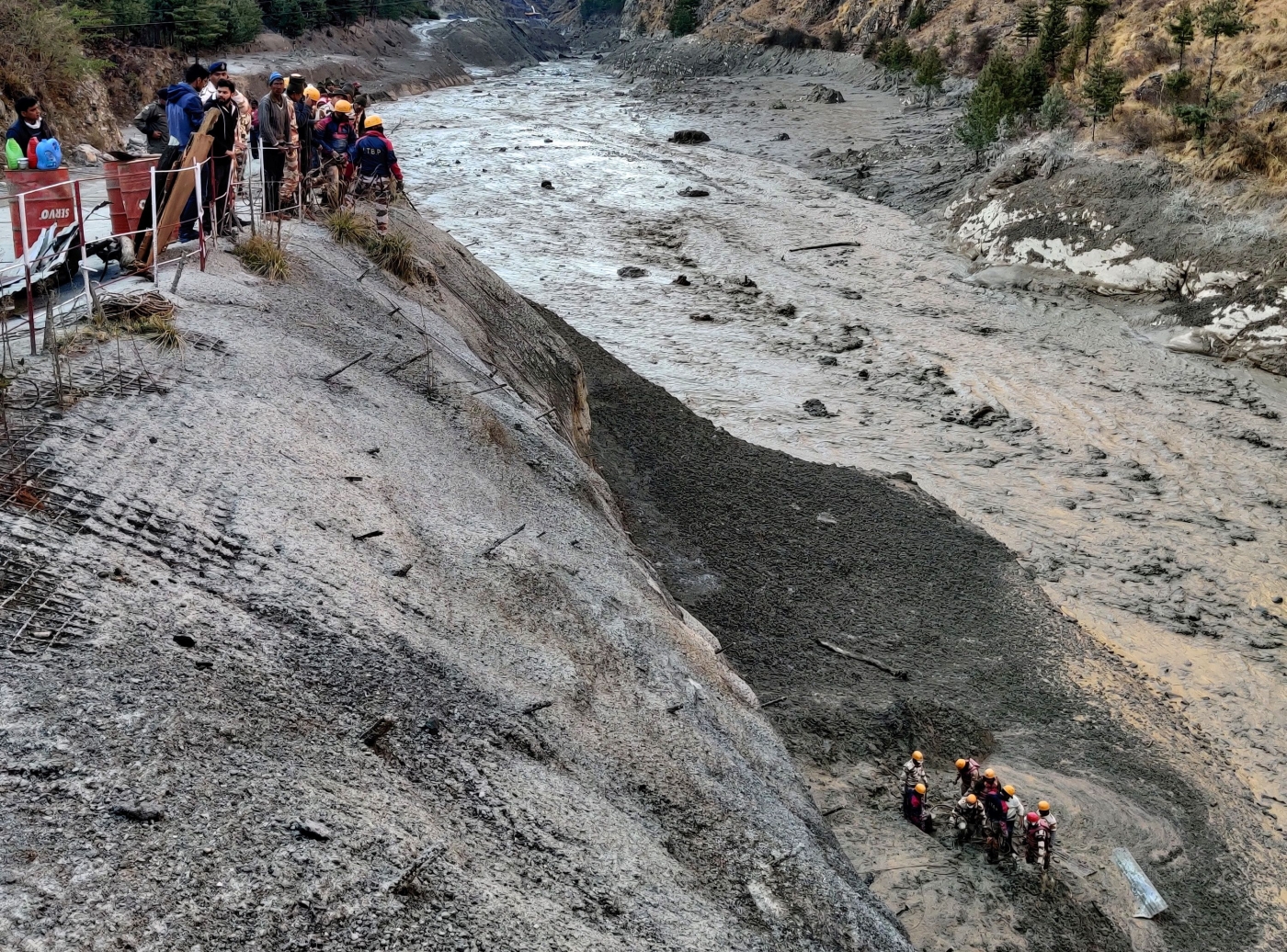 In 2019, a petitioner from a village named Reni, in Chamoli, Uttarakhand, had filed a public interest petition at the Uttarakhand high court. Kundan Singh’s charge was that the Rishi Ganga Power Project, set up near the village in 2005, was resorting to environmentally unsound practices that endangered a river, the wildlife in the area and the rights of Reni’s residents to preserve and access their cultural heritage.

Reni was one of the principal sites of the iconic Chipko Movement in the 1970s.

The Uttarakhand high court issued notices to the Centre and the state government and asked them to reply within three weeks to the petition.

The causal link between cigarette smoking and the risk of lung cancer wasn’t apparent for a while, before becoming unavoidably apparent. Similarly, the cause-effect relationship between the scale of hydrological disasters and energy projects may not have been obvious at the time. But today, the apprehensions of Reni’s residents have been borne out in a still-unfolding disaster whose magnitude may forever be tied to the perils of global warming and reckless civil engineering.

On the morning of February 7, a devastating flood swept through the Chamoli district of Uttarakhand. Telling camera shots show a massive burst of water rushing violently through a narrow river valley, leaving a trail of destruction in its wake.

The Chamoli event comes nine years after the Kedarnath flash flood disaster of 2013, in the Rudraprayag part of the state.

Although it will be quite some time before experts and officials are able to ascertain the cause of the disaster, what reports are available imply that the Chamoli incident could be a repeat of the Kedarnath one – especially in terms of loss of life, human suffering, destruction of settlements and the economic consequences.

The 2013 flash flood was the result of a sudden, intense and untimely cloud burst combined with a glacial dam-breach, resulting in the death of more than 5,000 people and the misery of thousands more. It was also a forerunner of sorts – a spectacular demonstration of the tragedies that researchers had warned would assail the region.

Though it was not brought on by a cloud burst, the Chamoli event was also finally a flash flood. A chunk of a glacier at Nanda Devi broke off near Joshimath in an untimely fashion, avalanching into the Risha Ganga river and causing the latter’s levels to surge dangerously.

The scale of the tragedy is linked to several hydroelectric projects of varying sizes that straddle the river. The Rishi Ganga Power Project (13.2 MW) upstream of Alaknanda was the first to face the brunt of the avalanche. The debris from this plant damaged other units downstream and endangered the lives of the people working there. This includes the state-run Tapovan (520 MW) and Pipal Koti (4×111 MW) projects and the private Vishnuprayag (400 MW) project.

While the 2019 petition was directed at the Rishi Ganga Project, all of these projects have faced public opposition. In fact, the Indian government has transformed this whole region into a resource frontier devoid of any ecological value, treating it as a barren wilderness that could be the source of supposedly low-carbon energy.

But this is a myth.

Consider the following: the Chamoli flood was the result of a glacial break-off that surprisingly occurred at the edge of winter. It is hard to overlook here a detail reported by the Divecha Centre for Climate Change, Bengaluru, in a 2018 policy brief: that the average temperature in the northwestern Himalaya has risen by 0.66º C since 1991 – an increase much higher than the global average. The higher Himalaya became even warmer on average in the same period.

Scientists from the Snow and Avalanche Study Establishment (SASE) in Chandigarh also reached the same conclusion – that winters in the northwest Himalaya have been getting warmer and wetter in the last 25 years. And these findings together indicate that a region that has for many millennia been marked by its extreme cold in the winter is already started exhibiting completely opposite trends.

So the Chamoli flood was simply waiting to happen, and the science tells us that there is every chance such incidents will only become more common in the Himalaya.

Infrastructure projects like the various power projects affect the region first when they are constructed – and then when they come in the way of powerful natural forces. Put another way, high-velocity flows turn into disasters when they have to mediate with the built-environment present in the way. The Chamoli disaster is no exception to this rule, and this is why it should be treated as yet another warning against the unregulated construction throughout Uttarakhand’s river valleys and floodplains.

The Chamoli disaster is still evolving, and it will be many days, if not longer, before we know all the significant details. But there should be no doubt it’s a sign of our stupid developmental priorities and proves our inability to sustainably develop ecologically sensitive zones.

A major post-2013 consensus was to insist on appropriate land-use planning and watershed management practices for the Uttarakhand Himalaya and to adopt ‘best practice’ norms for constructional projects – both to minimise damage to ecosystems. But state and central administrators have chosen to throw caution to the winds and grant approvals to dozens of hydroelectric projects unsuited to a terrain that is already vulnerable to unpredictable natural hazards.

Another consideration that emerges organically from this disaster is how effective our management strategies are. The 2013 Kedarnath disaster was also a wake-up call to establish responsive, early-warning systems including radar-based technologies.

The Central Water Commission was reportedly able to use a radar-based instrument to monitor Rishi Ganga’s water levels in real-time yesterday and help the Centre’s response. But it is not yet clear if the tool is appropriately effective, if state authorities have access to it to coordinate local operations or even if – more broadly – the latter have made efforts of their own, as they should have.

In any case, the writing is clearly on the wall. If we still elect to do nothing about it, the words from an old comic seem apt: we have seen the enemy and it is us.

C.P. Rajendran is an adjunct professor in the National Institute of Advanced Studies. The views expressed here are the author’s own.