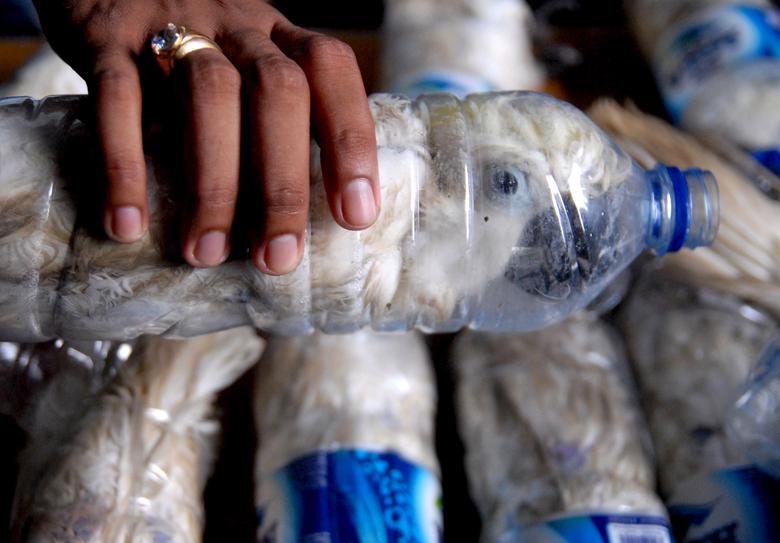 What Is Sustainable Menstruation?

A policeman holds a water bottle with a yellow-crested cockatoo put inside, as part of an illegal trade seizure. Photo: Reuters/Antara Foto/Risyal Hidayat.

New Delhi: By February 2021, 32,645 Indians from 25 states and five union territories had declared possession of exotic live species to the Ministry of Environment, Forest and Climate Change (MoEF&CC), according to IndiaSpend.

The Centre had announced a ‘voluntary disclosure scheme’ in June 2020 urging Indians to declare possession of any “exotic live species”.

Jose Louise, head of wildlife crime prevention unit at the Wildlife Trust of India, told The Hindu, “This move is going to be a disabler in the business of wildlife trade.”

Earlier, it had been limited to customs officers to check whether an animal was being imported following a CITES rule.

According to All India Radio, many Indians possess exotic animal species listed under the Convention of International Trade in Endangered Species (CITES), an international agreement between governments to ensure international trade doesn’t endanger wild animals, birds and plants.

According to The Hindu, the Delhi high court bench of Chief Justice D.N. Patel and Justice Prateek Jalan said, “Once a voluntary disclosure is made under the scheme within the stipulated time period of six months, no inquiry or action can be initiated against the person for possession, breeding or transportation of the exotic species within India by the officers of any government agency or department.”

The comment was in response to a plea filed by the Khodiyar animal welfare trust for the environment ministry to include animals in its voluntary disclosure advisory that are not mentioned in CITES but require protection anyway.

Sumanth Bindumadhav, a wildlife campaign manager at Humane Society International, a global animal welfare organisation, told Down to Earth, “There is a growing domestic trade in exotic species of wildlife such as sugar gliders, corn snakes that is unfortunately not listed under the various appendices of CITES.”

The advisory for the disclosure scheme also says ‘exotic live species’ doesn’t include species from the schedules of the Wildlife (Protection) Act 1972, Times of India reported.

According to the government’s notification, the scheme will enable regulatory and penal regimes once the six month window for voluntary disclosure closes.

The Supreme Court of India had also upheld a Allahabad high court order that said no one can be prosecuted upon declaration of acquisition or possession of exotic wildlife species between June and December.

However, The Hindu also said it wasn’t clear if people who voluntarily disclosed possession of ‘exotic’ animals could be investigated and/or prosecuted by the directorate of revenue intelligence and wildlife crime control officers over acquisition or possession.

Soumitra Dasgupta, inspector general of the environment ministry’s wildlife division, told Down to Earth, “The major reason to do this is to regulate the trade because zoonotic diseases are linked to wildlife. With this advisory, we will know how many such exotic animals are there in the country.”

Also read: How Wildlife Is Trafficked by Air in and Out of India

“We are exercising extra caution at Chennai airport now” amid COVID-19, customs commissioner Rajan Chaudhary told Zee News. “Since the novel coronavirus is believed to have originated from certain types of animals, we have ensured that our staff handle the seized animals while wearing adequate protective equipment.”

Despite the new regulations, wildlife trade carries on unabated, with multiple reports of illicit exotic animals trade busted in Hyderabad and Assam. The trafficking syndicate also spills across borders with reports of smuggling from Bangladesh and Myanmar.

India is among the top 20 countries for illegal wildlife trade, according to data analysed by TRAFFIC. Chennai and Mumbai airports act as key destinations and origin points for traffickers, according to a report published by the Reducing Opportunities for Unlawful Transport of Endangered Species (ROUTES) partnership in May 2020.
The Wire Staff 23/03/2021
Share
Tweet
Share
Share