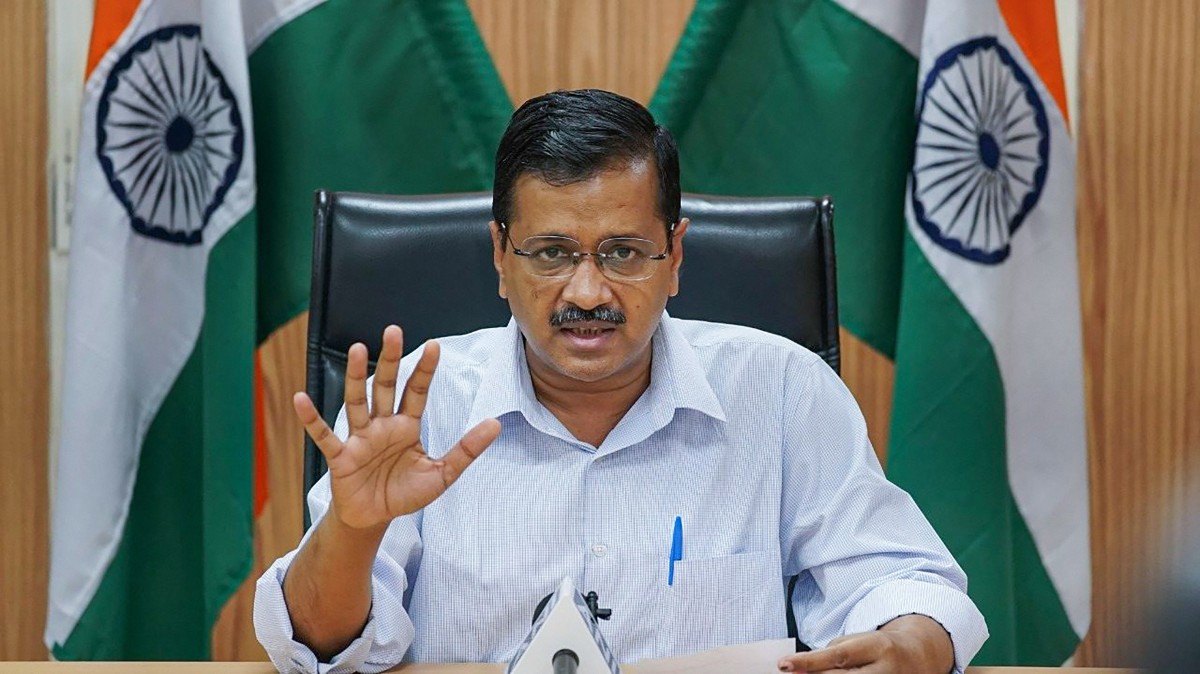 COVID-19: Everyone Is Funding Oxygen. That Is a Problem.

New Delhi: Singapore on Wednesday said that it reserved the right to invoke a domestic law on the online circulation of fake news against the Delhi chief minister Arvind Kejriwal for his tweet about a COVID-19 variant demonstrating more ferocity in infecting children in Singapore.

The southeast Asian city-state has been up in arms since Kejriwal’s tweet in Hindi, which resulted in the Indian high commissioner being summoned to the Singapore foreign ministry on Wednesday. It also issued directions to Facebook, Twitter and SPH, Singapore’s leading media company, to carry a correction notice with all posts related to Kejriwal’s remarks.

Individuals in breach of the Protection from Online Falsehoods and Manipulation Act (POFMA) may be liable to a fine up to S$50,000 and/or up to five years imprisonment.

In his tweet posted on Tuesday afternoon, Kejriwal said that coronavirus has taken a “new form” in Singapore and turned “very dangerous” for children. He wrote that this could herald a “third wave” in India. Further, he appealed to the central government to stop all air services with Singapore and prioritise the vaccination of children at the earliest.

He also posted another tweet with a link to a news item published by news agency AFP.

Indicating the seriousness with which the city-state was taking the issue, Singapore high commissioner to India Simon Wong held a special media briefing on Wednesday evening.

He said that he was “heartened and satisfied” by the clarifications from Jaishankar and MEA and hoped to put this “unfortunate chapter behind us”.

On the ongoing political spat between the BJP and Aam Aadmi Party, Wong stated that he doesn’t “dabble in domestic politics”. “I leave it to the Government of India and political parties to sort it out”.

He asserted that prominent political office holders “must have a responsibility not to propagate falsehoods”.

The Singapore envoy then cautioned that his government has considered bringing charges against Kejriwal under a domestic act targeting fake news.

“So, indeed in Singapore, there is an act called the Protection from Online Falsehoods and Manipulation Act known as POFMA. It is meant to mitigate the spread of misinformation, so we reserve the right to invoke POFMA on some of the comments and assertions made by the honourable chief minister on this topic,” Wong said.

There is an extra-territoriality clause in POFMA that allows for action to be taken against a person outside Singapore in case of communication that is “prejudicial to public health, public safety, public tranquillity or public finances” and “incite feelings of enmity, hatred or ill‑will between different groups of persons”, among others.

Prior uses of POFMA

When this act had been enacted in 2019, international rights groups had criticised Singapore for attempting to suppress dissent. The media watchdog Reporters Without Borders (RSF) described the act as “totalitarian”.

In January 2020, Singapore had issued a direction to a Malaysian NGO, Lawyers for Liberty, for an article on death sentences in the city-state. After the Malaysian NGO refused to accept the orders, its website was blocked in Singapore.

According to diplomatic sources, with rising COVID-19 numbers and restrictions brought back into place, it is a “sensitive” period in Singapore, which is being extra-vigilant about ensuring racial harmony between various communities.

There have been at least two recent racial incidents against Singaporeans of Indian descent, where they were assaulted for not wearing a mask properly.

Earlier this month, the Singapore government had to invoke POFMA to ask social media companies to issue a correction on viral videos claiming that travellers from India were arriving at Changi airport despite a travel ban.

Also read: ‘Kejriwal Has No Competence to Speak on COVID Variants’: MEA After CM’s Singapore Tweet

“There is no truth whatsoever in the assertions found within the reports. There is no Singapore variant. The strain that is prevalent in many of the COVID-19 cases in recent weeks is the B.1.617.2 variant, which originated in India. Phylogenetic testing has shown this B.1.617.2 variant to be associated with several clusters in Singapore,” said the health ministry’s statement, which the Singaporean embassy in India also tweeted.

There is no truth in the assertion that there is a new COVID strain in Singapore. Phylogenetic testing has shown that the B.1.617.2 variant is the prevalent strain in many of the COVID cases, including in children, in recent weeks in Singapore.https://t.co/uz0mNPNxlE https://t.co/Vyj7gyyzvJ

Meanwhile, there were videos circulated of Singaporeans indignant that an Indian leader was claiming that there was a ‘Singapore variant’ when the current outbreak of the COVID-19 pandemic in the city-state is fuelled by the B.1.617.2 variant that was first detected in India.

Singapore has already brought back restrictions on movement, banning gatherings, restaurant dine-ins and gyms. It also closed down schools from Wednesday, citing the B.1.1617.2 strain being more virulent in younger children.

In his Facebook account last night, Singapore’s transport minister wrote that it was “disappointing to see such nonsense coming from Chief Minister Kejriwal”.

Even before the Singapore foreign ministry, the spokesperson of India’s foreign office was the first to announce that the Indian envoy had been summoned. The Indian diplomat conveyed to Singapore that the Delhi chief minister “had no competence to pronounce on Covid variants or civil aviation policy”.

It is highly unusual for the Indian Ministry of External Affairs to pro-actively acknowledge in public that a foreign government had summoned its high commissioner.

“So, let me clarify- Delhi CM does not speak for India,” he added.

Jaishankar also praised Singapore’s role as a “logistics hub and oxygen supplier” to India during its ongoing devastating second wave.

However, irresponsible comments from those who should know better can damage long-standing partnerships.

So, let me clarify- Delhi CM does not speak for India.

The Singapore foreign ministry’s readout on Wednesday stated that it was mainly “disappointed that a prominent political figure had failed to ascertain the facts before making such claims”. “MFA met the High Commissioner of India P Kumaran this morning to express these concerns,” said the statement.

Balakrishnan then tweeted, expressing gratitude to Jaishankar for his strong statement.

Responding to the chief minister’s appeal, India’s aviation minister Hardeep Singh Puri said only a few flights are being operated between the two countries under the government’s Vande Bharat Mission to bring stranded Indians back and added that “all precautions are being taken”. The aviation minister replied to the Delhi chief minister’s tweet, saying, “Kejriwal ji, all international flights have been stopped since March 2020. We have no air bubble with Singapore either.”

Meanwhile, the Delhi chief minister kept silent, but his deputy Manish Sisodia was defiant. He stated that Kejriwal was only worried about the plight of India’s children.

In a political dig at the BJP-ruled central government, Sisodia claimed that if the Indian external affairs ministry had shown urgency as it did in issuing a statement against Delhi chief minister, then MEA would have been successful in procuring vaccines for Indian children.

His remarks were a likely reference to the posters pasted in several parts of Delhi against Indian Prime Minister Narendra Modi and resulted in several arrests by Delhi Police.