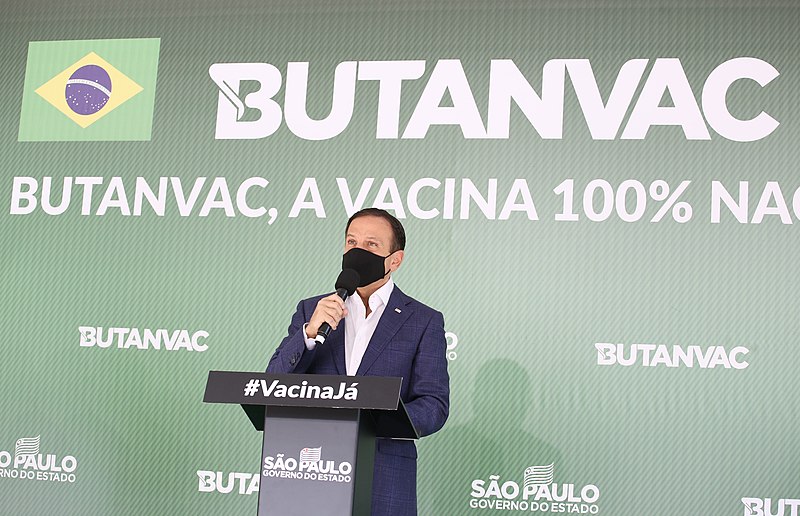 New Delhi: A new vaccine candidate holds promise for manufacturing affordable vaccines in countries that currently depend on imported vaccines, according to The New York Times. The candidate entered clinical trials in Vietnam and in Thailand in March 2021.

Butantan, the largest vaccine producer in Brazil, will seek authorisation from the country’s drug regulator ANVISA to start phase 1 and 2 clinical trials in April to develop the new vaccine candidate, dubbed ‘ButanVac’, according to the institute’s official notice.

With a share of 85% of the total production capacity, Butantan will be the main producer of the vaccine candidate for Brazil and other low and middle income countries, according to the notice.

Existing vaccines by Pfizer and Johnson & Johnson vaccines are produced in specialised factories using ingredients that are hard to acquire, the New York Times reported. The new vaccine candidate can be mass produced using chicken eggs that are also used to produces billions of influenza vaccines every year.

The candidate uses as a vector of Newcastle disease, an infection that affects birds. This allows the virus to develop in chicken eggs in a process similar to making flu vaccines.

The Newcastle disease virus does not cause symptoms in humans, making it a safe alternative for producing the new candidate.

The candidate also uses a modified spike protein of the coronavirus, developed by researchers from University of Texas at Austin. This protein can change shape during an infection, helping the virus evade the body’s immune response.

Jason McLellan and other from University of Texas had discovered a way to ‘lock’ the shape of the spike protein of SARS-CoV-2, so that antibodies could recognise it and fight off the infection, the newspaper explained.

They were able to do this by changing two of more than 1,000 building blocks in the spike protein to a compound called proline, and called it the 2P spike.

This 2P spike, unique to SARS-CoV-2, is being used by Johnson & Johnson, Moderna and Pfizer-BioNTech for their COVID-19 vaccines. For the new vaccine candidate, ButanVac, the researchers further tweaked the 2P spike protein into a form called HexaPro.

According to the newspaper, HexaPro’s structure is more stable than that of 2P. It was also resilient and better able to withstand heat and damaging chemicals. The further modified HexaPro is being used in the new vaccine candidate.

The New York Times reported that University of Texas has also set up a licensing arrangement that will allow 80 low- and middle-income countries to use the modified spike protein in their vaccines without paying royalties.

Also read: The COVID-19 Vaccine Must Be Universally Available. Anything Less Is Immoral.

Being able to deliver more vaccines is what we need at such a critical time,” Ricardo Palacios, medical director of clinical research at Butantan, said in the notice. “We know how to produce ButanVac and have the technology for it.”

The first phase of clinical trials will conclude in July. While experiments with animals have raised hopes of the vaccine’s efficacy, clinical trials must establish that it works in people, according to New York Times.

Butantan is the largest producer of China’s CoronaVac in Brazil and is the most widely used vaccine candidate in the country at the moment, according to LiveMint.

Butantan will be able to produce 40 million doses from May to July and 100 million by the end of the year. The institute is backed by Sao Paulo state governor João Doria, who is widely expected to challenge Bolsonaro in next year’s general elections.