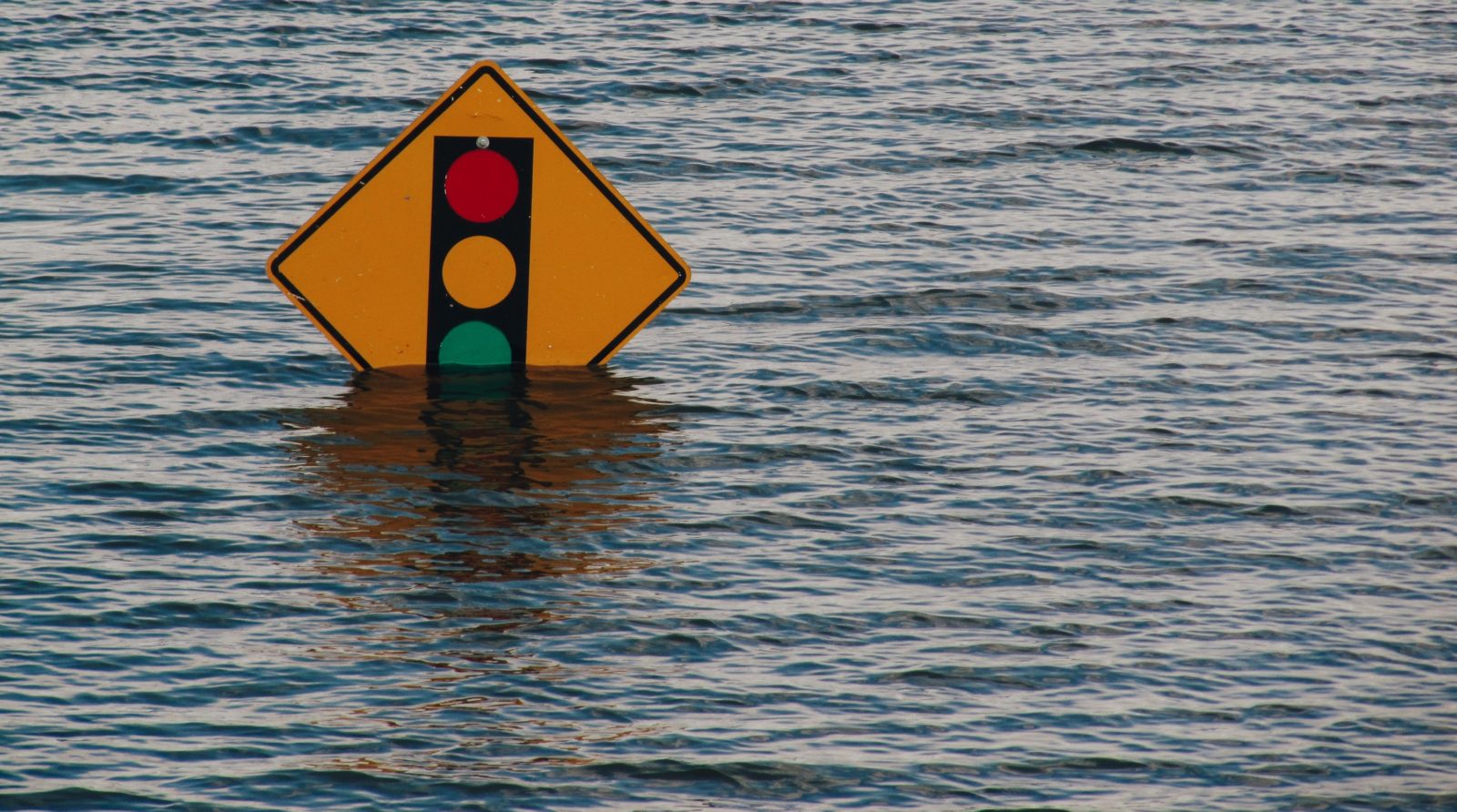 After every natural disaster in India that lays waste to a city or town, people, communities and governments coming together, and working together, has been key to a quick and meaningful recovery.

But after Cyclone Amphan made landfall over West Bengal and Bangladesh on May 20, many people were confused about how coming together could be a good thing when in fact the government had mandated physical-distancing in the face of the coronavirus pandemic.

How, for example, do you practice physical-distancing in a cyclone shelter that better accommodate as many people as possible?

This deceptively simple question is in fact a timely reminder that displacing poor people and impacting health systems is not the sole preserve of a pandemic. Climate change can do these things too.

Amphan’s landfall coincided roughly with the publication of a new report in the journal Nature Climate Change. It said “the COVID-19 pandemic will be an unprecedented test of governments’ ability to manage compound risks, as climate hazards disrupt outbreak response around the world.”

The report notes explicitly that the problem exists irrespective of the differences in the specific nature of threats across seasons and regions. “It should be seen as a sobering signal of what lies ahead for countries all over the world,” its authors write.

One of them, Christopher Trisos, a senior researcher at the African Climate and Development Initiative at the University of Cape Town, told The Wire Science that climate change is “a risk multiplier”. Extreme weather events made stronger by climate change – like tropical storms – could set back efforts to control the pandemic by disrupting supplies of food, clean water and electricity, and disrupt hospital services.

To Arivudai Nambi Appadurai, a director at the World Resources Institute India, Bengaluru, climate change is also a “threat multiplier” that exacerbates crises like pandemics.

Cyclone Amphan showed up when the region was also dealing with the COVID-19 pandemic. And “though India and Bangladesh handled the [cyclone] situation relatively well, thanks to advancements in early-warning systems and disaster response infrastructure,” Appadurai called the experience a lesson in dealing with the “compound extremes” we’re likely to face more of in future.

“The challenges are multi-fold, including crowded storm shelters that may emerge as viral clusters and outbreaks of other diseases triggered by the aftereffects of a cyclone, mainly due to flooding,” he explained. “The risk of the spread of cholera and bacterial infections like diarrhoea are high in storm shelters. A lack of water and sanitation facilities will exacerbate the spread of both the epidemic and the pandemic.”

But as generalisable as these problems may seem to be, “I don’t think there’s a one-size-fits-all strategy, or a universal answer,” Colin Carlson, an assistant research professor at the Centre for Global Health Science and Security, Georgetown University, and an author of the report, said. “Getting masks, testing and basic or emergency medical [equipment] where it’s needed is going to be key.”

“In the US, I know that state and federal emergency responses will probably lean towards evacuation, knowing it will cause a spike in [coronavirus] cases and planning ahead for it.”

This ‘compounding’ of events – natural disasters amplified by climate change, plus their effects on public health systems – are already visible around the world. The report quotes many examples. Just as the pandemic was about to reach their shores, Fiji was hit by a severe tropical cyclone and the US Gulf Coast was expecting the start of hurricane season.

In South Africa, local authorities are struggling to maintain physical-distancing as floods overwhelm informal settlements. In Zimbabwe, a drought left millions without access to clean water and at risk of acute food insecurity. Drought-related power cuts are in fact common in southern African countries and will affect these countries’ ability to respond to the pandemic, the report’s authors warn.

These problems are not new, of course. Recall how Hurricane Maria stalled Puerto Rico’s Zika surveillance programme in 2017. Appadurai also noted that drastic changes in weather patterns, shrinking habitats, land degradation and more wildfires induced by climate change have a direct effect on the emergence of new diseases.

However, the scale at which these events are happening renders them increasingly unprecedented. And the longer their effects last, the more they cripple local economies as well. This in turn increases a country’s recovery time, keeping it more vulnerable than usual to other disasters.

A ready example is West Bengal, whose COVID-19 mortality rate is nearly twice the national average, and whose government has estimated that losses due to Amphan could be as high as Rs 1 lakh crore.

It’s not just two things happening at once. It’s about each of those things making the effects of the other one worse. For example, Australians are concerned that an extreme bushfire season will increase regional air pollution, leaving them more vulnerable to developing severe COVID-19, as well as severely affect persons already at high risk of heat-related illnesses, including older adults, the poor, the disabled and the homeless. These outcomes will then, of course, further strain healthcare and the economy.

This “synergistic effect is … accentuated not only by the force of the individual disaster but also by underlying [conditions] such as widespread malnutrition, poverty, weaker health systems and suspension of routine public health work against other diseases due to over-concentration on a single disease, like COVID-19,” Patil said.

And as we’ve already seen with climate change and we’re seeing with the pandemic, “the developing world will always bear the major brunt” of their  effects, to use Patil’s words.

“Additional negative impacts to economies and livelihoods from extreme weather events, made stronger by climate change, threaten to stretch developing countries to their breaking point, setting back decades of work to reduce poverty and improve human wellbeing,” Trisos said.

On some counts, climate change and the pandemic – rather governments’ response to the pandemic – have common effects on the ground that could be at particular risk of getting worse.

In India, for example, many migrant labourers had been forced to migrate to cities in the first place after climate-change-related events like unseasonal droughts or extreme rainfall put paid to their livelihoods in the countryside.

But thanks to the nationwide lockdown that shuttered businesses and construction work in cities, and an apathetic state that gave only four hours’ notice and then didn’t have a plan in place to take care of migrant labourers, they were forced to return to their villages amidst great uncertainty, confusion and suffering.

Also read: As the Caravan of Migrant Labourers Departed, the City Stopped Being Our Home

As the Nature Climate Change report notes, “On an even broader scale, a combination of climate and geopolitical stressors are driving forced migrations.” Displaced people, including migrants and refugees in camps, are uniquely at risk during infectious disease outbreaks because of their living conditions, the centrality of social anti-distancing to their lives, and of course their lack of access to testing and care.

And one way or another, the large-scale migration will directly affect local infectious disease dynamics. “Local populations would have become used to local infections,” Patil explained. “But exposure of such naïve populations, which have never been exposed to new infections like COVID-19, will spark an epidemic as they will have no immunity.”

But evacuation and displacement “are the kind of situations that might [cause] unavoidable damage – which is why the earlier we can shut down outbreaks the better,” Carlson said. “The longer the pandemic lasts, the more unavoidable tragedies will happen, where evacuations produce super-spreading and people die unnecessarily.”

So as such, “any economic recovery plan for developing countries has to also build back the economy in a way that reduces risks from climate change by reducing greenhouse gas emissions and increasing access to healthcare services for the most vulnerable,” Trisos said. “If we do not do this, we are at risk of seeing climate change and pandemic impacts colliding again in the future.”

Climate adaptation also needs a long-term strategy for pandemic preparedness, according to the report. The COVID-19 emergency “has acutely overshadowed public reckoning with the climate crisis, and reverberations will continue long after the first declining wave of infections.”

“With the lingering effects of the pandemic, economic thresholds will be crossed sooner than expected,” according to Appadurai. So to stay afloat, India – whose GDP between April and June this year is already expected to decline by more than 9% – “must invest heavily in resilient infrastructure, especially health infrastructure, weather- and disease-forecast systems, and enhance the capacities of institutions and people.”

And through all of this, Indians must continue to wash their hands, wear masks and practice physical distancing. It’s a long road ahead.