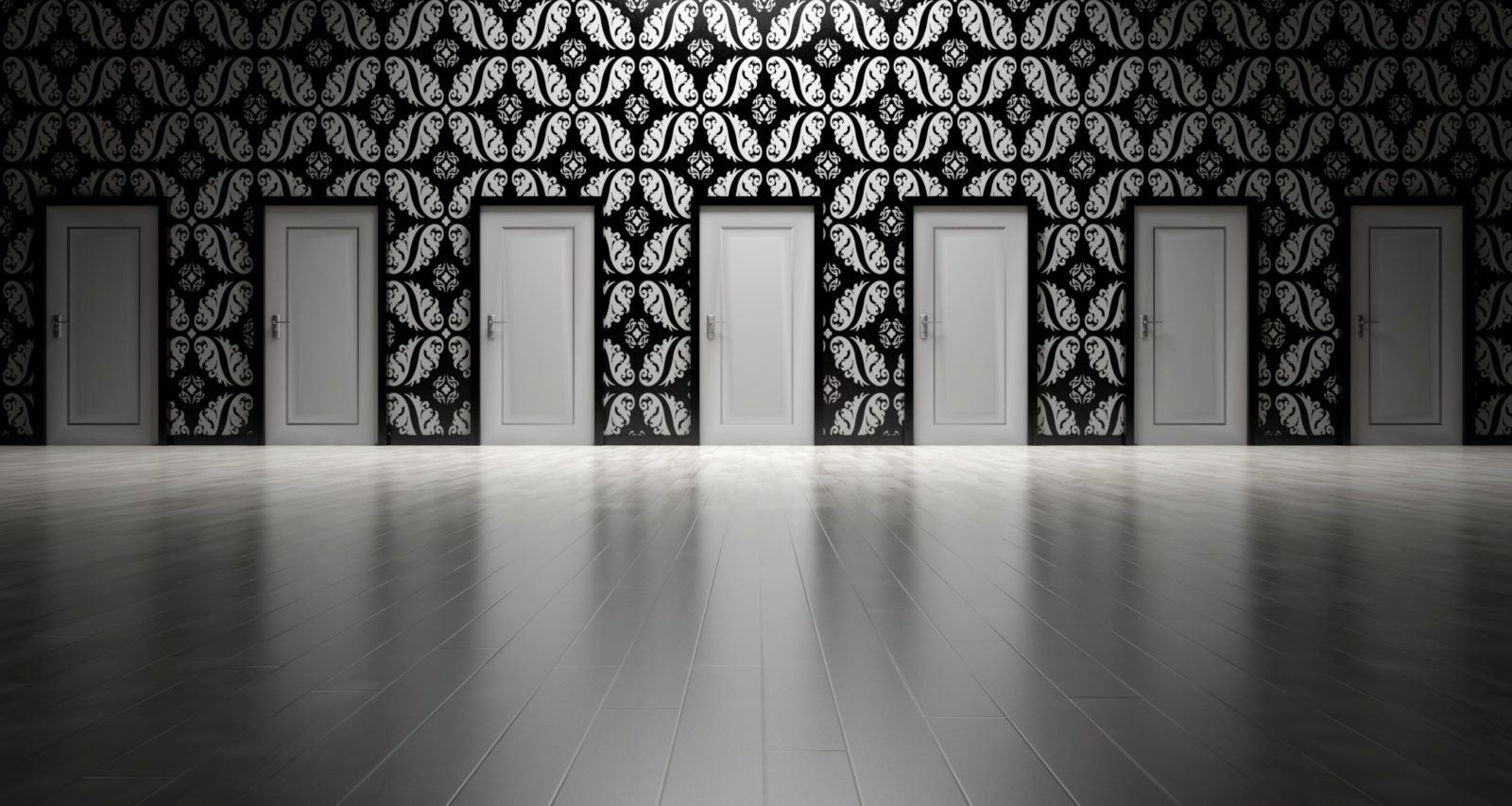 How Effective Are the Drugs Approved to Treat COVID-19 Patients in India?

Note: Early on July 15, 2020 (IST), Reuters reported that the US government had decided to drop its plan to deport all foreign students taking online-only classes at American universities after a legal challenge brought by MIT and Harvard University. The report continued, “A senior US Department of Homeland Security official said the administration still intended to issue a regulation in the coming weeks addressing whether foreign students can remain in the US if their classes move online.”

The COVID-19 pandemic had already wreaked havoc on non-immigrant workers and international students in the US before new changes to the country’s immigration policy exacerbated the crisis they face.

On June 22, US President Donald Trump restricted the entry of non-immigrant workers to the US until the end of the year, affecting holders of H-1B, H-2B, L-1, and J-1 visas. H-1B, H-2B and L-1 visas are for skilled workers, seasonal employees and corporate executives respectively, and J-1 visas are issued for research scholars and exchange programmes.

The ban on the issue of J-1 visas deprives scholars from across the world, including India, of the opportunity to secure research positions in the US this year.

While non-immigrant workers were still reeling at this news, the Student and Exchange Visitor Program (SEVP) of the Immigrations and Customs Enforcement (ICE) modified the temporary exemptions for non-immigrant students taking online courses for the fall 2020 semester. The new regulations require non-immigrant students – holding F-1 and M-1 visas, corresponding to undergraduate and graduate students and PhD scholars – in schools that were going online-only for the fall 2020 semester to transfer themselves to a university holding in-person classes or leave the country.

In case a school adopts a hybrid model, they are required to certify to the SEVP that the student is eligible to stay.

These changes have forced many Indian scholars residing in the US to reconsider their plans, and have left the others wondering if their turn is next. Many took to social media to express their concerns.

“At this rate, I am just waiting for an immigration order to just say, ‘Sir, please get out’,” Rishabh Singh, who graduated recently and is holding an F-1 visa, tweeted.

“The change [in policy] has put a lid on future career plans for a lot of people I know,” Shruti Muralidar, a postdoctoral fellow at the Massachusetts Institute of Technology (MIT), told The Wire Science. “Most of my academic friends and colleagues who are entering the tenure track job market are finding job offers revoked or rescinded. The stress of the situation is making it difficult for me and a lot of academics in similar positions to concentrate on research and science.”

Muralidhar, who is on an H-1B visa, said she has put all her immediate future plans on hold and is revising her research career timeline, and is exploring other options in case her primary choice doesn’t work out.

The modifications made by ICE to students under the SEVP, on the other hand, have left many PhD students confused as to how these changes might affect them.

“I don’t have to take any courses at this stage. So it’s confusing for me,” Navin Sridhar, a PhD student at Columbia University, New York, told The Wire Science. “I am on an F-1 visa, but the new [modifications to] ICE exemptions on F-1 visa seem to be based on courses.”

Anubhav Chakraborty, a student in the Interdisciplinary Graduate Program in Biomedical Sciences at the University of Kansas Medical Center, said the decision is particularly tough on international students. Students living in bigger cities pay higher rents. Many have car loans, taxes to pay, utilities and whatnot. “Imagine going home and shelling out tonnes of money to pay for all this stuff,” he said.

Also read: The Many Barriers to Internationalising India’s Higher Education

Graduate students seem to be the worst affected by the new F-1 visa regulations. Although those pursuing research for their theses have been able to heave sighs of relief, they are still worried.

“I had several panic attacks until I called my friend in the graduate student office, who explained to me that I wouldn’t have to leave the country since the research for my thesis requires me to do lab work in-person,” Gayathri Murthy, a final-year master’s student in immunology at the University of Rochester School of Medicine and Dentistry, said.

“She also told me that my university is going to have a combination of online and in-person classes. I am still waiting for an official word from the international student office and until then I am going to be worried.” Murthy is also second-guessing her PhD applications because, “for all we know, they could just stop international students from applying for further studies in the USA.”

For students and scholars in distress, statements of protest, lawsuits and amicus briefs from the universities have offered some hope. Harvard University and MIT, two prominent institutions, have together filed a lawsuit against the new ICE regulations, and over 60 other universities have signed briefs in support. The international student community has also garnered the support of 136 members of congress and 30 senators, all of whom have urged the Trump administration to reverse its decision.

“The change in F-1 rules is just a crying shame. I take hope in the fact that my employer along with Harvard is taking steps to challenge this atrocious decision,” Muralidhar said.

Many schools are going hybrid to accommodate their international students. “I checked with the international relations office in my school to see how these modifications to the F-1 visa would affect me. I was told that we will be issued a new I-20 that would allow us to maintain our visa status,” Chakraborty said.

“I was a little bothered before I got this confirmation because the government notice didn’t mention anything exclusively about students like me, who will be taking classes online while continuing to do eight hours of lab time.”

The changes have also compounded funding issues for research programmes and international travel restrictions due to the pandemic. As a result, many Indian students have been reconsidering their plans to study in the US.

Nanditha Rajamani, who was admitted into a PhD programme in neuroscience for the fall 2020 semester, was first allowed to defer her admission by a year due to the pandemic. However, a second email from the university said she wouldn’t be paid her stipend for one semester due to funding cuts planned for 2021.

“The wheels seemed to be rolling again when a professor offered me a position, through a grant he had, on a J-1 visa. And then the J-1 ban happened,” Rajamani told The Wire Science.

As the visas debacle unfolded, Indian academics hit Twitter to discuss how the country could make the best of the situation – by retaining students who were otherwise planning to fly to the US, and absorbing academics who might be returning from there.

But while many agreed that this was a good idea, about just as many noted that India’s scientific administration is already overburdened, that it needed an overhaul before it could build the capacity to absorb more.

Venkat Ramaswamy, a theoretical neuroscientist, pointed out in a tweet that “we’ve done little for our own PhD students, who’ve been declined six-month funding extensions by funding agencies, even though [the University Grants Commission] has authorised such a tenure extension due to COVID-19”.

The director general of Council of Scientific and Industrial Research (CSIR) and the secretary of the Department of Science and Technology didn’t respond to requests for comment.

Also read: Is There an Indian Way of Doing Science?

Since the lockdown, things have become worse for many Indian PhD scholars who haven’t been receiving their stipends on time – and often many months late.

Sridhar, the PhD scholar at Columbia University, is cautiously hopeful that he and his expatriate peers will be saved by the roles PhD students perform on campus. However, he isn’t sure how things will pan out in future.

“Who knows… Given the minds in the White House now, I could be wrong anytime.”