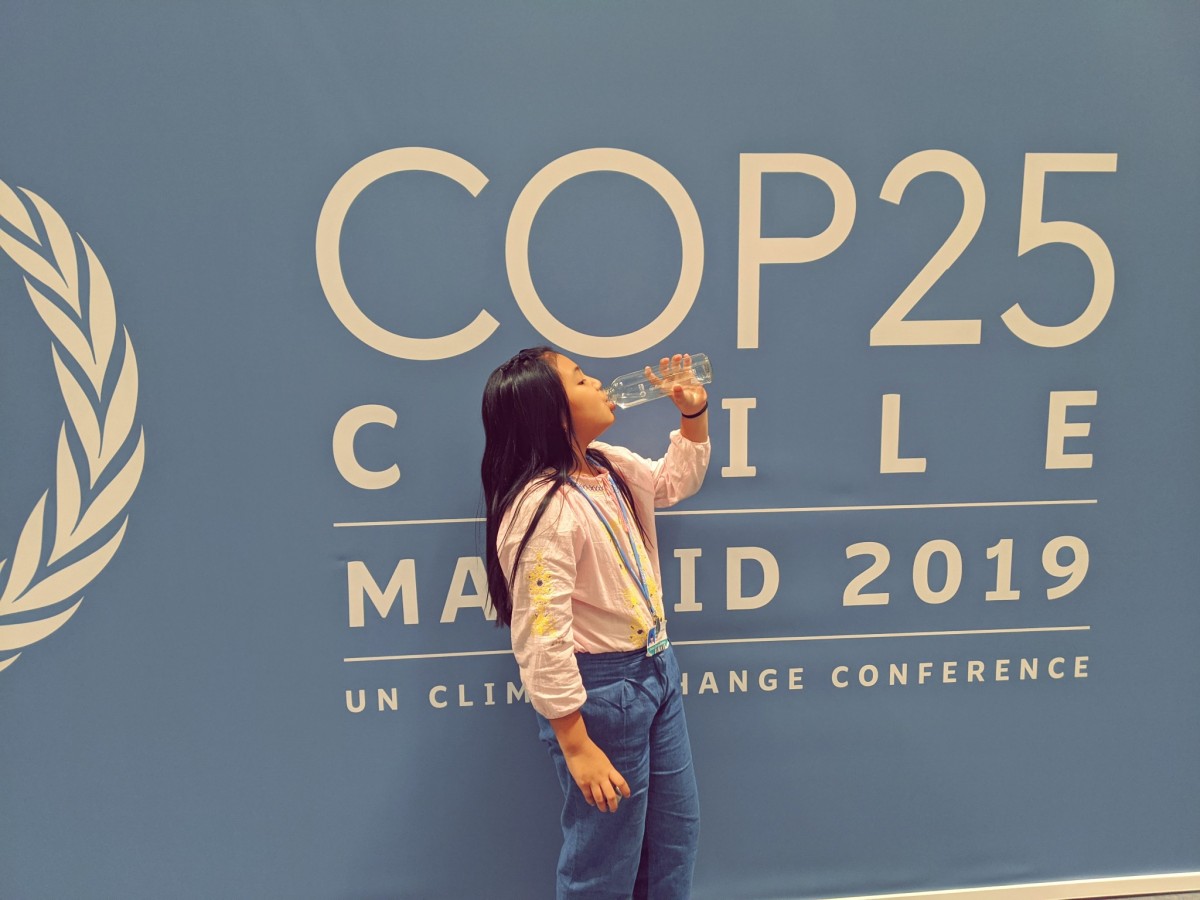 Review: A Fine Profile of J.B.S. Haldane as Scientist and Scientific Socialist

Kabir Agarwal from The Wire is in Madrid, Spain, to cover COP25. Follow our coverage of this important event here.

Madrid: Licypriya Kangujam is eight years old and would like to be a space scientist when she grows up. She plans to design a rocket that will take her to the Moon. “Then I will do research and try to make the Moon more like Earth,” she said, stretching her arms wide and tilting her head, tapping her feet all the time. (She replied in Hindi, translated to the English by the author) She is restive, like most eight-year-olds.

Why should the Moon be more like Earth? “Because Earth is going to be destroyed. People don’t understand my feelings. They want to die.”

According to her father K.K. Singh, who is also her chaperone, she’s the youngest climate activist in the world (Singh himself is only 28). She’s here at COP25 to speak on Tuesday night at a high-level event on action for climate empowerment where John Kerry, the former US secretary of state, is also scheduled to speak, along with several other political leaders from around the world.

Licypriya has already received some coverage in the foreign press. The Spanish newspaper El Pais called her one of the ‘Gretas’ of the global south, after her short walk with the Swedish teenage climate activist on Friday and because of the poster she carried. It demanded that Prime Minister Narendra Modi pass a law to deal with climate change.

“If we pass a climate law, we can control emissions. Otherwise, they will keep rising,” she said.

Her native-tongue is Manipuri. Licypriya was born in Imphal but has almost always lived outside the state, especially in Delhi and in Bhubaneswar. She is fluent in Hindi but she will be delivering her speeches in English.

She delivered her first such speech at a public event when she was six, at the Asia Ministerial Conference for Disaster Risk Reduction in Ulaanbaatar, Mongolia, in June 2018. She spoke about the threat of natural disasters due to the climate crisis and the need for governments around the world to act. “I was scared if I’d be able to speak, or that I would start crying, and if the people will feel bad.”

But she isn’t nervous about her speech tomorrow, in fact far from it.

She also has a group of professors from various IITs – India’s premier engineering education institutes – to write down what she will say based on what she wants to convey. “There is a WhatsApp group where she tells them the essence of what she wants to talk about and they draft it in proper language,” Singh, her father, explained.

Her mother, Bidyarani Devi Kangujam Ongbi, who is at home in Bhubaneswar, wasn’t okay at first agree with her daughter becoming an activist. “She said it will affect her studies – but now she understands its importance,” according to Singh.

He founded an organisation called the International Youth Committee, through which he was able to get in touch with the UN and other organisations. He said Licypriya has already visited 22 countries.

It’s impossible to have this itinerary at eight years of age and not have to skip school. In fact, Licypriya had to drop out in February because she couldn’t attend most of her classes. Activism, including participating in a weekly protest outside Parliament house, and speaking engagements took up most of her time.

“It has become too much. We have decided that she will enrol in a school in December and her activism will be restricted to only weekends and holidays,” Singh said.

The family is considering offers from several schools in the country that have offered her free education. They’re considering one in Dehradun, the capital of Uttarakhand nestled in the foothills of the Himalaya and renowned for its schools. “I like Dehradun, the air over there is clean,” Licypriya interjects.

After putting her phone aside, she suddenly remembers what India’s environment minister Prakash Javadekar said – that there are no studies to demonstrate a causal relationship between air pollution and mortality. She waves her arms in the air, as if mimicking him: “Keep polluting more!”

I tell her that Javadekar is here, at COP25 in Madrid. She sits down immediately. “Don’t tell him.”

Over the last few weeks, Licypriya and her father have received some cold treatment at the hands of the Indian government, they said. After they received an invitation to be there at COP 25 from Patricia Espinosa, the executive secretary of the UN Framework Convention on Climate Change, whose member countries are at COP25, invited them to attend in late November. But when they wrote to Javadekar seeking financial assistance for the trip, they received no reply.

Singh then raised money through friends and other contacts, and managed to book a flight from Delhi for December 2. He still needed more money so he wrote to the Spanish embassy in New Delhi. He received a response from the European Climate Foundation, which itself is funded by several foundations and supports a wide range of activities aimed at climate change mitigation. It offered to pay for their travel and accommodation expenses.

After they arrived in Madrid, Singh said Licypriya was invited to speak at the India pavilion at the venue. But when she reached the venue with only a short while to go, she was told she couldn’t speak.

“They said that your speech will contain anti-India and anti-corporate language and that you can speak if you don’t include that in your speech,” Singh recalled. “I told them that she will not speak if you want to write her speech.”

The Indian delegation at COP25 hasn’t yet responded to The Wire‘s questions about this allegation. This article will be updated if and when they do.

The duo also had some trouble with the UN’s security team. They ” took [her poster demanding Prime Minister Modi enact a law] away as they said this is not the forum for-anti government protest. But we were only demanding action by the Indian government. And so many others here have said several things about leaders like Donald Trump. But nothing was said to them,” Singh said.

By this time, we’re entering a part of the venue where Licypriya is due for a rehearsal. As he father busies himself, I ask if Licypriya enjoys watching TV. “I liked it when I was young.” You’re still young. “Yes, I am still young. But now I have so much work.”

We play tic-tac-toe. I lose three games, she’s disappointed. Her father comes back hassled: the rehearsal is over and they need to rush to a human-chain protest. We start running but when we’re halfway there, Singh’s phone rings. The protest is over too.

But Licypriya wants to go anyway to see the ‘green zone’, the pavilion where members have showcased innovative projects. They leave, but not before she insists I interview her when she becomes a scientist and solves “the world’s problems”.

Kabir Agarwal is in Madrid at the invitation of the Global Editors Network to cover COP25.