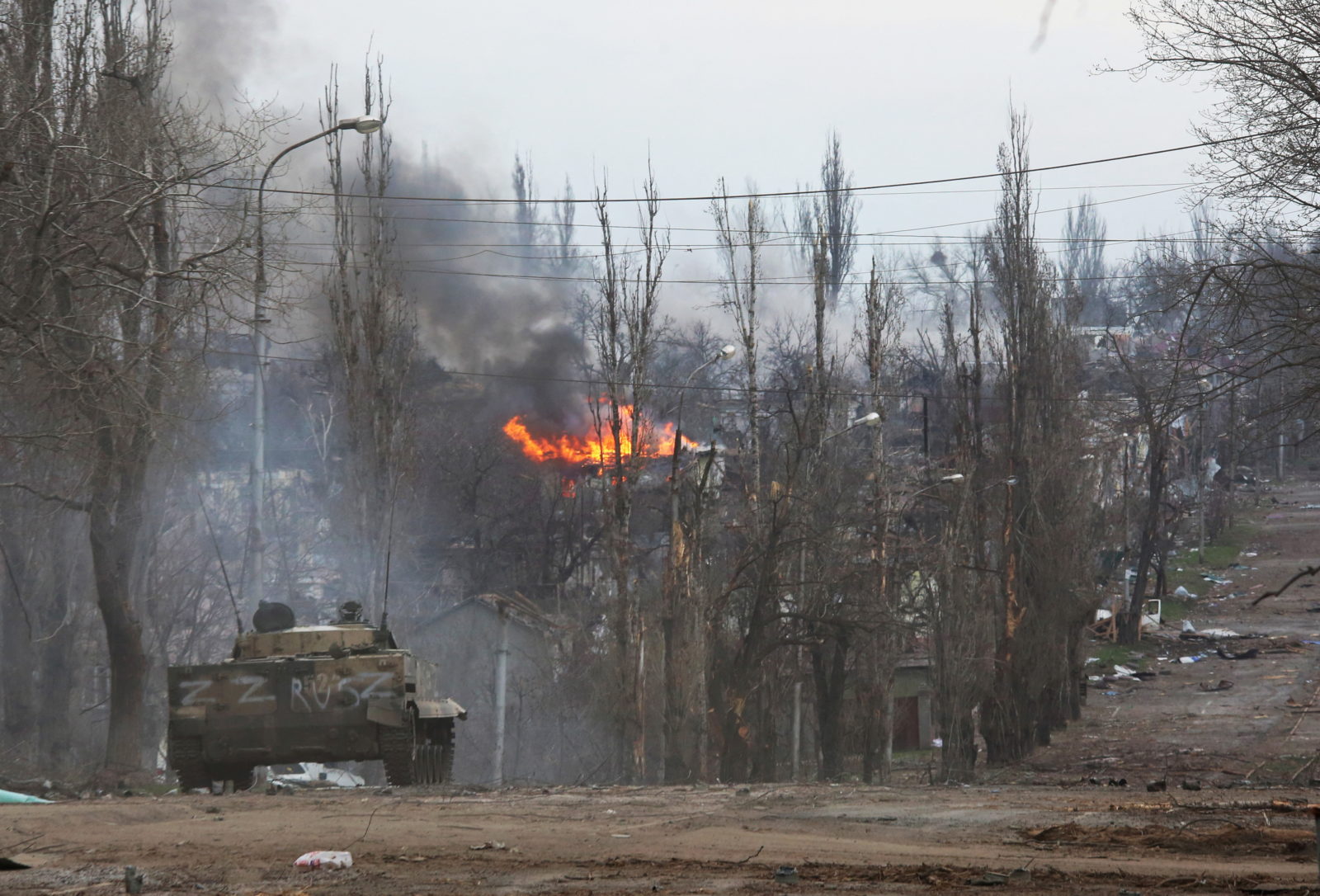 The Scientific Temper and Irrational Beliefs Often Live Together

An armoured vehicle of pro-Russian troops on a street in Mariupol, April 11, 2022. Photo: Reuters/Chingis Kondarov

Bengaluru: Rumours floated in yesterday, April 12, that Russian forces in the besieged Ukrainian city of Mariupol had deployed chemical weapons, even as experts called the evidence “thin” and raised doubts about the use of these highly controversial and regulated substances.

The claim first emerged in a message on a Telegram channel by the Azov battalion, a nationalist group in Ukraine that has been fighting the Russian invasion alongside Ukrainian soldiers in Mariupol. In response, both the US and the UK expressed concerns and said they could investigate the claim.

The Azov battalion message accompanied a video of three people in Mariupol who, separately, reported the release of smoke from a factory and that it had a sweet taste. They also claimed to have trouble breathing, using their legs, a rapid heartbeat and, in the case of one enderly woman, loss of consciousness. The battalion described the gas in question as “a poisonous substance of unknown origin”.

“There is a theory that these could be phosphorous munitions,” Ukraine deputy defence minister Hanna Malyar said on Tuesday, according to Reuters.

The Chemical Weapons Convention is an international arms-control treaty that prohibits the use of chemical weapons (except for research and medical use) and requires countries that ratify it to destroy them and their precursors. It entered into force in Russia in 1997.

As of September 2017, the Organisation for the Prohibition of Chemical Weapons (OPCW) declared that Russia had destroyed its declared stockpile of 40,000 tonnes. However, the OPCW, which enforces the convention, raised doubts when it reported that Sergei Skripal, a Russian military officer, and his daughter Yulia were found to have been poisoned by a nerve agent – a type of prohibited chemical weapon – in the UK in 2018. Two years later, five labs certified by the OPCW again confirmed the use of a nerve agent in the poisoning of Russian political activist Alexei Navalny.

But in the case of Mariupol, independent experts raised doubts about the Azov battalion’s claim and dismissed assertions that Russia had deployed nerve agents on the battlefield. Dan Kaszeta, a former member of the US army and an expert on nerve agents, raised the following questions on a Twitter thread:

As Kaszeta put it, “a lot of you are running around saying that you hear zebras, whereas there could be horses, which are more common”. He also referred to a 2013 report he authored in which he says “establishing the who and the why” in the course of investigating the use of chemical weapons “will be made much easier if the what and the how are established”.

Nonetheless, the OPCW issued a statement on April 12 saying its technical secretariat is “monitoring closely the situation in Ukraine”. It added that there had been “reports in the media over the past few weeks of shelling targeted at chemical plants located in Ukraine, together with accusations levelled by both sides around possible misuse of toxic chemicals”. (Ukraine has been a member of the convention since 1998.)

The US government has been on alert for the use of banned weapons in Ukraine by Russian forces. On April 12, Al Jazeera quoted US secretary of state Antony Blinken telling reporters “that we had credible information that Russian forces may use a variety of riot control agents, including tear gas mixed with chemical agents” to “weaken, incapacitate … Ukrainian fighters and civilians” in Mariupol. (The use of tear gas is banned in war.)

However, according to Reuters, Blinken said the US has thus far been unable to confirm the latest reports.

Tension over the alleged, and disputed, use of chemical weapons may have been heightened by the fact, BBC wrote, they emerged “hours after a spokesperson for the Moscow-backed Donetsk People’s Republic urged Russia to bring in ‘chemical forces'” to Mariupol.

As the OPCW and other parties look into Azov’s reports, it appears Ukraine itself may have turned away from the possibility of chemical weapons. On Monday, according to The Guardian, Ukraine President Volodymyr Zelenskyy said his government would treat the allegations “as seriously as possible” – but didn’t mention it in a speech the next day to the Lithuanian parliament “despite referring to other Russian war crimes”.