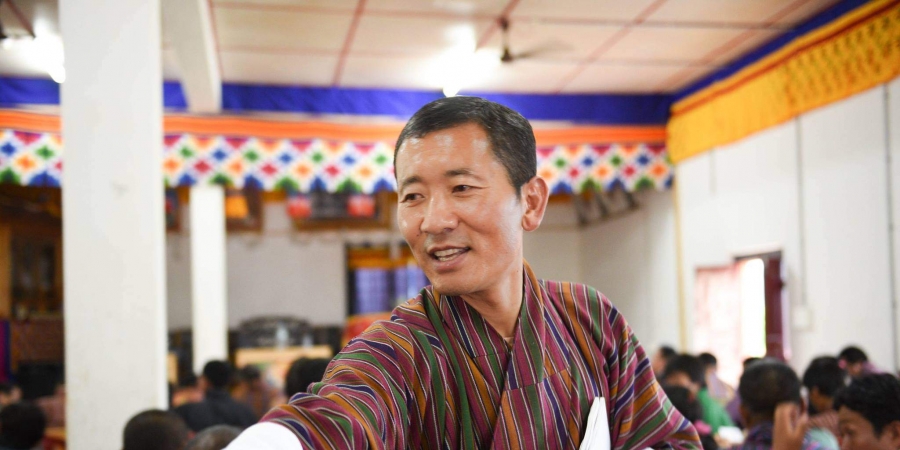 The office of the prime minister of Bhutan reported on March 6 that the small kingdom had confirmed its first case of SARS-CoV-2 infection. According to an update the office posted on Facebook, the patient is a 76-year-old man from the US, who was visiting the country with his partner, aged 59 years. His condition was reportedly first “confirmed at 11 pm on March 5” and “validated at 12:30 am” on March 6.

Bhutan’s first COVID-19 case in the form a 76-year-old male US tourist spent a few days in Mumbai, Kolkata and Assam where he undertook a 7-day Brahmaputra river cruise before coming to Bhutan and testing positive.

RGoB has relayed the information to the Indian Embassy here.

The rest of the post detailed his itinerary in the past few days, including noting that the man toured India between February 21 and March 1. As on March 5, India had 30 people confirmed to have COVID-19, the disease caused by SARS-CoV-2, and the government was undertaking efforts to trace all the people that these people had come in contact with, and quarantine them either at home or at hospitals depending on the severity of their symptoms.

Government officials will now have to track down all the people the American tourist came in contact with during his sojourn in India, as well as everyone he travelled with on flights and in cars, and quarantine them to curb the spread of the virus.

The patient … had entered the country from Paro International Airport, after embarking Drukair flight KB241 from Guwahati, India on March 2. …

The patient was touring India from February 21 to March 1. He had started his travel from Washington DC on February 18. The patient was travelling with his partner, aged 59. There were 10 passengers on board, of which eight others were Indian nationals.

At the Paro International Airport, the patient’s health declaration form was assessed. He had indicated “negative” against all conditions. He did not have a sign of fever.

However, upon reaching Thimphu, around 3pm, he visited the medical OPD at JDWNRH1, complaining of bloaty abdomen (dyspeptic symptoms) and nausea. The patient suffers from chronic hypertension and is on medication. However, even at that time, he did not have any flu symptoms.

The patient and his partner stayed at Le Meridien on the first night. The following day, he stayed indoor most of the time and went to the hospital again around 3.30pm for stomach upset and diarrhoea.

The next day, he travelled to Punakha, with two stops on the way for tea and lunch. He had stayed at Densa Boutique Resort. That evening, he had walked until the Bazam next to Punakha Dzong, and returned to the room.

Yesterday, upon returning to Thimphu, he visited JDWNRH again. He was found to have fever, sore throat, cough and shortness of breath. He was kept under observation at the flu clinic (designated COVID-19 hospital) and samples were collected and sent to Royal Centre for Disease Control (RCDC).

According to the US Centres for Disease Control, while it is “still learning about COVID-19,” what information is already available “suggests that older people and people with severe chronic health conditions, such as heart disease, lung disease and diabetes, are at higher risk of developing more serious illness from COVID-19.”

The office’s update corresponding noted that, upon confirming the American man’s condition, “he has been isolated in the COVID-19 hospital. Considering his age and underlying conditions, the patient is on oxygen support.”

According to WHO director general Dr Tedros Adhanom Ghebreyesus, the global death rate due to COVID-19 is 3.4%, substantially higher than a previous prediction of 2%. However, experts have said this figure could be lower because milder cases of COVID-19 could be going unnoticed for the symptoms’ similarity to the seasonal flu.

For now, the Bhutanese government has said it will “isolate confirmed cases, quarantine suspects, carry out closure of schools, institutions and public gatherings in the affected localities,” as well as that it “will impose two weeks’ restriction on all incoming tourists with immediate effect.”