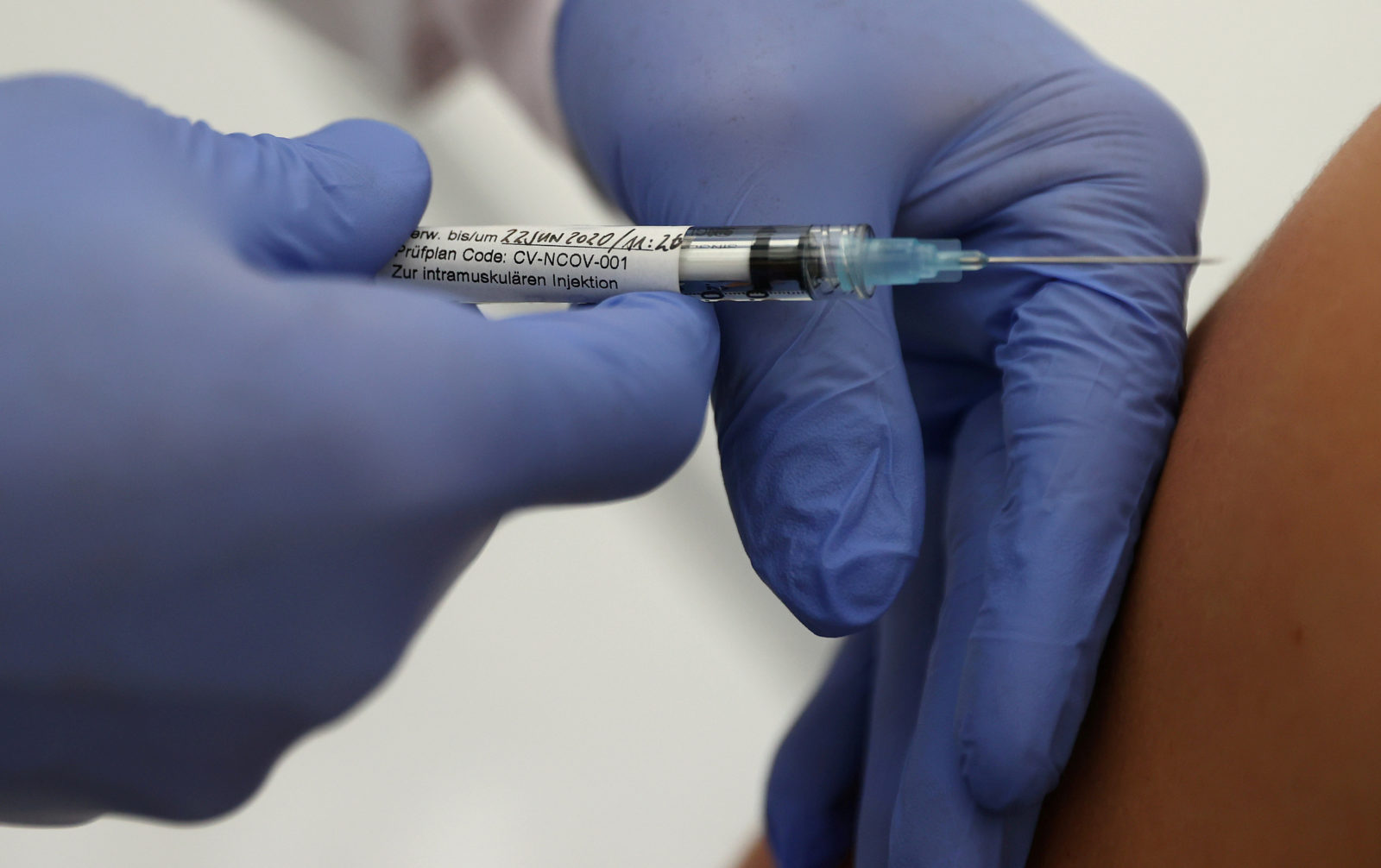 A researcher injects CureVac’s COVID-19 vaccine to a volunteer at a university clinic in Tübingen, June 22, 2020. Photo: Reuters/Kai Pfaffenbach/File Photo.

London: Britain on Friday said it had agreed on a deal with German biotech firm CureVac to work to develop vaccines against coronavirus variants, placing an initial order for 50 million doses in case they are needed.

Prime Minister Boris Johnson has cited the possibility of new variants of the coronavirus as one of the biggest risks to the vaccine rollout and hopes that the economy can start to be reopened from lockdown in the spring.

The government said both the Pfizer/BioNTech and Oxford/AstraZeneca vaccines being currently rolled out appear to work well against variants currently dominant in Britain.

“But we must be prepared for all eventualities and bolster onshore UK manufacturing capacity to develop vaccines to combat new variants of the disease, taking advantage of our world-leading genomics expertise,” health minister Matt Hancock said in a statement.

The government said that almost all vaccines developed through the partnership would be variants of CureVac’s existing shot, which is currently undergoing late-stage clinical trials.

For CureVac, the alliance marks another move to catch up with leading mRNA vaccine developers BioNTech and Moderna and to regain the pole position for a new generation of vaccines that prevent more than one variant in one treatment course.

On Wednesday, it announced a partnership with Britain’s GlaxoSmithKline on vaccines against variants.

CureVac said it chose Britain because of its leading role in analysing the viral genetic makeup as the pathogen evolves, and the country’s head start in rolling out the first generation of vaccines.

“The UK government and its Vaccines Taskforce has been at the forefront of surveillance, vaccine development and delivery of vaccines for deployment during this pandemic,” said Dr. Antony Blanc, Chief Business Officer and Chief Commercial Officer of CureVac.

(Reuters – reporting by Alistair Smout in London and Ludwig Burger in Frankfurt; editing by Sarah Young and Nick Macfie)