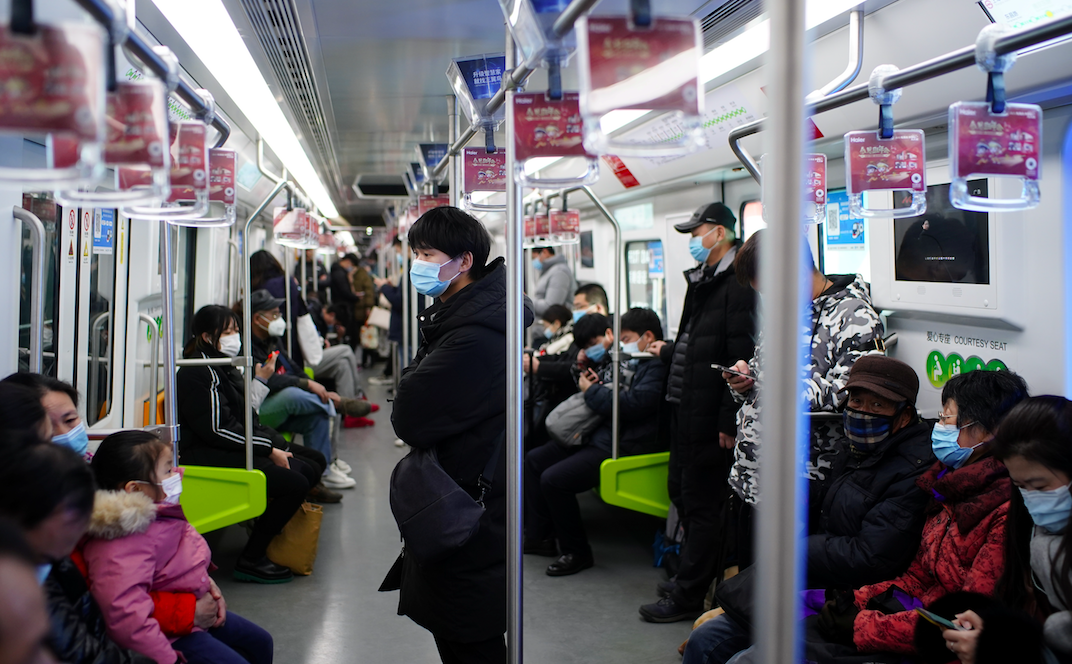 What Environmentalists’ Fight for Delhi’s Ridge Tells Us About Neoliberalism

People travel with masks on in Shanghai, China, on January 13, 2021. Photo: Reuters/Aly Song

Shanghai: A team from the World Health Organisation (WHO) will arrive in the central Chinese city of Wuhan on Thursday to begin investigating the origins of the COVID-19 pandemic.

Following is a timeline looking at key events in the relationship between China and the WHO since the outbreak began.

December 31: World Health Organization first notified by China of “pneumonia of unknown cause”. WHO says its China office picked up a report of “viral pneumonia” from Wuhan Municipal Health Commission website and asked Chinese authorities for more information.

January 3: China begins regular briefing with WHO about the outbreak of “viral pneumonia of unknown cause” in Wuhan.

January 5: WHO says it has asked China for more information and advises other member states to take precautions.

January 9: China tells WHO a newly discovered coronavirus is the cause of the outbreak.

January 11: After reporting the first official fatality from the disease, China shares genome sequence of the coronavirus with WHO.

January 20-21: WHO sends delegation to Wuhan. Chinese experts share detection and treatment protocols with WHO delegation.

January 25: China’s National Health Commission said in a letter to WHO’s Tedros that it would welcome international experts to China to help “strengthen epidemic prevention and control”.

January 28: President Xi meets Tedros in Beijing and says China has responded in a timely, open, transparent and responsible manner, and is ready to work with the WHO and the international community.

January 30: WHO declares outbreak to be a public health emergency of global concern – its highest alert level.

February 24: Joint team holds news conference in Beijing and says China’s actions slowed the spread of the epidemic and prevented or delayed hundreds of thousands of cases.

February 28: Joint team publishes report praising the “remarkable speed” at which China isolated the virus, established diagnostic tools and learned how the virus was transmitted.

April 14: President Donald Trump announces halt to US funding for WHO, accusing it of being biased towards China and failing in its duties.

April 18: Senior diplomat Wang Yi rebukes US criticism of WHO in phone conversation with Tedros.

May 19: Annual ministerial meeting of WHO’s 194-member states passes resolution calling for an “impartial, independent and comprehensive evaluation” of global COVID-19 response to be launched at the earliest opportunity. Evaluation should include the “zoonotic source of the virus and the route of introduction to the human population.” China and the United States also sign.

July 8: United Nations says it received formal notice from the United States to withdraw from WHO. President Trump accuses WHO of “alarming lack of independence” from China.

Also read: Breaking Down the China-US Tussle for Global Order Amid COVID-19

September 17: Independent panel sets terms of reference for inquiry, saying it aims to establish “the timeline and events which culminated in COVID-19 becoming a global pandemic”.

December 18: WHO says it will send a team of 10 scientists to Wuhan “next month”. Independent panel says it is now “well advanced” in its preparation of chronology about the global spread of COVID-19.

January 6: WHO’s Tedros expresses disappointment WHO experts have not yet been granted visas to begin the investigation.

January 11: Chinese health authorities confirm a WHO team will arrive in Wuhan on January 14.