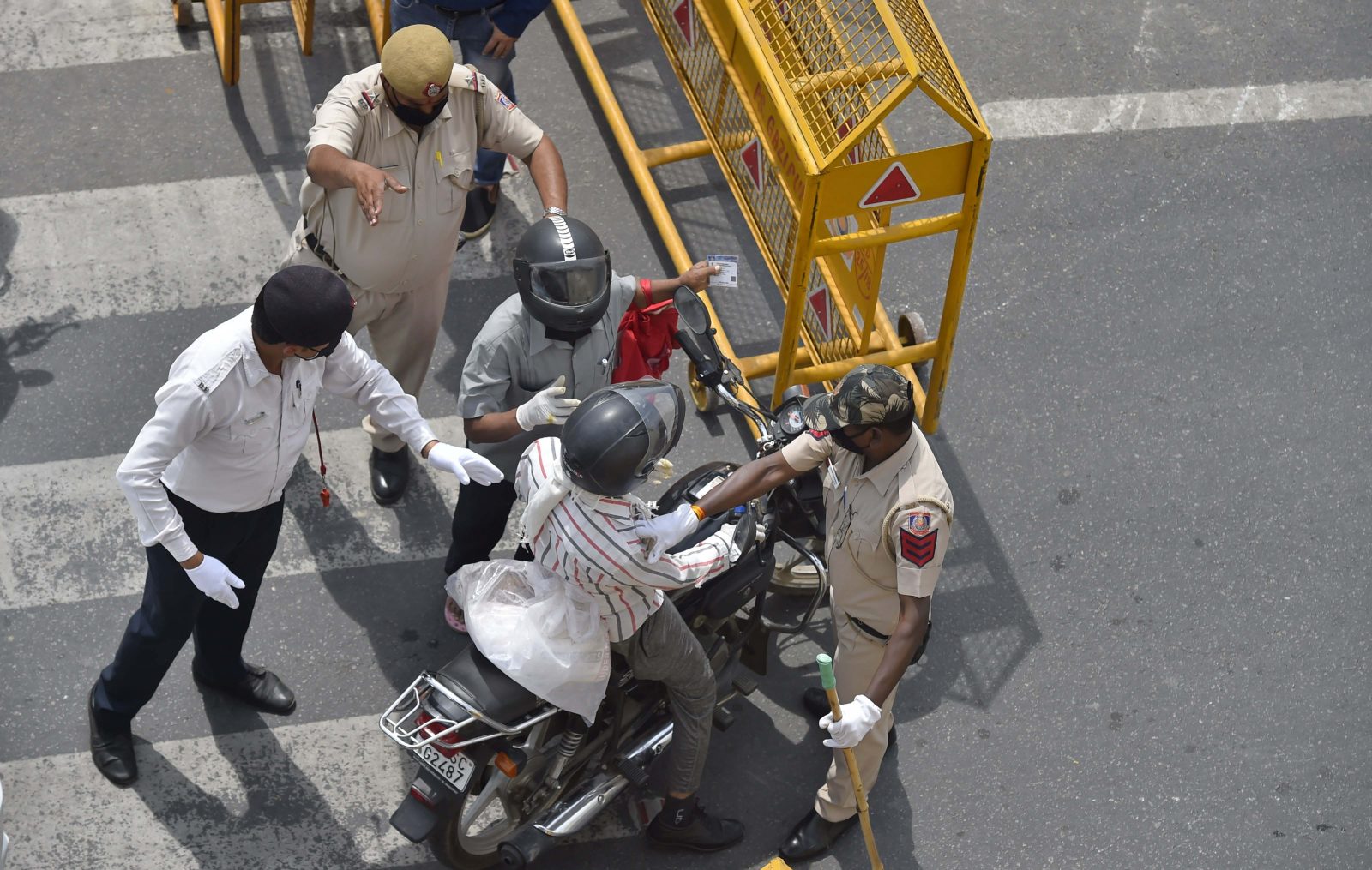 New Delhi: The civil and police administration in several states appear to have learnt some lessons from the chaos that was witnessed in several parts of the country on the first day of the “lockdown” for curbing the spread of COVID-19 on Monday. As the supply and sale of essential services was permitted under the lockdown, people had thronged the markets. This almost defeated the purpose of the lockdown – social distancing.

In absence of clear instructions, police appeared hapless on Monday

The police personnel on the streets were also seen either standing as mute witnesses or, at times, wielding their sticks in the absence of clear instructions. This also led to chaos as at many places, the police simply blocked off the roads and did not allow anyone to pass by.

Though at the police pickets, people were asked to produce their identity documents, it was no guarantee that they were engaged in essential services. However, deliberations over the issue have resulted in some solutions.

In Delhi, commissioner of police S.N. Shrivastava this morning issued clear instructions and guidelines to the people and his own personnel on the issue of movement in public places. He said the execution of prohibitory orders on Monday was “not up to the mark”.

Since much of this confusion was due to the functioning of essential services and movement of people engaged with them, the officer said “the essential goods/commodities” mentioned in the earlier notification would be “permitted without any hindrance”.

But for this, he pointed out that for “persons employed in private organisations who are engaged in essential services” in Delhi, their respective organisations will seek curfew passes from the office of Deputy Commissioner of Police in which they are located. The passes will be issued on “assessing the genuine requirements”.

For organisations located in Gurugram or Manesar, these passes would be made available by office of DCP South West; for Faridabad by DCP South East; for Ghaziabad by DCP Shahdara; for Noida by DCP East, for Sonipat by DCP Outer North District; and for Bahadurgarh/ Jhajjar by DCP Outer District.

For government officials and employees of private agencies engaged in essential services, the movement would only be allowed on basis of identity cards issued by the government or company respectively.

The police has reiterated that all border pickets will remain sealed and within the city “strict checking would be undertaken in every police station area to ensure that no gathering or movement takes place in contravention of the prohibitory orders under Section 144 of CrPC”.

While stating that mobile patrolling will be done to ensure compliance, the order also said that announcements will be made to the effect. It also cautioned that “strict legal action” would be taken against those flouting the prohibitory orders.

Many states restrict sale hours, enforce lockdown like a curfew

Many of the states have restricted sale hours and provided ‘relaxation’ from the lockdown for a certain period only. Thereafter, they have begun imposing the lockdown in a curfew like manner.

In Uttar Pradesh and Uttarakhand, the administration has allowed sale of essential items, including groceries, vegetables, medicines and even milk, for just three hours from 7 am till 10 am, following which lockdown is being strictly imposed.

This, however, led to a rush of people in the local markets and the crowding made many question if it was indeed wise to restrict the sale timings and cause over-crowding when that is the most dangerous thing to do considering coronavirus is likely to spread faster when people are close together.

‘Unannounced curfew’, relaxation and cases/challans are the new norm

But, despite this concern, it is now increasingly becoming clear that the restrictions would be imposed in a “curfew-like” manner with all sales being allowed only during a few designated hours of ‘relaxation’ and thereafter people would be forced to stay indoors.

In some districts the police have also started taken strict action. In Ghaziabad, UP, the police registered cases against 110 people for violation of the prohibitory orders over the past 24 hours. They have also started clamping down on unnecessary travel and nearly 3,000 challans were issued to people found just ‘roaming around’.