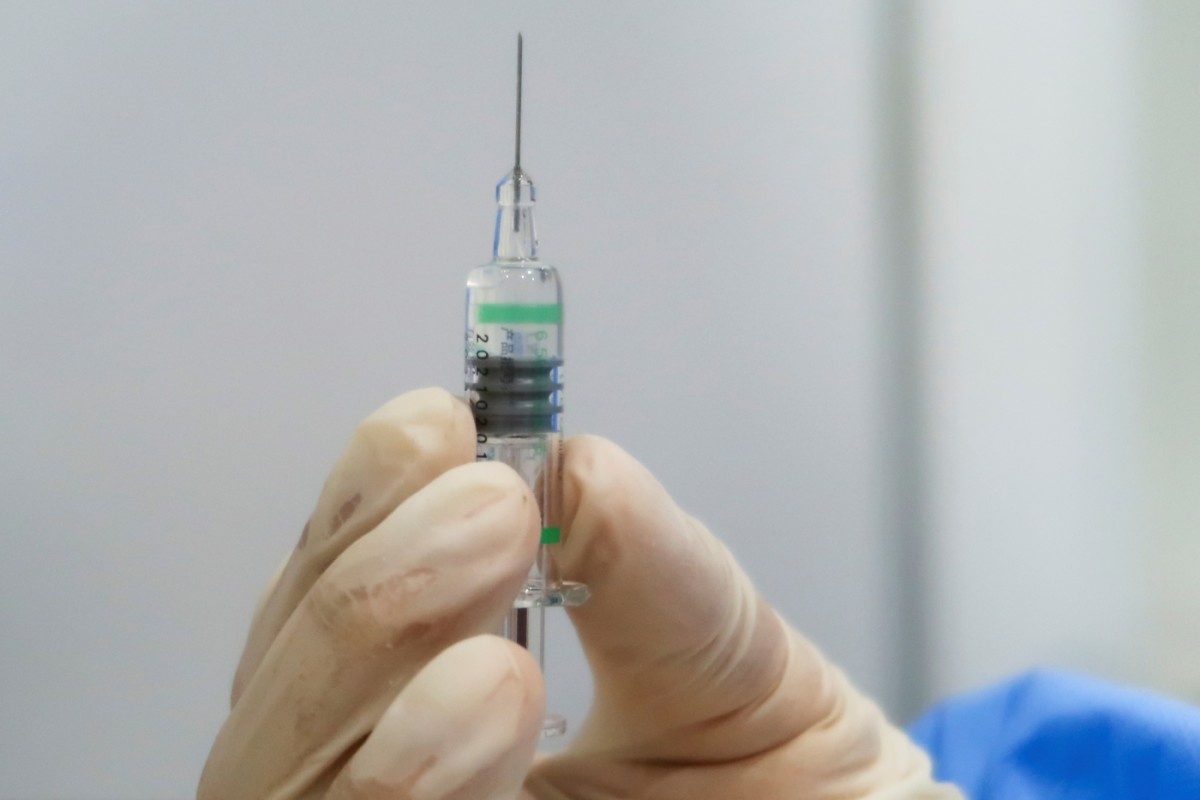 A nurse holds a syringe containing the Sinopharm COVID-19 vaccine, at a centre in Beijing, April 15, 2021. Photo: Reuters/Thomas Peter

New Delhi: There has been, and continues to be, considerable chatter on booster doses in countries around the world – even as the WHO director-general has called the diversion of resources to boosters a “scandal”.

Against this backdrop, COVAX, the global initiative co-led by Gavi, the WHO and others to ensure the demand for vaccines in low- and middle-income countries is sated, has received only 13% of its stipulated requirement. Another similar initiative, the African Vaccine Acquisition Trust, created to keep up vaccine supply in the African continent, has received only 7% of its contracted doses.

Overall, COVAX and the Trust have contracts to receive 3.67 billion COVID-19 vaccine doses – of which they have received 480 million.

These dismal figures were drawn from data put together by COVAX, UNICEF, Africa CDC and the International Monetary Fund (IMF).

The numbers also indicate that Sinopharm and Sinovac (both from China) have supplied 61% of their committed doses each to COVAX, AstraZeneca 48%, Serum Institute 18%, Pfizer 10%, Moderna 2.7% and Johnson & Johnson none. These are the vaccines that the WHO has included in its ‘emergency use’ list.

Another vaccine, Nuvaxovid, has been approved for use in Indonesia. Its maker, Novavax and the Coalition for Epidemic Preparedness Innovations, has filed for approval in other countries and with the WHO. They are expected to supply 650 million doses to COVAX, according to contracts that have already been signed.

Among countries, the most doses are pending from the US: it has supplied a little over 100 million doses, of the 800 million promised thus far (as of November 8).

Thanks to vaccine nationalism and inequity, at least 74 countries will fail to vaccinate even 40% of their respective populations by the end of 2021 – a target set by the WHO. Of these 74 countries, as many as 60 are low- and middle-income countries, according to the IMF-WHO COVID-19 vaccine supply tracker.

On the other end of the vaccination coverage spectrum, 48 countries possess more doses than they’d need to vaccinate their entire eligible population. Thirty-eight of these are high-income countries.

WHO director-general Tedros Adhanom Ghebreyesus has been openly critical of some countries’ decision to prioritise booster doses over ensuring the vaccination coverage in all countries increases in congruent fashion. He has also accused vaccine manufacturers of only “caring for their profits”.

Thus far, more than 30 countries have rolled out booster doses for COVID-19 vaccines.

On several occasions in the last two months, Ghebreyesus has made his frustration explicit, in public. But this has apparently done nothing to move policymakers in high-income countries from their present positions.

Also read: ‘Naïvely Ambitious’: How COVAX Failed on Its Promise to Vaccinate the World

Chief among these countries is the US. Its government said last week that it would expand the booster-eligible population to include all adults – from being previously limited to those older than 60 and/or immunocompromised.

There haven’t been prominent expressions of opposition from the scientific community to booster doses in high-income countries – but scientists in many other parts of the world haven’t supported the need for booster shots except for those who are immunocompromised in some way.

According to the data collected by a task force comprising officials of the IMF, World Bank, the WHO and the World Trade Organisation, of four billion people in low- and middle-income countries, only 842 million (20.9%) have been vaccinated thus far.

To meet the WHO’s deadline to vaccinate 40% by December 31 this year, 3.2 billion will be required – of which 2.4 billion have been delivered. The same task force has said that of this 2.4 billion, 2.2 billion have already been administered.

Among low- and middle-income countries, 19 countries – mostly on the African continent – don’t have enough doses to vaccinate more than 15% of their respective populations. Ten other countries haven’t received even one dose from vaccine manufacturers, according to the task force.

On the other hand, 16 countries have enough doses to vaccinate 200% of their populations. These are (in descending order of stock): Hungary, Cuba, Seychelles, Lithuania, UAE, Portugal, Chile, Bhutan, Iceland, Antigua & Barbuda, Uruguay, Poland, Austria, Cambodia, Singapore and Belize.

These countries all have small national populations. But the task force has also said 70 other countries have enough doses to vaccine more than 100% of their populations. Such hoarding suggests these countries failed to properly estimate their need, or that they made a decision to stock up at the cost of global health – or another reason entirely. There hasn’t been a study to this effect.

For their part, scientists have made it clear that global vaccine-induced herd immunity will remain out of reach if vaccine inequity persists – even some of them have also refused to oppose booster doses, thus exacerbating existing supply constraints in poorer countries.

“Their numerical simulations found that 61% of deaths worldwide would have been averted if countries cooperated to implement an equitable global vaccine distribution plan, compared with only 33% if high-income countries got the vaccines first.”

The problem has been political will. In the recent UN general assembly, world leaders expressed shock and anger at the persistent ‘vaccine apartheid’, echoing a term that Ghebreyesus used in May. Bolivian president Luis Arce said it would be nearly impossible for an island nation like his to reopen its economy sans vaccines (Bolivia is highly import-dependent). Tanzania’s president Samia Suluhu Hassan called the inequity “disheartening”.

Is the ‘global north’ listening?