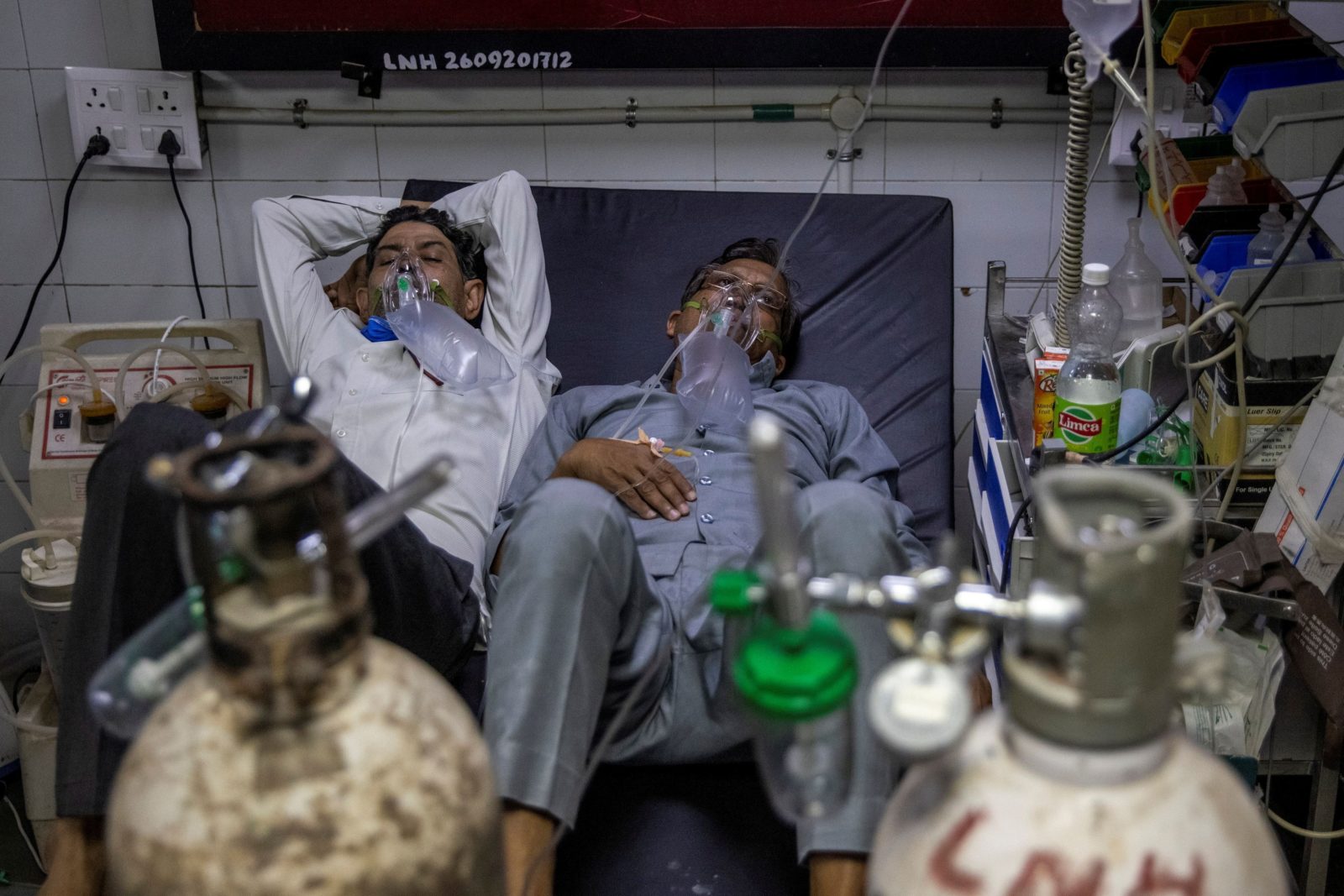 COVID-19 patients at the casualty ward of a hospital in New Delhi, April 15, 2021. Photo: Reuters/Danish Siddiqui

Bengaluru: It was only seven months after the Indian government considered the country’s COVID-19 outbreak to be a ‘public health emergency’ that it began floating tenders to set up oxygen-generating plants in 150 district hospitals around the country, with 12 added later.

An investigation by Scroll.in has found that thus far, only 11 such plants have been installed – and of them, only five are currently running.

The second wave of India’s COVID-19 epidemic has already proved much worse than the first, with the country having added over 2 lakh new cases per day for four days straight. Even as the government and Prime Minister Narendra Modi have emphasised a ‘test, track, treat’ strategy, the ‘treat’ part has been undermined by three critical commodities: hospital beds, vaccines and antiviral drugs, and medical oxygen.

In people with severe COVID-19, the disease and the body’s inflammatory response together undermine lung function. These patients need to receive oxygen to reduce the load on their lungs to filter the gas from the air – as much as 130 litres per minute.

But as India’s case load has skyrocketed in the last two months, reports have been pouring in from around the country of patients’ relatives and hospitals struggling to ensure the people in their care have a sufficient supply of oxygen.

For example, comedian Prashanti Singh took to Instagram to describe her ordeal at a hospital in Lucknow, where her mother has been admitted after the latter positive for COVID-19. She wrote that she spent more than 12 hours trying to get a cylinder, and was eventually asked to bribe ward boys Rs 50 or 100. Another pro-tip followed: “when a cylinder comes, hang on to it like Betal”.

Last week, the Union health ministry announced it would import 50,000 metric tonnes of oxygen. But as Scroll.in found, the situation may have been more manageable if the government had set up the 162 generators as planned, with a collective capacity of “4,500 metric tonnes” per month.

(According to this site, the density of liquid oxygen at boiling point and a pressure of 1 atmosphere is 1,141.1 kg/m3.)

Local oxygen generators shorten the supply chain for hospitals. Even if demand outstrips supply, replenishment wouldn’t be as time-consuming as it is today: interstate transport can take around a week. Local units also lower the cost of production and supply, which can be beneficial for smaller healthcare facilities.

The underlying technology is called pressure swing adsorption. Broadly, air is pumped into a chamber, where it is exposed to a material that preferentially adsorbs oxygen under high pressure. Once adsorption is complete, the pressure is dropped, causing the material to desorb the oxygen.

The gas is then purified further to at least 99.5%, liquefied into special containers and transported. Distributors convert the oxygen from liquid back to gas, pump it into cylinders of different sizes and sell them.

The demand for oxygen has in effect also heightened the demand for cryogenic storage and transportation services. One report said the price of refilling cylinders has also climbed from Rs 100-150 to up to Rs 2,000.

Also read: Varanasi: About Half of COVID-19 Deaths at Crematoria, Graveyards Not Recorded

T. Sundararaman, former director of the National Health Systems Resource Centre, told Scroll.in that the plants should have been installed irrespective of the COVID-19 situation, since the gas is also required for people suffering from “snake bites, encephalitis, road accidents,” etc.

The current situation appears to be one of finger-pointing. “Most officials” in 14 states reportedly blamed the companies that won the tenders, according to Scroll.in. One company hasn’t responded to calls from hospitals; another has blamed hospitals for not providing infrastructure like copper piping from their end. Hospitals are blaming the companies as well.

Money isn’t a problem, however, because the Indian government had to allocate only a little over Rs 200 crore from the much larger corpus – Rs 3,000 crore – of the PM CARES fund.

As a result of this programme’s failure to be up in time for India’s COVID-19 ‘second wave’, smaller hospitals in remote areas – which typically serve already marginalised groups like Adivasis – have had to turn patients away while others are saving the available oxygen for patients deemed to need it more.

According to an April 15 press release, an empowered group with the Union health ministry has identified a hundred more hospitals to receive oxygen plants, “in far flung locations”. (However, the ministry tweeted shortly after Scroll.in published its report that state governments had asked for the additional plants.)

Thus far, the states worst-hit by the oxygen shortage are Maharashtra, Madhya Pradesh and Gujarat, according to Indian Express.

Maharashtra is reportedly utilising its full production capacity of 1,250 tonnes a day and is importing 100 tonnes a day from Gujarat and Chhattisgarh. State health minister Rajesh Tope told Al Jazeera on April 17 that its current daily requirement is 1,500 tonnes.

To work around existing bottlenecks, some hospitals are setting up larger oxygen storage facilities – so that they can wait for longer before having to ask for more. The same empowered group has also asked industries to divert argon and nitrogen storage tanks to hold and move oxygen to hospitals.