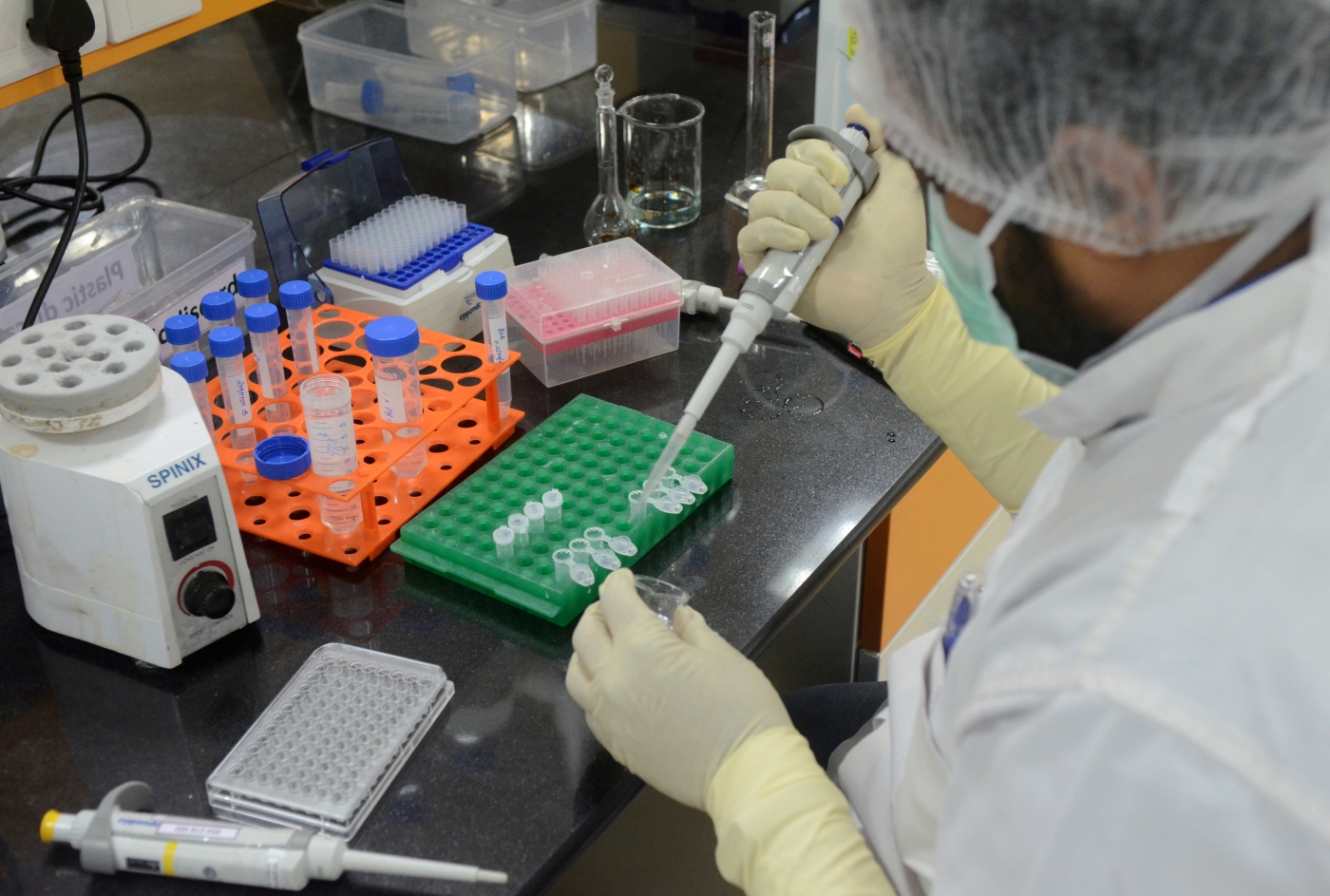 Only 11 Lesser Floricans Left in Madhya Pradesh, but There’s Hope in Rajasthan

Bengaluru: Hyderabad-based company Bharat Biotech said on Sunday that its COVID-19 vaccine is expected to be 60% efficacious, and certainly more than 50%, according to India Today. The announcement has understandably caused a flutter in the country – both for the efficacy figure and because the company has also said the vaccine will be rolled out around June 2021 for distribution, after securing all the necessary approvals.

However, these figures should be taken with more than a pinch of salt for a few reasons. First, the phase 3 clinical trials for the vaccine candidate, called Covaxin, began only earlier this month, with some 26,000 participants at 25 hospitals around the country, and are yet to conclude. (Union health minister Harsh Vardhan said on Sunday that they will wrap up in “a month or two”.) Second, Bharat Biotech has not shared any results from the vaccine candidate’s phase 1 and 2 trials, nor the pre-clinical trials, nor has it divulged the phase 3 trial’s design.

All these details are important to determine the true efficacy and safety of a vaccine. Larger and better designed trials, with the right endpoints and follow-up strategies, can nuance the interpretation of the trial results.

In fact, the company had issued a statement on November 21, Saturday, that a participant of Covaxin’s phase I trial had developed an adverse reaction to receiving the vaccine, in August. The statement added that the company had reported the incident to the Central Drugs Standard Control Organisation “within 24 hours”.

The strain that Bharat Biotech researchers used was first isolated by the National Institute of Virology, Pune, and which the Indian Council of Medical Research (ICMR) transferred to the company on May 9.

This vaccine candidate has been in the news for many wrong reasons this year. First, ICMR director-general Balram Bhargava said on July 2 that it would be available for use by August 15 – a ridiculous deadline for an untested vaccine.

Then, given the government’s interest in catalysing Covaxin’s entry into the market, Bharat Biotech’s reluctance to share data from animal trials became more conspicuous. Animal trials are also called preclinical trials because they are conducted before the human phase 1 trial. They can be useful to understand if the vaccine candidate can have bad side-effects, especially antibody-dependent enhancement and vaccine-associated enhanced respiratory disease. The company finally obliged on September 10 when it uploaded a preprint paper describing the animal trial’s results.

Experts also noticed that the phase 1 trial hadn’t received the ethics committees’ approvals at some of the institutes that were to participate in the trial. At many others, an ethics committee had been registered for the first time just then – and so lacked the expertise to assess such an important trial – or didn’t have such committees at all.

There have also been questions about the trial endpoints Bharat Biotech researchers are looking at. An endpoint is an outcome of the trial that allows scientists to measure the strength or scope of a drug’s attribute. For example, the number of people who develop neutralising antibodies after receiving the vaccine candidate – divided by the total number of people who were administered the dose – can make for one endpoint. However, this is not a useful endpoint because we also need to know how long these antibodies last and how effective they really are against the disease.

As Priyanka Pulla wrote in July this year, “Neutralising antibodies are at best a surrogate endpoint of vaccine efficacy. In other words, they are a likely predictor but not unambiguous evidence. For this reason, the WHO recommends that all vaccine manufacturers conduct phase 3 trials, which can … measure rates of actual disease”. However, Bharat Biotech would have had to use data from the phase 1 and 2 trials to properly design the phase 3 trials, and this data is not publicly available.

In any case, Bharat Biotech’s announcement joins a trickle of similar claims emerging around the world – as preliminary data from the trials of various vaccine candidates becomes available. Pfizer and Moderna have already raised hopes worldwide by announcing the efficacies of their respective candidates to be more than 90% each. Pfizer also applied for an ’emergency use authorisation’ for its candidate with the US Food and Drug Administration on November 20.

Both their candidates use the mRNA vaccine technology. These vaccines essentially transport genetic instructions to cells in the body to create a form of the novel coronavirus. And once the cells do so, the body’s immune system comes on. The good thing about mRNA vaccines is that it’s easy for manufacturers to scale their production up. But on the flip side, the Pfizer candidate needs to be stored and transported at -70º C or so, presenting a significant infrastructural challenge to developing nations like India. And one dose of the Moderna candidate costs much more than India has typically paid for vaccines.

In fact, in an extended interview to The Wire last week, the noted clinician-scientist Gagandeep Kang said these two candidates might be less feasible for use in India than another currently being developed by the University of Oxford and AstraZeneca, and to be distributed in India by the Pune-based Serum Institute. But when this is likely to happen is unclear.

Last week, Reuters quoted an unnamed government scientist saying that an India-made COVID-19 vaccine would be available for use in the country as early as February 2021.

Note: This article was updated at 7:05 am on November 23, 2020, to note that Bharat Biotech had uploaded a preprint paper describing its preclinical trials on September 10.