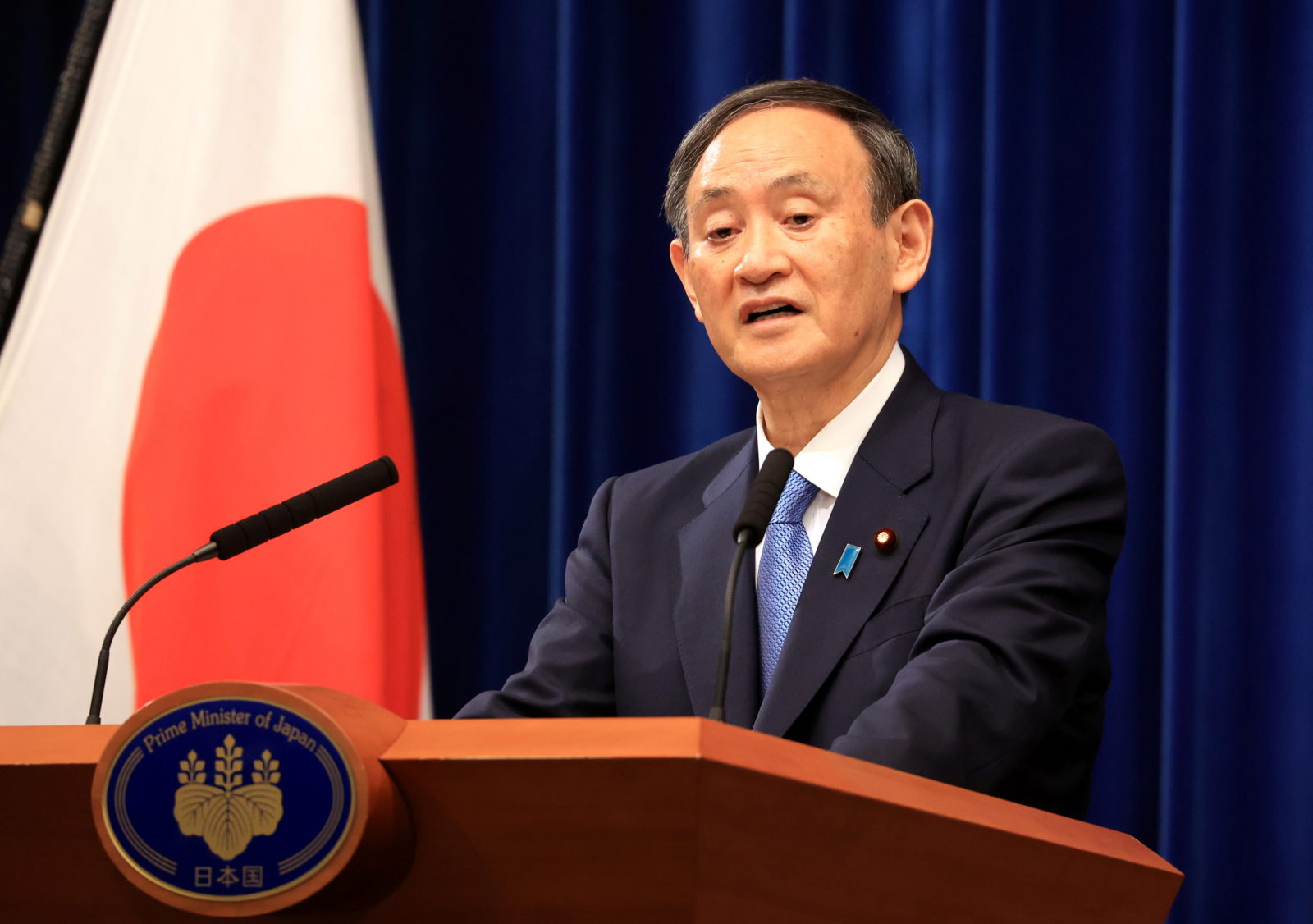 The possible emergency declaration would mark a reversal, as Suga has resisted any such drastic steps to restrict economic activity.

Japan saw a record 4,520 new cases on December 31, prompting the capital and three neighbouring prefectures to seek an emergency declaration from the national government. The region now accounts for about half of new nationwide cases.

“Even during the three days of the New Year’s holidays, cases didn’t go down in the greater Tokyo area,” Suga said at a news conference to mark the start of 2021. “We felt that a stronger message was needed.”

He did not say when the government would make a decision, or what restrictions would follow. The first state of emergency, declared last spring, lasted more than a month, shutting down schools and non-essential businesses.

Suga repeated, however, that many of the new cases with unknown origins were likely linked to restaurants, and that the government’s latest request for restaurants in the Tokyo area to close at 8 pm – rather than 10 pm – should be effective.

As a third wave of infections hit Japan last month, the government paused a popular subsidised travel programme for two weeks through Jan. 11. Suga said resuming the “Go To Travel” programme would be tough under a state of emergency.

Toshihiro Nagahama, an economist at Dai-ichi Life Research Institute, estimated that a monthlong suspension of non-urgent spending by consumers in the Greater Tokyo area would reduce gross domestic product by 2.8 trillion yen ($27 billion), or an annualised 0.5%.

Japanese shares fell on the year’s first day of trading, reacting to news of the potential state of emergency.

Although Japan has relied on voluntary closings rather than the sort of rigid lockdown measures seen elsewhere in the world, Suga said a bill would be submitted to the next session of parliament to give state-of-emergency restrictions more teeth, including penalties.

Although the case numbers in Japan pale in comparison to many parts of Europe and the Americas, Suga has the challenge of hosting the Olympics in Tokyo this summer after the pandemic caused the Games’ first-ever delay in 2020.

Japan last month said it would temporarily ban non-resident foreign nationals from entering the country after the detection of the new, highly infectious variant of the coronavirus.

Suga repeated on Monday the government’s pledge to host the Games, and said it would aim to start vaccinating residents by the end of February.