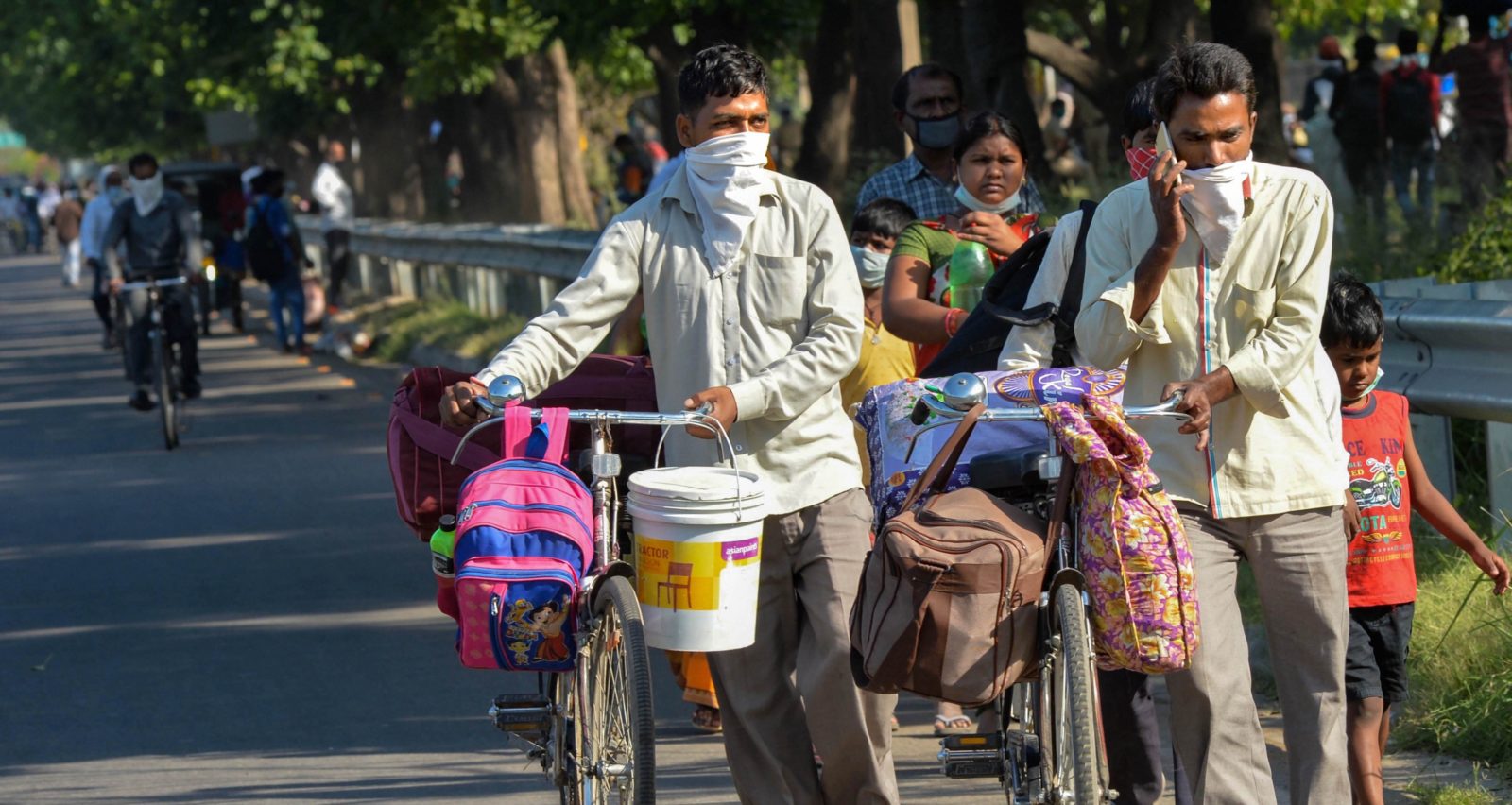 Migrant workers on their way to board a train to reach their native villages, during the ongoing lockdown, in Chandigarh, May 31, 2020. Photo: PTI

New Delhi: In their second joint statement, the Indian Public Health Association (IPHA), Indian Association of Preventive and Social Medicine (IAPSM) and Indian Association of Epidemiologists (IAE) Joint COVID-19 Task Force has stated that the current situation in India with regard to COVID-19 cases could have been avoided had migrant workers been allowed to go home before a lockdown was imposed.

The statement reads: “The returning migrants are now taking the infection to each and every corner of the country, mostly to rural and peri-urban areas, in districts which had minimal cases and have relatively weak public health systems (including clinical care)”.

The report has been sent to Prime Minister Narendra Modi.

“This draconian lockdown is presumably in response to a modelling exercise from an influential institution which presented a ‘worst-case simulation’. The model had come up with an estimated 2.2 million deaths globally.

“Subsequent events have proved that the predictions of this model were way off the mark. Had the Government of India consulted epidemiologists who had better grasp of disease transmission dynamics compared to modelers, it would have perhaps been better served,” the report stated.

From limited information available in the public domain, the experts said it seems the government was primarily advised by clinicians and academic epidemiologists with “limited field training and skills”.

According to the report, India is paying a heavy price, both in terms of humanitarian crisis and disease spread.

“The incoherent and often rapidly shifting strategies and policies, especially at the national level, are more a reflection of afterthought and catching up phenomenon on part of the policy makers rather than a well thought cogent strategy with an epidemiological basis,” they said.

The experts have recommended constituting a panel of inter-disciplinary public health and preventive health experts and social scientists at central, state and district levels to address both public health and humanitarian crises.

It has suggested that all data, including test results, should be made available in public domain for the research community (clinical, laboratory, public health and social sciences) to access, analyse and provide real-time context-specific solutions to control the pandemic.

“A Public Health Commission with task-specific Working Groups may be urgently constituted to provide real-time technical inputs to the government,” it suggested.

Highlighting that physical distancing norms need to be practiced to slow down the spread of infection, the experts said at the same time, enhanced social bonding measures need to be promoted to address mental health concerns of anxiety and lockdown.

They further recommended extensive surveillance for patients with Influenza like Illnesses (ILI) and Severe Acute Respiratory Illness (SARI) through clinical institutions (including private hospitals) and testing, tracing, tracking, and isolating with marked scaling up of diagnostic facilities.

Joint Statement of IPHA, IA… by The Wire on Scribd