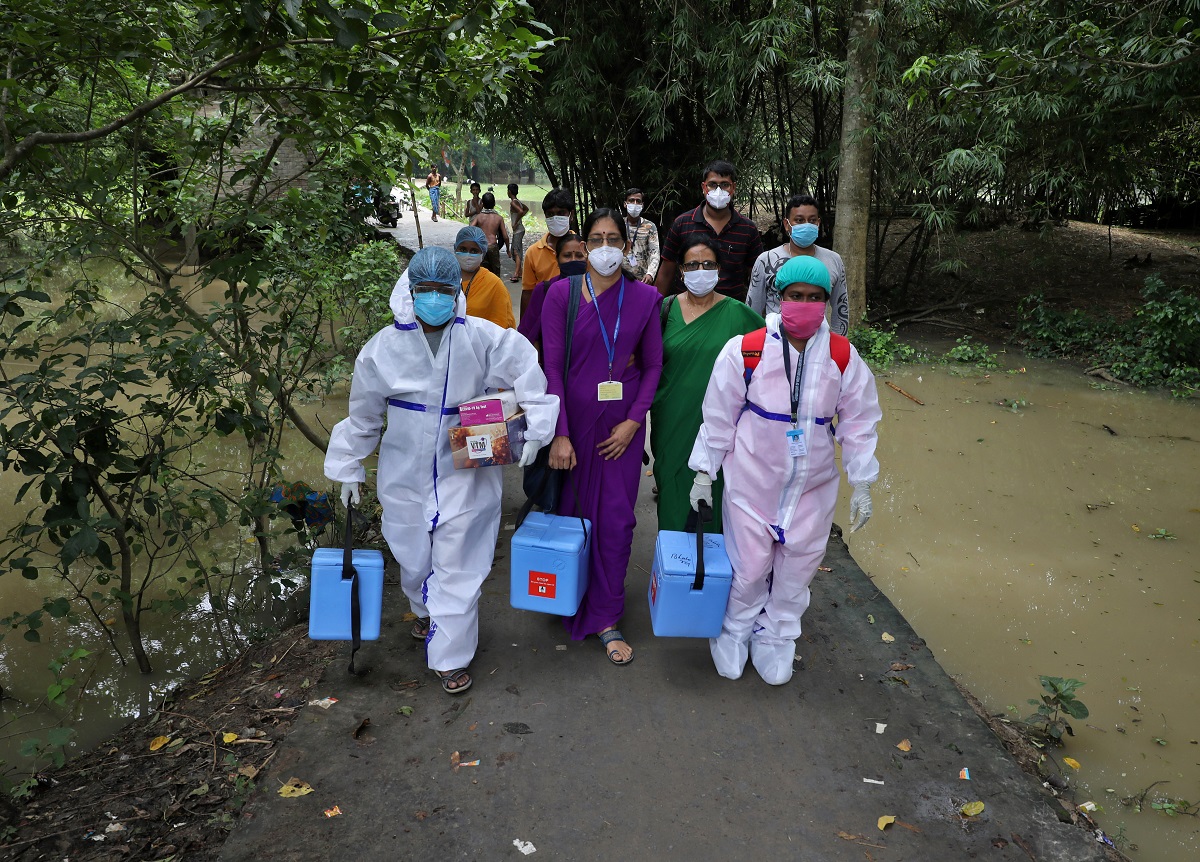 More Fun Than Fun: Scientists Must Write for the People

New Delhi: India administering a record high of 8.6 million COVID-19 vaccine doses on Monday may have been enabled by BJP-ruled states slowing down the pace of vaccinations during the previous few days, according to a Scroll report.

Earlier this month, Prime Minister Narendra Modi said the Centre would buy 75% of all vaccines from drug makers and distribute them for free to states, which along with private hospitals had earlier been buying shots for people aged 18-45. Monday’s vaccination ‘record’, therefore, was spun by the Modi government as a consequence of this move.

India’s previous record of 4.5 million doses was on April 5, followed by a sharp decline with average daily inoculation falling below 3 million.

“Today’s record-breaking vaccination numbers are gladdening. The vaccine remains our strongest weapon to fight COVID-19,” Modi wrote in a tweet, and thanked the front-line workers who enabled citizens to get vaccinated.

According to Scroll, data from the Co-WIN portal shows that in states like Madhya Pradesh, Karnataka, Uttar Pradesh and Assam, there was a drop in vaccinations in the days before Monday. This may have allowed the ‘record’ figure to be artificially manufactured, the report says.

It says that while the average doses administered usually drops on Sundays, the drop on this past Sunday was higher than usual in many BJP-ruled states, according to Scroll. Such a trend was not observed in non-BJP ruled states.

Experts have said that India needs to administer ten million doses a day to achieve its aim of inoculating 950 million adults by December. So far, India has fully vaccinated less than 5% with two doses.

“If supply remains consistent, we will be on course to inoculate most of our population (of over 125 million) by the end of the year,” D.N. Patil, a senior health official in Maharashtra, told Reuters.

Earlier this month, the government had said that India could have as many as ten million doses of COVID-19 vaccines available per day in July and August. Government adviser Vinod Kumar Paul said on Monday that administering ten million shots per day was not a “set goal”.

“As the ramping up takes place, speed of implementation should also ramp up and that would lead to a certain number,” Paul said in an interview with CNBC-TV18 channel.

“There is a demonstration by the system of how much can be done on a given day, at least this is something that should become obvious by the end of the day.”

With an overall caseload of 29.9 million, India ranks second-highest globally behind the US.

Since May, widespread vaccine shortages have worsened the divide between urban and rural areas, as many younger city-dwellers turned to private hospitals, paying between Rs 650 and Rs 1750 per dose.

“It marks the beginning of the end of adversities related to COVID-19 in the country,” Giridhara Babu, a member of the Indian Council of Medical Research, told Reuters. In January, similar premature remarks by top government officials that COVID-19 had been ‘defeated’ may have convinced people to abandon virus-appropriate behaviour and paved the way for the devastating second wave.

Experts warn that millions remain vulnerable to infection, particularly in the countryside where two-thirds of the population lives. And a swift reopening of cities could complicate mass immunisation efforts.