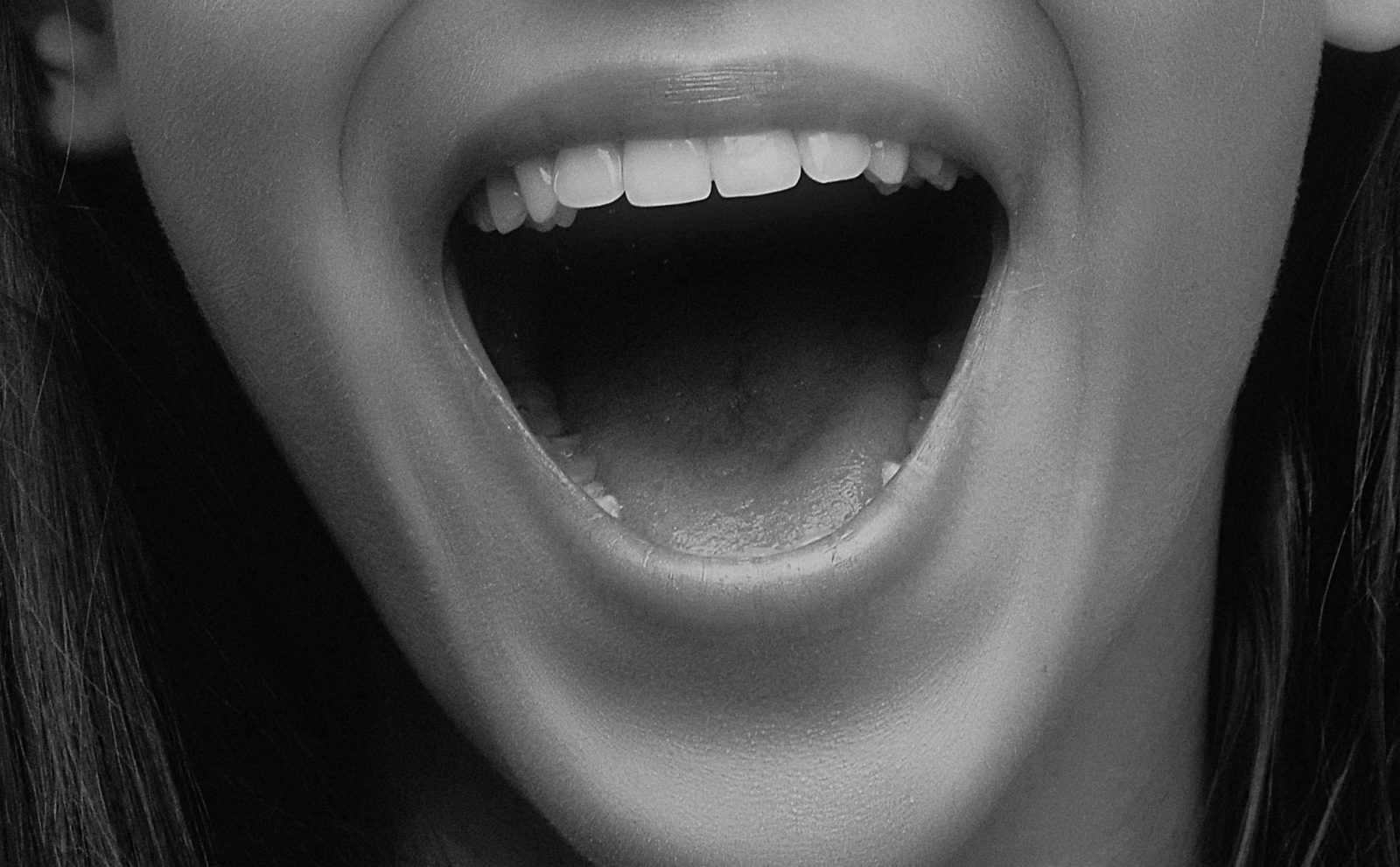 More than two years into the COVID-19 pandemic, one question still boggles physicians and scientists: why do some individuals suffer more and longer than others?

Comorbidities like diabetes, hypertension, chronic infections, etc. only partly answer the question. It is still not clear how some seemingly healthy individuals develop severe COVID-19 while others don’t.

According to some scientists, oral microbes could be the answer.

A human body has roughly the same number of bacteria as our own cells – if not more. The microbes that reside on or within us are collectively called the human microbiome. They are most abundant in the gut, followed by the oral cavity, which includes the mouth, the tongue, lips and the floor of the mouth. The microbes here make up the oral microbiome.

In the last few decades, scientists have linked such a dysbiosis – a decrease in the number and diversity of beneficial microbes accompanied with a corresponding increase in those of disease-causing microbes — of the oral microbiome to respiratory infections. Such a link could be due to one of the following reasons:

Scientists have also discerned a link between oral hygiene and pneumonia. For example, a randomised controlled trial conducted in 366 elderly patients in 11 nursing homes in Japan in 2002 found that individuals who didn’t receive oral care were 50% more likely to succumb to bacterial pneumonia than those who had received oral care. Hidetada Sasaki, then a professor of geriatric and respiratory medicine at Tohoku University School of Medicine, led the study.

Also read: The Curious Case of the Deaths That Weren’t Due to COVID-19

In early 2020, when the novel coronavirus was spreading worldwide, researchers were hunting for answers as to why the disease was severe in some individuals. At least one report published at the time suggested that bacterial infections that occurred at the same time as a COVID-19 infection could answer this question.

Fei Zhou & co., physician-scientists from six hospitals in Beijing and Wuhan, conducted a retrospective study of 191 adult COVID-19 patients aged 18-87 years, admitted in two hospitals in Wuhan between December 29, 2019, and January 31, 2020. They found that 50% of these patients suffered from a bacterial infection in addition to COVID-19. Some 70% of them also succumbed to the infection due to septic shock — where the patient’s blood pressure drops severely and body temperature keeps fluctuating, caused more likely by a bacterial than a viral infection.

The findings of Meijuan Zheng, an associate professor of clinical laboratory at the First Affiliated Hospital of Anhui Medical University, Hefei, and others from two medical universities in China, in a study conducted with a cohort of 68 COVID-19 patients admitted to two hospitals of a medical university in China, further supported this view. They observed that patients with severe COVID-19 had more granulocytes – immune cells that fight bacteria – than those with less severe COVID-19 disease. There were fewer lymphocytes – immune cells that mainly fight viruses – in the blood of patients with severe COVID-19 than in those with mild to moderate disease.

Jingyuan Liu and other physician-scientists at the Capital Medical University, Beijing, also reported that the neutrophil-to-lymphocyte ratio could predict the severity of a patient’s immune response to COVID-19. Their observations were based on a study of 115 patients, from two groups, treated at Beijing Ditan Hospital. The first group, where Liu and colleagues made their observation, comprised 61 patients treated between January 13 and January 31, 2020. The second group, where Liu and colleagues tested to confirm their findings, included 54 patients treated between February 1 and February 24, 2020.

Together, the two cohorts had 37 patients with severe COVID-19, defined by respiratory distress or oxygen saturation of 93% or less. They found that over 80% required antibiotic therapy as the number of neutrophils, a kind of granulocyte, in their blood was about a million-times higher than those in healthy individuals, suggesting a bacterial infection.

Based on these findings, Michael J. Cox, an assistant professor of respiratory microbiome at the Institute of Microbiome and Infection at the University of Birmingham, and his colleagues from three universities in the UK argued for a to probe into bacterial co-infections to understand the severity and treatment of COVID-19 in a correspondence published in The Lancet in May 2020.

In line with this correspondence, Jay Patel, a student researcher of dental surgery and oral science at the University of Leeds, and Victoria Sampson, a dentist with a private practice in London, hypothesised in July 2020 that dysbiosis of the oral microbiome could influence disease severity. They wrote that sequencing the DNA of the microbiome was important “to ascertain whether poor oral hygiene is a modifiable risk factor [i.e. that can be controlled by taking measures] for COVID-19 complications and if there is a place for the promotion of good oral hygiene as a preventive public health intervention during the pandemic.”

However, after the International Severe Acute Respiratory and Emerging Infections Consortium (ISARIC) study in the UK – which characterised the extent and effect of COVID-19 complications in some 49,000 COVID-19 patients hospitalised between February 6 and June 8, 2020 – Patel has been reconsidering his previous hypothesis. The ISARIC study concluded that “bacterial or fungal infections were rare in patients admitted to hospital with COVID-19 during the first wave of the pandemic in the UK” – implying that oral dysbiosis does not influence the severity or duration of COVID-19.

This said, the authors of the ISARIC study also had a caveat: it was difficult to determine how many of the participants had actually been tested for the presence of bacteria or other microbes in their bodies when they were admitted to the hospital. The authors noted that this could partly explain “the apparently low rates of microbiological investigations we observed.”

The authors also said that Gram-negative bacteria were responsible for most of the bacterial infections when they did occur. This is a class of bacteria that have lipopolysaccharide (LPS) as the major component of their cell walls. LPS can elicit a strong immune response in humans, making the immune cells secrete cytokines and chemokines, which can inflame tissue. This activates more immune cells, triggering a stronger response in an attempt to fight off the pathogen. However, the latter can go on to damage ‘normal’ cells also. The other class of bacteria, called the Gram-positive bacteria, contain peptidoglycans as the major component of their cell walls.

Interestingly, a study conducted with 164 COVID-19 patients in central Massachusetts from April 2020 to February 2021 also linked the role of Gram-negative bacteria in the mouth with the severity and duration of COVID-19 symptoms. The study was led by John P. Haran, an associate professor of emergency medicine at the University of Massachusetts Medical School. The average duration of symptoms in these patients was about seven weeks, and up to 10 weeks in some cases.

“Patients with prolonged symptoms had significantly higher abundances of microbiota that induced inflammation, such as members of the genera Prevotella and Veillonella, which, of note, are species that produce LPS,” the authors wrote in their paper.

Similar reports on the association of oral dysbiosis with COVID-19 severity have emerged from different parts of the world, including Europe, the US and South Asia.

In a more recent study, in India, a group of researchers from Dr D.Y. Patil Vidyapeeth and the National Centre for Cell Science, Pune, linked oral dysbiosis with COVID-19. They analysed data from 30 patients for changes in the oral microbiome. The authors, however, noted that studies with larger cohorts and which probed immunological parameters could provide more insights into the interaction of the oral microbiome with the novel coronavirus.

Supriya Kheur, a professor of oral pathology and microbiology at Dr D.Y. Patil Vidyapeeth and who led this study, said that it “unequivocally revealed that SARS-CoV-2 infected patients exhibit unique microbial signatures with increased abundance of both pathogenic bacteria and fungi.”

Also read: Who Dies of COVID-19? Explaining the US’s and India’s Divergent Estimates

Another group of researchers from three universities in China, and Columbia University, New York, reported that their study with 53 hospitalised COVID-19 patients, published in July 2021, showed significant alterations in the oral and gut microbes. “Our data revealed profound alterations in both oral and gut microbiomes, which were reflected in the dramatic changes in community structure, potential bacterial marker species, and predicted functional profile,” the authors wrote in their paper.

A couple more studies – one from Bangladesh and another from Italy – have reported similar oral dysbiosis in COVID patients.

The dysbiosis linked to COVID-19 seems to be so stark that the oral microbiome in survivors didn’t revert to its previous state even a year after their recovery. Guang-Ying Cui and other scientists from two hospitals and a biotechnology company in China reported this finding in a paper published in June 2022. They studied the oral and gut microbiome of 35 COVID-19 patients a year after recovery.

Although these studies associated oral dysbiosis with the severity and duration of COVID-19 symptoms, most of them were carried out at a small scale. They were also mostly restricted to patients admitted to one or a few hospitals or regions, with a very wide distribution of age. More large-scale studies like ISARIC are required to establish such associations in a large population, but are still missing.

They could also help us develop potential diagnostic tools. In this direction, Kheur and her colleagues hope to develop “a chair-side indicator instrument, which will analyse the presence and absence of the specific pathogenic bacteria, which can then be used for flash recognition of susceptible patients.”