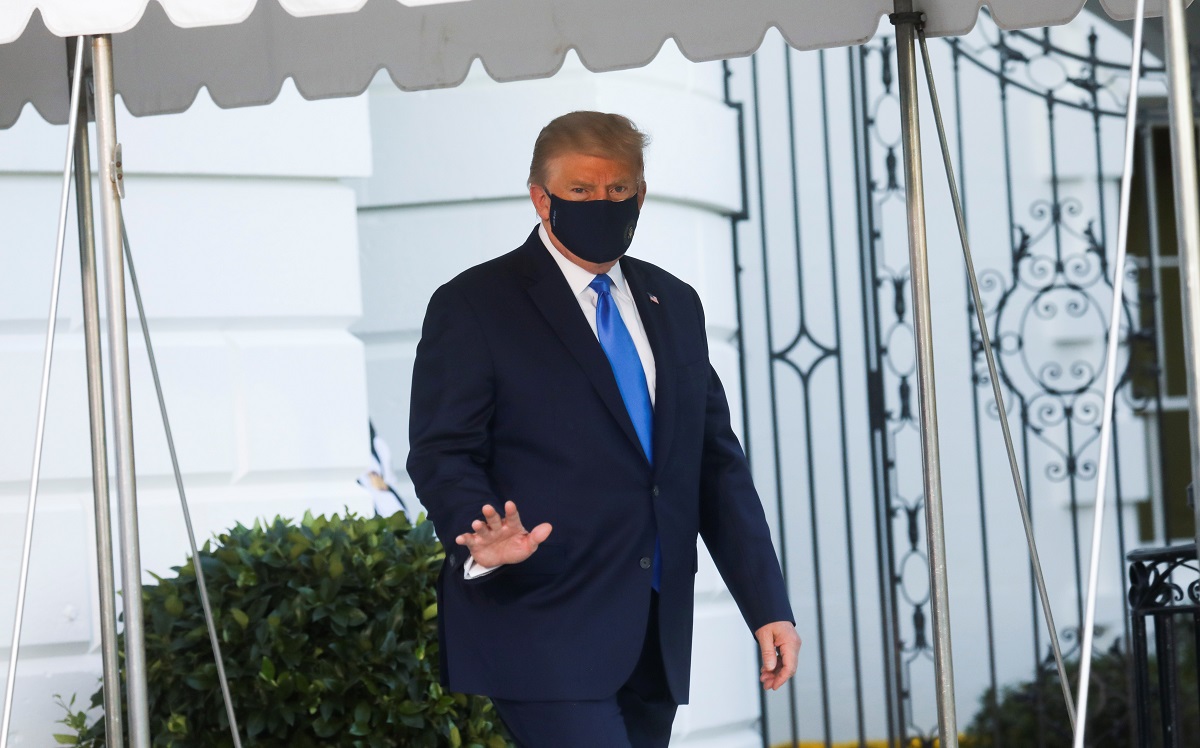 New Delhi: US President Donald Trump received a dose of an experimental antibody cocktail in addition to drugs like zinc, vitamin D, the White House said on Friday.

The experimental cocktail of antibodies, developed by the drug maker Regeneron, is called REGN-COV2 and is a combination of two human neutralising antibodies against the virus. Though it has not been peer-reviewed or approved for emergency use by the US Food and Drugs Administration (FDA), initial results from tests are reportedly ‘promising’.

Even without the FDA’s authorisation, companies can grant access to experimental treatments through ‘compassionate use’. Regeneron’s chief executive Leonard S. Schleifer told the New York Times that Trump’s medical staff “reached out to the company” for permission to use the drug. He was administered an eight-gram dose after it was cleared with the Food and Drug Administration.

According to The Guardian, REGN-COV2 is part of a class of experimental COVID-19 drugs known as ‘monoclonal antibodies’. These antibodies are manufactured copies of human antibodies to the virus.

On Tuesday, Regeneron issued a press release which said that the cocktail seemed to reduce levels of the virus and improve symptoms in patients, especially if given early in the course of infection. The greatest improvements were seen in patients who hadn’t already mounted a natural response to the infection, the company said.

Trump, 74, was flown to Walter Reed Military Medical Centre in Bethesda, a Maryland suburb of Washington DC, after testing positive for COVID-19 on Friday. He wore a mask and business suit and did not speak to reporters. First Lady Melania, 50, who also tested positive for COVID-19, chose to stay back at the White House.

Apart from REGN-COV2, Trump has been given zinc, vitamin D, famotidine, melatonin and a daily aspirin. Clifford Rosen, an associate editor at the New England Journal of Medicine, told NYT that there are no “rigorous clinical trials showing vitamin D, zinc or famotidine help fight the virus”.

Medical experts have also decided to administer the anti-viral drug Remdesivir, which has shown some encouraging results in clinical trials of helping hospitalised COVID-19 patients.

White House physician Sean Conley said medical specialists have recommended a regimen of Remdesivir to treat the president’s COVID-19 infection. “This evening, I am happy to report that the president is doing well,” Conley said in a health bulletin on Friday night, the first after the president was moved to the military hospital as a precautionary measure.

Trump is not in need of any supplemental oxygen, and has completed his first dose and is resting comfortably, Conley added.

The Trump administration had issued an emergency use authorisation for Remdesivir earlier this year after the drug showed moderate effectiveness in improving outcomes for patients who were hospitalised with the coronavirus infection. The anti-viral drug was used to treat malaria and has shown encouraging results in the treatment of COVID-19, showing results if given while the virus is still replicating.

“I think I’m doing very well, but we’re going to make sure that things work out,” Trump said in a brief video message posted on Twitter.

Trump will work in a special suite at the hospital for the next few days as a precautionary measure. He has a mild fever, according to Reuters.

According to The Guardian, doctors believe that factors such as Trump’s age and weight place him at risk of “complications” from COVID-19.

“While doctors expect symptoms such as headache, fever and loss of taste to emerge in the first week of infection, it is in the second week when patients can go dangerously downhill as the virus spreads to the lungs and causes problems with breathing,” the newspaper stated.

Data suggests that people in their mid-70s have an infection fatality rate of about 4%, against an average of 2.9% for the general population. On top of this, men are nearly twice as likely to die as women and being obese triples the risk of hospital admission.

The memorandum issued by Conley did not mention if the US president was taking hydroxychloroquine (HCQ), which he had touted initially as a possible preventative or cure for COVID-19. Trump had claimed on several occasions that he took regular doses of the drug to reduce the chances of him contracting the infection.

The WHO decided in early July to discontinue HCQ trials after interim results showed that the drug produces “little or no reduction in the mortality” of hospitalised COVID-19 patients. The FDA also revoked the emergency use permission granted to use HCQ as a treatment for patients, after concluding that the drug’s benefits do not outweigh the risks.