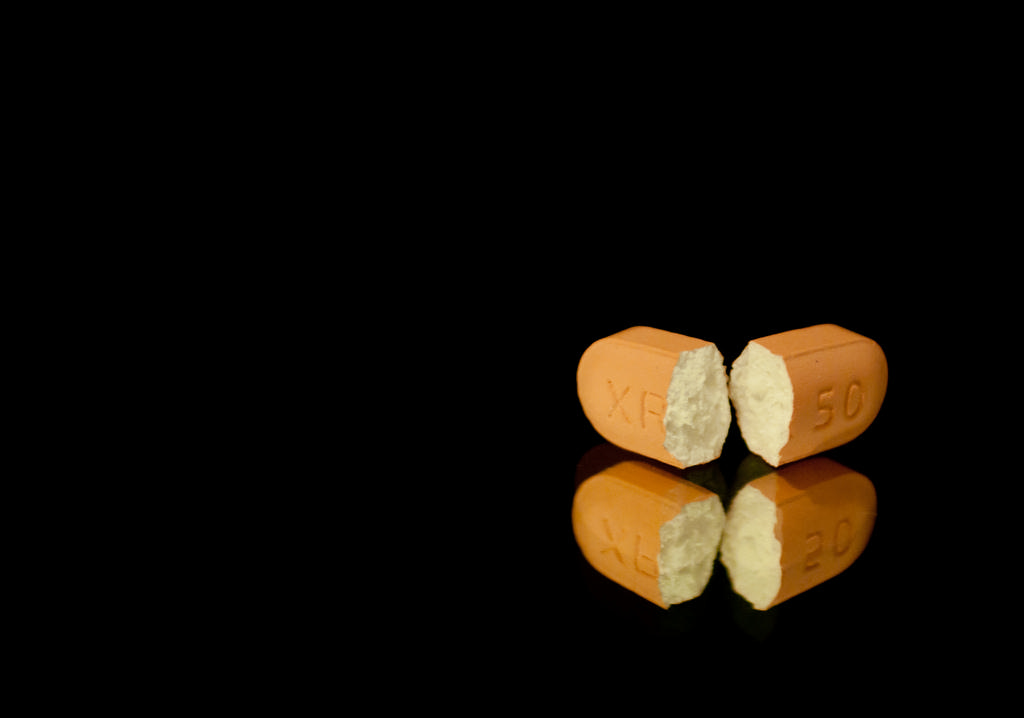 Scientists, university press officers, journal editors, journalists and their editors all have a role to play in ensuring that, in all stages of this ‘information cycle’, the precept of primum non nocere is always upheld. Credit: derekgavey/Flickr, CC BY 2.0.

Flip open any tabloidish newspaper and you’re likely to see an article or two about what coffee, wine or chocolate does to the heart when its intake is hiked – typically printed under a banner that says ‘Science’. And if you wait long enough, which is often a week, you’ll see the exact same claims being made but this time if the intake is reduced. This article (the one you’re reading right now) doesn’t have advice for people who craft their diets based on the suggestions of such newspapers. Instead, it’s about who could be to blame for publishing flip-flopping claims.The answer is typically that a journalist somewhere picked up a press release or a minor study and took it too seriously, ignoring one of the cornerstones of modern science: that it progresses in gentle increments more often than it does in loud leaps. But at the same time, it’s not just the journalist who’s to blame. The publish-or-perish paradigm affects another species, too: the scientists. Having a study receive favourable coverage in the media can draw attention to a scientist or her lab, which in turn can draw investment and appreciation. To improve the odds of this happening, institutions and research journals often hype their results in press releases, at times making the findings seem more notable than they actually are (or, in one case, more unreal).

The impact of such practices is quite real when it comes to health news – especially if a press release or a news article provides advice. And while there’s the kind that asks you to eat fewer or more chocolates over ten days, there’s also the kind that asks you to think twice, or not at all, before popping statins to stave off a faraway heart attack – while clumsy reports in the news about its side-effects muddle the waters further. Scientists, university press officers, journal editors, journalists and their editors all have a role to play in ensuring that, in all stages of this ‘information cycle’, the precept of primum non nocere is always upheld.

As Ranjana Srivastava, an oncologist, wrote in The Guardian, “It is up to journal editors to … spell out the difference between interesting research and findings that transform patient care” to clinicians – and later: “In a free society, patients are allowed to make poor choices but the media shouldn’t facilitate it.” Seen this way, everyone is to blame if something goes wrong because everyone has opportunities to anticipate and prevent ‘defects’: scientists for not being as precise or accurate as they need to be; journal editors not facilitating access to all the information – including conversations between journalists and scientists – in the right ways; and journalists not being rigorous or nuanced enough with their coverage.

But for better or worse, things aren’t always this straightforward. One of the conclusions of a new study conducted by researchers from Cardiff University, UK, and the University of Wollongong, Australia, is that there is “no evidence that exaggeration in press releases is associated with increased news uptake” – or that the prevalence of caveats is associated with a reduction. To arrive at this result, the researchers analysed 534 press releases issued by high-profile health and biomedical journals for 534 peer-reviewed papers and the 582 news articles that were subsequently published about them. In the paper’s conclusion, they write, rightly so, that the “findings should be encouraging for press officers and scientists who wish to minimise exaggeration and include caveats in their press releases.”

Could they have added that their finding is also indicative of journalists being more diligent on average? Not really; another result from the same study seems to take away from such an impression: Even if exaggerations and caveats didn’t affect news uptake, their incidence in press releases was mirrored in news articles directly based on those releases. (In 2014, the same group of researchers had arrived at similar conclusions when comparing news reports with press releases issued by universities.) Anyway, this implies a journalist’s act of choosing what to print is based less on the strength of a reported observation and more on what the observation is about. This likely won’t surprise a newspaper’s editors, but it will hearten press officers because it provides some insights into how journalists decide what to write on.

In sum: it may be difficult to apportion blame when it comes to tracking down the origins of bad health advice presented by the media but it wouldn’t be fair to call only journalists irresponsible. As Chambers’s paper shows, the problem often takes shape beforehand. In fact, press releases crafted by university press officers and journals’ outreach groups are publicised only after the scientist whose study is being discussed has approved the document. So either there’s something amiss in the sign-off stage or the scientists violate primum non nocere – though it may not be binding – right there. The British physician and writer Ben Goldacre, in an editorial accompanying the Cardiff group’s 2014 study, wrote:

At present, researchers who exaggerate in an academic paper are publicly corrected—and held to account—in commentaries and letters to the publishing journal, through the process of post-publication peer review. This could be extended. Press releases are a key part of the publication of the science: journals should reflect this and publish commentary and letters about misrepresentations in the press release, just as they publish commentary on the academic paper itself.

To call for a body to regulate the drafting of press releases would be misguided: besides the sheer volume of dubious claims being published, it is the fourth estate’s responsibility to be responsible in its choice of what to cover as well as to knock back against those being reckless about it. For example, a study published in January 2014 noted that “newspapers were more likely to cover observational studies and less likely to cover [randomised control trials] than high impact journals”; the newspapers in question were the New York Times, Wall Street Journal, USA Today, Los Angeles Times and the San Jose Mercury Times.

Then again, what universities and journals try to do with press releases is more benign when compared what Big Pharma can afford to do with markets, and when it can become much harder for the readers of health news to decide what is good or bad for them.

An infamous example is that of statins, as briefly discussed earlier. According to Deepak Natarajan, a Delhi-based cardiologist, the ten drug companies on the Fortune 500 together spent $67 billion on ‘marketing and administration’ activities just in 2002 – with some estimating that over $50 billion was spent on marketing alone (this Canadian study from 2003 highlights one impact). At the time, statins made the most money for these companies. Club these details with the fact that 66-75% of clinical trials “published in the major journals are funded by the drug industry”, and you have a crisis of reliability that threatens to undermine the authority of journals like NEJM and JAMA staring back at you. Where then does one look for reliable authority?

Ultimately, that likely rests with a scientist-friend of yours, a member of your social or professional network who has advised you on covering health, biomedical and bio-ethics research before, whose guidance you trust. And cultivating such relationships often requires the same attitude and skills as we’ve come to expect from scientists and mediapersons alike: being fair to the other’s profession, being sensitive to the other’s constraints, and always deferring to the public interest (especially when it is compelling). As Daniel Sarewitz wrote in his controversial essay on saving science, “Only through direct engagement with the real world can science free itself to rediscover the path toward truth.”

Does the Way India Evaluates Its Research Doing Its Job?