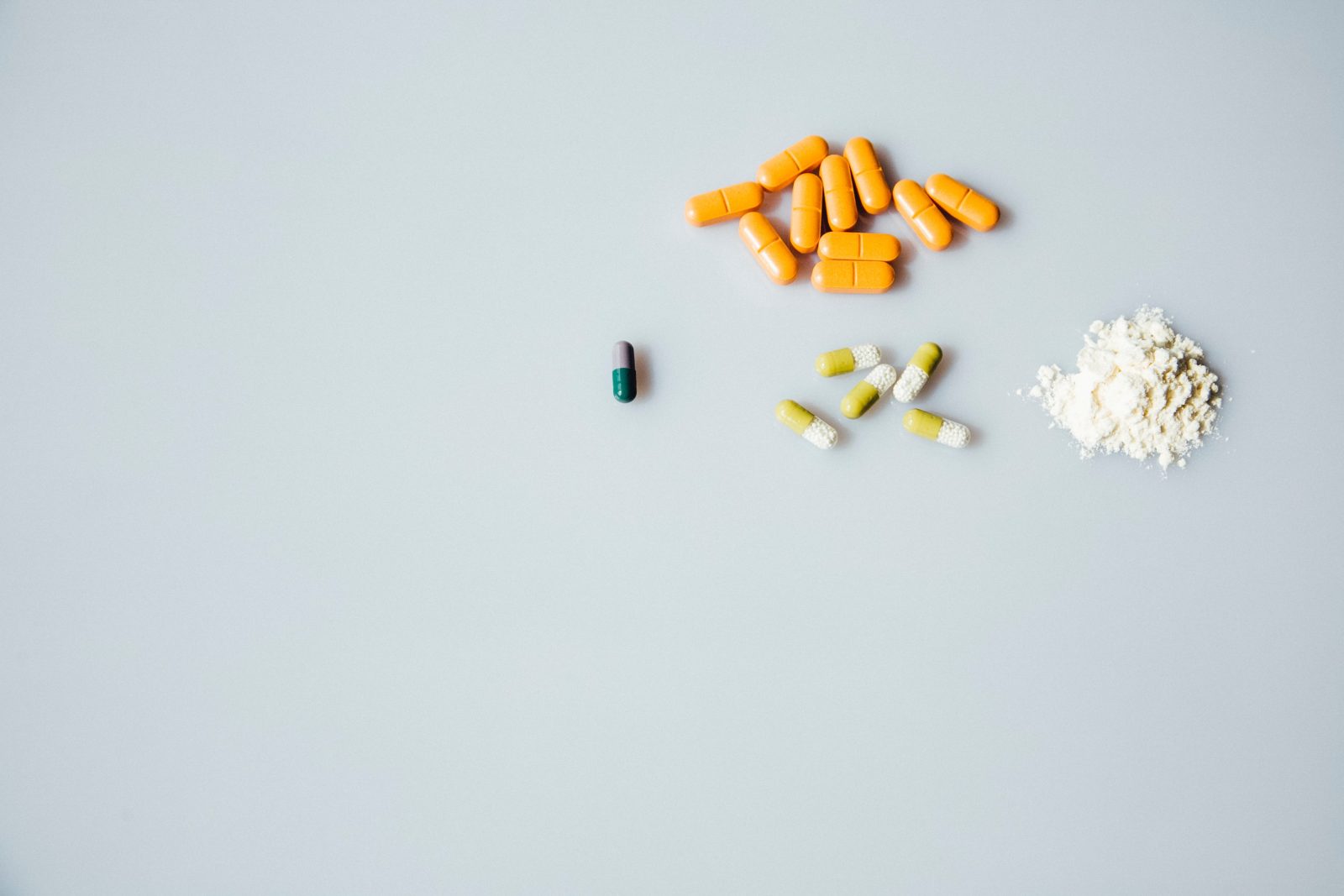 India’s Hospitals Have an Infection Problem. Could Accreditation Be the Way to Go?

This is the second of two explainers associated with Priyanka Pulla’s report on healthcare-associated infections and accreditation issues.

When patients contract healthcare associated infections (HAIs) caused by multi-drug resistant (MDR) bugs, they are forced to remain in hospitals for much longer, and spend more on treatment. Studies have shown that MDR bugs kill patients more often than drug-susceptible pathogens, although the data remains inconclusive given the many other confounding factors that affect mortality.

For example, while mortality is indeed high among MDR patients, older people who have been sick for a long time – and have underlying illnesses like diabetes or cancer – tend more often to harbour MDR bugs. This is probably because they have already taken antimicrobial drugs several times in the past. When such patients die, can we say the MDR bug killed them? Would they have suffered the same fate if they had contracted a bug susceptible to antimicrobial drugs? What if they had never contracted an HAI: would they have succumbed to their underlying illnesses anyway? These questions are hard to answer definitively.

To surmount this problem, some studies have compared mortality among MDR patients and non-MDR patients while controlling for confounding factors like the severity of the underlying illness and the patient’s age. Here, too, results were contradictory. A 2015 study conducted in ten Fortis Healthcare hospitals controlled for age, sex, infection site and number of co-infections, and found that hospital inmates with MDR infections were two- to three-times more likely to die than those with susceptible infections.

However, another study in two Singaporean hospitals found no such difference in mortality, although it did find that patients with MDR infections stayed longer in hospitals.

Is there something about MDR pathogens that makes them deadlier?

Not necessarily; in fact, research suggests the opposite could be true. In one study, scientists found that when a common hospital bug called Pseudomonas aeruginosa developed a mutation to resist the drug ciprofloxacin, it paid a price by not being able to move around as much. A less mobile P. aeruginosa is also less virulent, and less likely to kill.

Still, other drug-resistant bugs retain their power to harm. Escherichia coli is an example: in an experiment by American researchers, a streptomycin-resistant mutant of E. coli became less virulent at first, just as P. aeruginosa did. However, it subsequently gained compensating mutations that restored its ability to cause disease.

The conflicting evidence means that we don’t know if there is something inherently deadly about MDR pathogens.

One explanation could be the lack of an early diagnosis. Doctors treating a patient with MDR infections must conduct a battery of tests to figure out which antibiotic works and which doesn’t. Before they get the results, they must guess at the right drug based on what they know about the prevalence of different bugs in their hospitals. If this ’empirical therapy’ doesn’t work, it could make the patient sicker.

That many Indian hospitals don’t have access to high-quality labs and extensive antimicrobial-susceptibility testing makes the problem worse, and unlikelier that a patient will get the right drug.

The toxicity of some last-line drugs given to MDR patients also has a role to play in prolonging hospital stay. Consider colistin (Polymyxin E), which doctors administer to patients with gram-negative infections that are resistant to carbapenem antibiotics. Even though colistin was first discovered in 1947, it fell out of use quickly because it could damage the kidneys. Today, however, with many gram-negative bacteria like E. coli and P. aeruginosa surviving safer drug classes like cephalosporins and carbapenems, colistin is back in widespread use.

Unfortunately, too many patients can’t tolerate colistin. Some end up with kidney damage and require dialysis, according to Merlin Moni, an internal medicine practitioner and a member of the infection control team at Kochi’s Amrita Institute of Medical Sciences. Others react with imbalances of potassium and magnesium in their blood.

“Even if patients with colistin-resistant infections see a clinical cure, they tend to remain longer in the hospital for drug related complications,” says Moni.

Being treated for such infections also raises costs exponentially. Speaking to Hindustan Times, V. Ramasubramanian, a member of the infection control team at Chennai’s Apollo Hospital, said the cost of medicines alone to treat infections that resist carbapenems can be as high as Rs 26,000 per day. This is because some guidelines for treating carbapenem-resistant infections call for a double dose of a carbapenem drug (like meropenem) in addition to another drug like colistin. Just the carbapenem component of this therapy can cost up to Rs 18,000 per day depending on the brand.

How bad is multi-drug resistance in India?

Very bad. Unpublished data from an ICMR-run surveillance network of 20 Indian tertiary-care hospitals indicates that up to 15% of one of the most common hospital bugs in India, Klebsiella pneumoniae, are colistin-resistant. That is, infections of this bug can survive multiple classes of drugs, including penicillins, cephalosporins, carbapenems and colistin.

Many of these resistant bugs are endemic in hospitals, according to Balaji Veeraraghavan, a microbiologist at the Christian Medical College (CMC), Vellore, and a member of ICMR’s surveillance network. That is, these bugs are constantly circulating among patients in hospitals instead of causing brief outbreaks and dying out. Such endemicity makes them hard to eradicate from the hospital environment.

“Once a strain like drug-resistant Acientobacter enters the hospital, it stays forever,” Veeraraghavan says.

In 2015, Veeraghavan’s team discovered a deadly strain of carbapenem-resistant Klebsiella pneumoniae in one of CMC’s wards that killed 84% of those it infected. He says the hospital was able to end the outbreak with strong infection-control measures. However, given the strain likely came via a patient from another hospital, it could show up again.

“I cannot say (the strain) has been removed, but it has been controlled.”

One reason why individual hospitals struggle to eradicate MDR bugs from their premises is because these pathogens move within hospitals in a region as patients shift from one hospital to another. So a single hospital with good infection-control practices can only do so much to keep MDR bugs out. Truly clamping down on high rates of MDR infections would require a nationwide effort to improve infection-control, says Abdul Ghafur, an infectious diseases specialist who spearheaded the Chennai Declaration.

What treatment choices do patients with drug-resistant infections have?

Gram-negative bacteria like Klebsiella pneumoniae typically first become resistant to the most commonly used class of antibiotics, penicillins. They do so by secreting an enzyme called beta-lactamase, which breaks up a chemical structure called a beta-lactam ring at the core of penicillin molecules.

Doctors treat such infections with another class of drugs called cephalosporins. But Klebsiella pneumoniae respond to them by producing an enzyme called extended spectrum beta-lactamase, which inactivates cephalosporins.

Next, doctors turn to the carbapenem class of drugs. But even carbapenem-resistant bugs are common in India (see table above): 40% of K. pneumoniae in the ICMR network fall in his category.

Finally, doctors and patients are left with colistin.

And when even this last-line drug fails – as it is beginning to – doctors turn to a handful of expensive drugs, called tigecycline or fosfomycin, that may or may not work.

The reporting for this article was funded by the European Journalism Center (EJC) through its Global Health Fellowship Program.