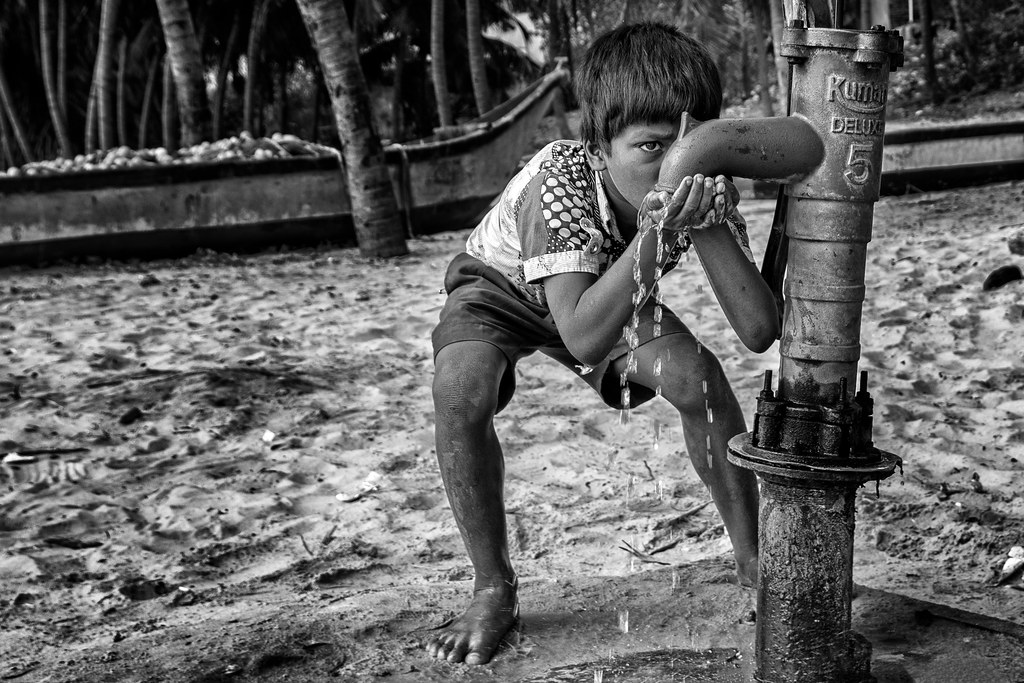 Explainer: How a Single Brucellosis Outbreak Infected Thousands in China

A boy drinks water from a handpump. Representative image. Photo: nithiclicks/Flickr, CC BY 2.0.

New Delhi: Just months ahead of the March 2021 deadline to provide safe drinking water to the nearly three crore people whose sources are contaminated by toxic pollutants such as fluoride and arsenic, there has been a drastic drop in affected habitations across the country though a large part of the budgeted amount has gone unspent.

A report by Gaon Connection says that while there were 13,819 arsenic-affected habitations in 2016, that figure is now down to 4,588 as of August 1 this year. Fluoride-affected habitations have dropped from 13,725 in 2016 to 5,632 in August 2020. This drop of around 60% has come about even though the funds released for drinking water supply projects was “insufficient”. On top of this, a majority of it remained unspent, according to the report.

Arsenic poisoning can cause cancer, while the consumption of fluoride-contaminated water results in the formation of deformed bones. Fluoride is considered to be harmful if the contamination in water is higher than 1.5 milligram per litre and for arsenic, the acceptable level is less than 0.01 milligram per litre.

The Centre launched the National Water Quality SubMission (NWQSM) on March 22, 2017 to provide safe drinking water to nearly 27,500 arsenic and fluoride affected rural habitations in four years, “subject to availability of funds”. The outlay for the project was estimated to be Rs 25,000 crore, half of which was to be released by the Centre.

According to Gaon Connection, with just five months to go for the March 2021 deadline, the Centre has only released Rs 3,940 crore or 32% of its share. In turn, state governments have spent only around 70% of it. It’s reasonable to expect that large-scale projects like this, with a big outlay, typically use every penny instead of only 22% (i.e. 70% of 32%) of the estimated total.

Of the 16 states that were allocated funds by the Centre under NWQSM, only Telangana and Odisha have fully utilised their share, according to the report. “Meanwhile, five affected states have more than 60 per cent of funds lying unspent — Andhra Pradesh, Assam, Karnataka, Maharashtra and Punjab,” the report adds.

The drastic drop in affected habitations is even more conspicuous given that apart from Rajasthan in the 2019-20 fiscal year, no other state has received any funds for the last and current fiscal years.

L.K. Atheeq, principal secretary of Karnataka’s rural development department told Gaon Connection that the Centre’s share in drinking water supply has been “small” for years. “The Government of India’s allocation under the National Rural Drinking Water Project was around Rs 700 crore to Karnataka out of which Rs 325 crore was the Centre’s share,” he said.

He said the Rs 26 crore allocated under the NWQSM could not be utilised as Karnataka had “already covered most of the water quality affected habitation”. He said the state invested Rs 2,600-3,000 crore each year for the past several years.

“So with our own funds, we have taken up pure drinking water supply projects from surface water sources. We have also installed about 18,000 water treatment plants to reduce chemically-affected habitations,” he told Gaon Connection.

Karthik Seshan, who has worked on water-related issues, acknowledged that the drop in Karnataka is drastic but said the wide installation of reverse osmosis (RO) plants across the state could have resulted in classifying these habitations as safe.

However, a September 2020 Times of India report says nearly 5,000 of these RO plants in Karnataka are defunct. The decline in affected habitations might reflect “project achievements, but need to be taken with a pinch of salt”, Seshan told Gaon Connection.

In states like Assam, Rajasthan and Jharkhand too, the number of affected habitations has fallen even though the states have not used a majority of their allocated budgets.

Unlike, Karnataka, which claims to have spent its own money to supply safe drinking water to pollutant affected habitations, many states have failed to do this either. “As far as the [states’] share is concerned, only Rs 2,021 crore has been spent from state budgets,” Gaon Connection reports. This is just 16% of the amount that they are to spend by March 2021.

Telangana was the only state which was able to provide safe water to all fluoride-contaminated habitations. The state had 967 affected habitations, all of which were provided access to safe sources by August 2020. The state spent Rs 505 crore from its own budge, apart from the Rs 700 allocated by the Centre.