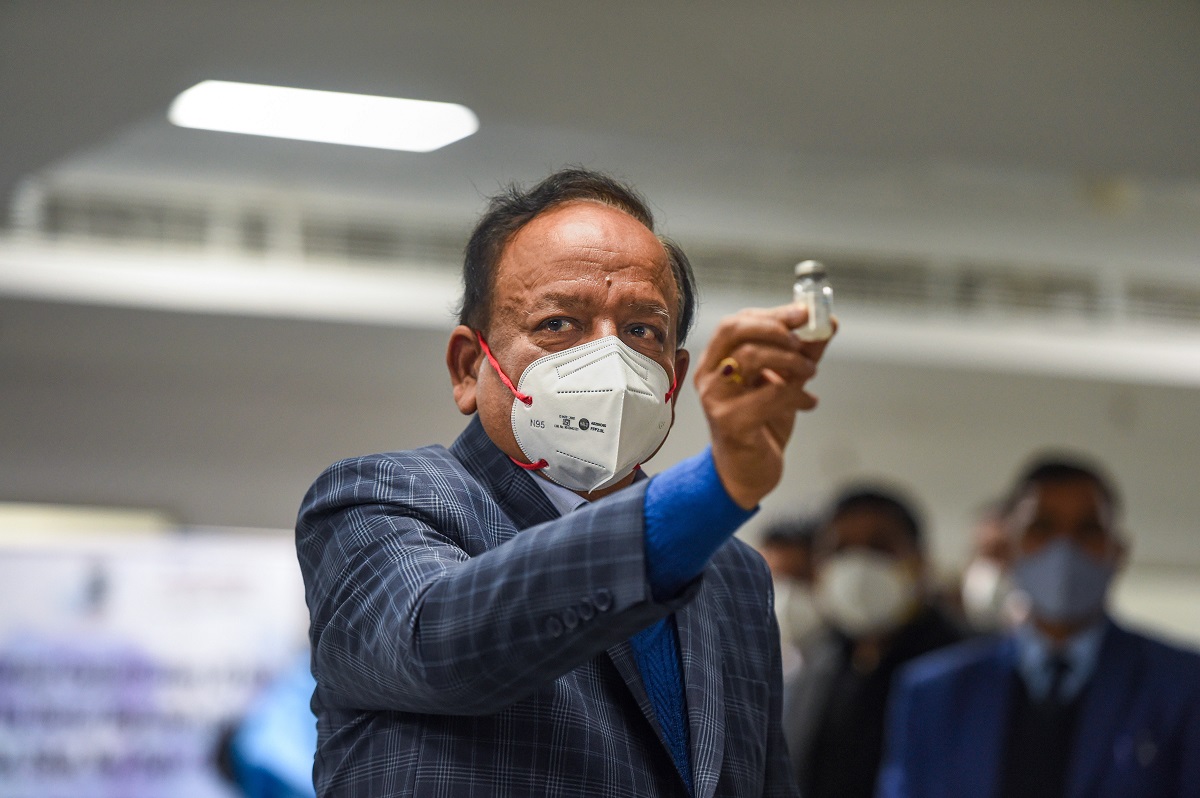 In Uttarakhand Disaster, the Handiwork of Climate Change Is Unmistakable

Bengaluru: After a group of public health experts wrote to Union health minister Harsh Vardhan asking his ministry to investigate the deaths of 11 healthcare workers after receiving COVID-19 vaccine shots, the government has rubbished any causal link and called the allegations “absolutely baseless”.

The group of experts, according to India Today, included Malini Aisola, T. Jacob John and Shree Prakash Kalantri. Their concern was regarding adverse events following immunisation (AEFI) – a formal term used to refer to any adverse medical events that happen after vaccination and could potentially be related.

On February 5, Union health secretary Rajesh Bhushan refuted all allegations that the two vaccine candidates currently part of India’s COVID-19 vaccination drive, Covaxin and Covishield, could be related to the deaths of 19 healthcare workers who had died until then.

The Drug Controller General of India Dr V.G. Somani, who heads India’s national drug regulator, had on January 3, 2021, approved Covaxin and Covishield for use in the government’s immunisation programme” on some unspecified conditions. At the time, Covaxin lacked (and still lacks) data on its efficacy and long-term safety and Covishield had yet to conclude its bridging trials. So Dr Somani’s decision was immediately controversial and the lack of data stoked vaccine hesitancy around the country.

In light of these concerns, the experts wrote to the health minister asking the government to ascertain the causes of the 11 deaths (at the time), rooted in concerns that the vaccine candidates could be responsible. “No details of who investigated the deaths, and the methodology used for each investigation, have been made public. The national committee has an obligation to investigate possible patterns in causative factors for these deaths,” they wrote.

They were also motivated by the deaths having occurred as a cluster in time, within a short span of each other. According to the WHO, AEFI clusters warrant further investigation according to a fixed set of protocols so that vaccine manufacturers and distributors may inform other current and future recipients of the risks.

“After giving 45 lakh doses, there are minimal side effects. Some times, like one person out of 1,150 persons, got a side effect and no death has been attributed yet, proves that these vaccines are superbly safe and safest that can ever be devised,” Times Now quoted Paul as saying.

According to Bhushan, the government had until February 5 logged 8,563 AEFIs.