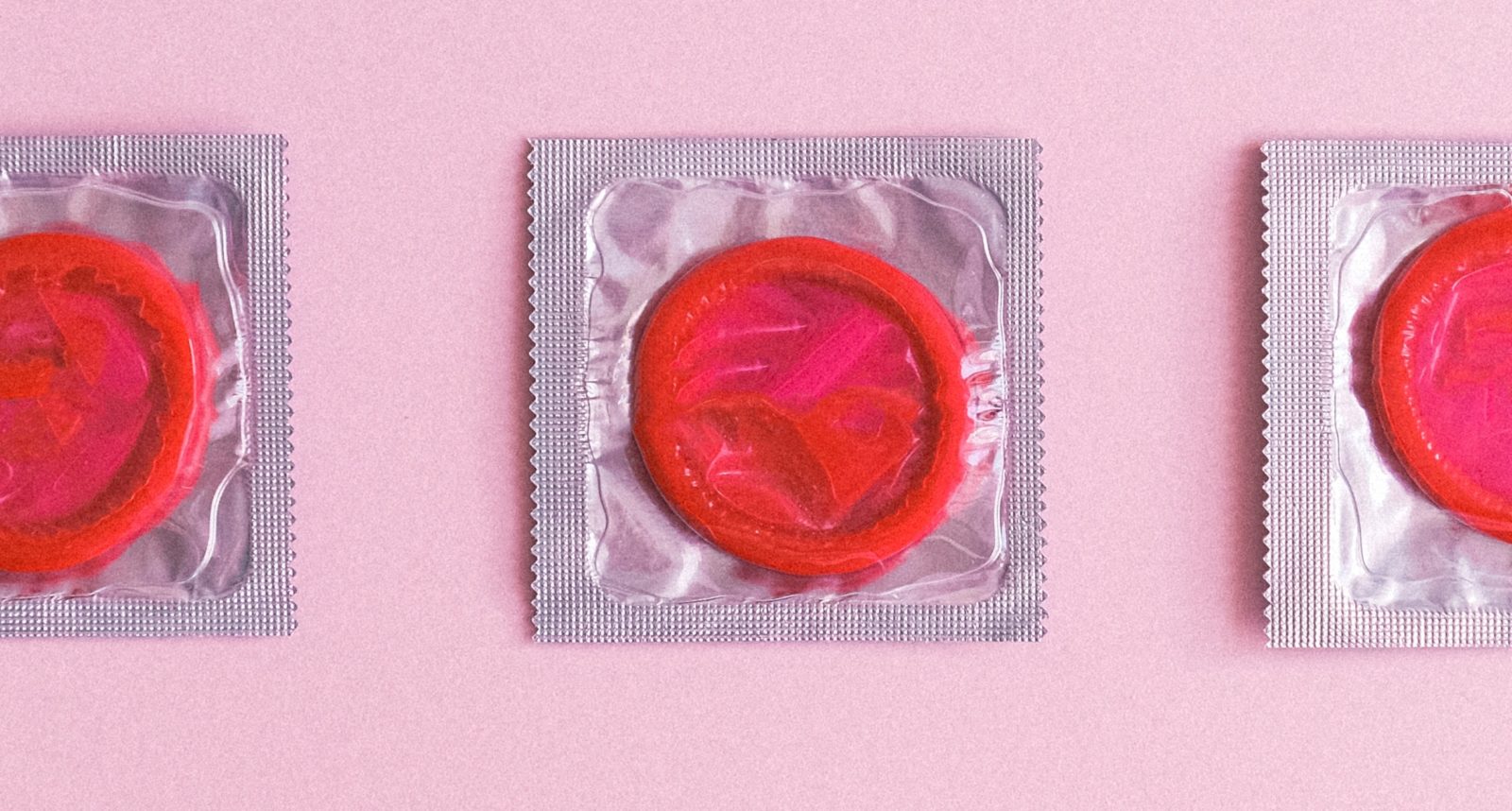 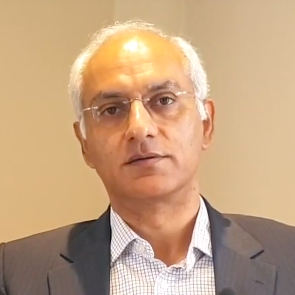 What the Lifebuoy v. Dettol Dispute Meant for a COVID-Tormented India

When one hears ‘HLL’, one is likely to recall Hindustan Lever Ltd., a venerated FMCG multinational. But this company is now called Hindustan Unilever Ltd. – HUL – and ‘HLL’ is really HLL Lifecare Ltd., a PSU that was formerly Hindustan Latex Ltd., established in 1966.

HLL has been in the news for having procured ventilators for the government during the country’s COVID-19 epidemic. More recently, the government picked it to procure COVID-19 vaccines as well.

Innocuous as this choice may seem, HLL actually has a sorry history  that should make us wonder why it was selected – especially over the Union health ministry – for such an important task.

What comes first to mind when you consider something made of rubber, is about 17 cm long, 5 cm wide and can hold 300 ml of water? For another clue: you can have one of these for free, and 2.2 billion were used in India last year alone.

In case you’re wondering why the government is giving away free water-balloons out of season – this water balloon is an essential drug. There are seven pages of specifications, quality standards, testing protocols, etc., in Schedule R of the Drugs and Cosmetics Rules 1945 to make sure nothing goes wrong with it.

Condoms have been used in India since the 1940s, with the TTK group importing it from the UK. The first manufacturing plant was established in 1963. Subsequently, a joint venture with the London Rubber Company (now Reckitt Benckiser) to manufacture the Durex and Kohinoor brands followed. In 1968, the group obtained a grant from Sweden to make condoms, and presented 80 million condoms free of cost to the government to kick off its family-planning programme.

A condom is really nothing more than a rubber balloon, and it’s no surprise that if you made a rubber balloon, most men wouldn’t use it as a condom. And if you called it ‘Nirodh’, which means ‘restriction’ or ‘detention’ in Hindi, and sold it in drab packaging, it’s definitely not something any person is going to desire, leave alone use.

But thus began the sorry saga of condoms in India – with a condom being known in Hindi and most Indian languages as ‘Nirodh’, much like all photocopiers became Xerox and all internet searches became “google”.

In keeping with the philosophy of import substitution, HLL was established in 1966 to manufacture 144 million Nirodh condoms (with Japanese technology) for the government to distribute for free or at subsidised rates. Over time, HLL added manufacturing capacity such that today it can manufacture 1.8 billion condoms every year.

“I should have thought that these contraceptives over which the present dispute (relating to the trademark Durex) arises were neither surgical nor dental nor veterinary instruments nor apparatus but I am told that by a certain stretch and strain on the word ‘medical’ they may perhaps be brought thereunder, although I am greatly puzzled how they are medical.”

Perhaps a bureaucrat who was told that a condom is really a balloon thought best to regulate them as balloons. Thus was born Schedule R in the Drugs and Cosmetics Rules 1945. The condom became a “drug” and the first “medical device” to have seven pages of detailed specifications. These rules mandated all condoms to be made of rubber and standard size and shape.

They would be subject to two quality tests – the water leakage test and the bursting volume test, to ensure that they could hold at least 300 ml of water (the volume of a can of soft drink), and not burst when inflated to 10 litres of air! On the other hand, contraceptives like intrauterine devices and medical devices like pacemakers, implants, cardiac stents and heart valves have a single-line specification – “shall conform to the Indian Standards laid down from time to time by the Bureau of Indian Standards”.

Being regulated as a “drug” under the Drugs and Cosmetics Act meant that condoms were sold in medical stores. Only recently, and thanks to the recommendation of the National Aids Control Organisation (NACO), have condoms been allowed to be sold in other retail outlets and online – although we have a long way for them to be widely accessible.

A free drug with no takers

Of the 2,292 million condoms sold in 2019, only 748 million were free or subsidised; the rest, around 1,545 million, were sold in the commercial market. This is a telling statistic about how the government’s manufacturing and distribution schemes for free and subsidised condoms have flopped: HLL only made 818 million condoms despite its capacity for a billion more. Successful private brands have, on the other hand, increased access to condoms despite government barriers.

This should pose an interesting question to economists – why would people not take the free and subsidised condoms but buy more expensive condoms? Is it because:

* One size doesn’t fit all;

* Free and subsidised condoms compete with government incentives of about Rs 5,000 for sterilisation schemes, and there is really very little incentive for healthcare workers to promote the sale and use of condoms;

* Primary health centres, state AIDS control societies promoting this as protection against HIV/AIDS has caused potential users to feel like they are patients;

* The packaging is so dull that it couldn’t possibly contain something fun? (The attempt a few years ago to rename Nirodh as ASHA was a fiasco, not least because it undermined the work of ASHA workers);

* Government restrictions on advertising allowed TV channels to air condom ads only between 10 pm and 6 am, making it difficult for private brands to increase awareness and fight prejudice against condoms; or

* The government didn’t have the money to spend on condoms (curiously, the National AIDS Control Organisation, funded by the government and foreign donors, has a budget surplus but also condom shortages)?

‘Drugs are too expensive’

Even though HLL can manufacture 1.8 billion condoms a year and only about 745 million are given away free or with subsidies, the government concluded that the main reason why Indians don’t use as many condoms as they can was the cost. Durex, for example, sells a box of three condoms for Rs 130. This might shock economists, although even common sense should tell us cost was never the issue.

But the government decided that since all essential drugs needed price control, and a condom was an essential drug, it fixed the ceiling for all condoms under the Drug Price Control Order 2013.

The Delhi High Court struck down this order but the government retaliated by freezing the price of condoms for a year, and then permitting a small inflation-adjusted increase annually. This is just another example of the need for evidence- or data-based policymaking.

While there have been shortages in India, HLL exports condoms to 115 countries, including to Ethiopia and Cuba. In 2016 and 2017, it exported 550 million condoms to Brazil at the lowest price in the world – arguably at a loss – and was subsequently sued by buyers for quality issues and delivery delays.

It’s hard to imagine a PSU making a loss – of Rs 105 crore on a revenue of Rs 1,217.5 crore in 2018 – with taxpayers’ money so people around the world could have super-cheap condoms. A fallout of this inexplicable strategy is that private Indian condom manufacturers are denied the opportunity to export to the international market by a PSU that also engages in predatory pricing.

HLL now has the largest capacity for manufacturing condoms in India. In addition to guaranteed sales to the government and a domestic distribution network financed by tax money, it also competes in the commercial market with its ‘Moods’ brand.

It’s a tribute to private enterprise that there are still domestic condom brands and manufacturers in India. HLL even had the resources to launch ‘Moods Planet’ – a one-stop exclusive retail showroom for condoms, in Kochi in 2014. Given its dominance in the Indian market for half a century, one would expect that it contributes to R&D as well. In fact, in 2013, HLL received $1 million from the Gates Foundation to develop “next generation condoms” using Graphene. Nothing seems to have come of this.

The only R&D effort it notes proudly in its 2019 annual report is “yellow colour for banana-flavoured condoms” and the launch of kulfi-, grape- and honey-flavoured condoms. Contrast this with latex-free condoms that feel like silk and are made of poly-isoprene (but only for exports) and coated condoms that could, say, impart the effects of Viagra – for just two examples of what other Indian companies achieved.

Given the magnitude of HLL’s eventual mediocrity, it’s not hard to imagine how different India could have been if… the condoms were called ‘Kamraj’ instead of ‘Nirodh’, as originally suggested. If the distribution of free and subsidised condoms was extended from post offices (where they were sold in 1969) to paanwalas, highway dhabas and truck stops, public toilets, food courts, malls and kirana stores. If HLL had manufactured and distributed free and subsidised condoms so that they were accessible in India like soap, cola and glucose biscuits are accessible.

If condoms had been regulated like other medical devices – i.e. manufacturers being left to produce them in any size, shape, colour, flavour and material, at any price, but to global quality standards. If, finally, they had been freely advertised as fun products for adults to enjoy.