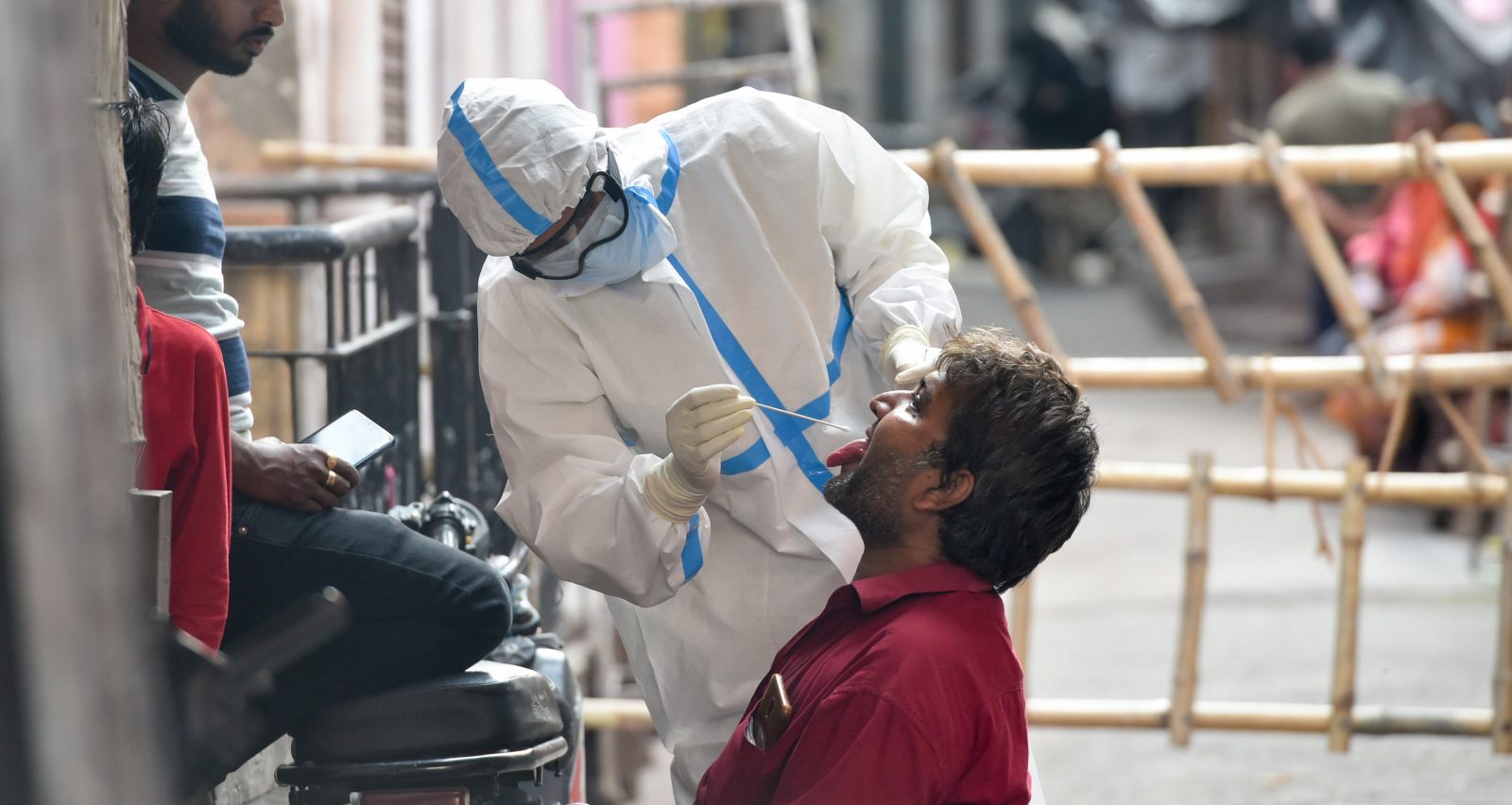 A medic collects swab sample of a man for COVID- 19 test at Narahi after a pregnant woman was found positive for coronavirus in the area, in Lucknow, Friday, May 8, 2020. Photo: PTI/ Nand Kumar.

New Delhi: After being reluctant for weeks to admit that India had reached stage three of the novel coronavirus epidemic within its borders – known better as the stage of community transmission – the Indian Council of Medical Research (ICMR) admitted on May 9 said that it would undertake a study to check for community transmission in the country’s 75 worst-affected hotspots, according to The Hindu.

The move came after the number of confirmed coronavirus cases around India crossed 60,000.

Previously, on March 28, the health ministry had conceded that there was “limited community transmission” of the novel coronavirus in India and that some patients who had tested positive for the virus did not have any history of international travel or contact with anybody infected.

On April 9, an ICMR study based on some people with severe acute respiratory infections (SARI), and published in the Indian Journal of Medical Research, suggested that community transmission of COVID-19 had already begun in many parts of India. The study found that 50 out of 104 patients who had tested positive for COVID-19 had no history of international travel or contact with anyone who had COVID-19.

The study effectively indicated the presence of community transmission in 36 districts in across 15 states, and prompted the ICMR to revise its testing strategy and incorporate the study’s recommendations.

In contrast, the US confirmed that it had reached the community transmission stage on February 26 itself, when the total number of coronavirus cases in the country was just 60.

One of the possible reasons why India has shied away from confirming community spread could be the subsequent compulsion to drastically expand testing, The Hindu wrote.

The government will now use enzyme-linked immunosorbent assays (ELISA) to check for the presence of the novel coronavirus in a person instead of rapid antibody tests. Since the ELISA test detects antibodies to the virus, the survey could detect people who were infected in the past but were asymptomatic but on the flipside could overlook those who have been recently infected. This is because ELISA checks for antibodies against the virus present in the bloodstream, and these antibodies may not be produced immediately following an infection.

In the survey, expected to begin by the third week of May, public health officials working with the respective state governments will randomly test about 30,000 people. It’s not clear when the results of the analysis could be reported.