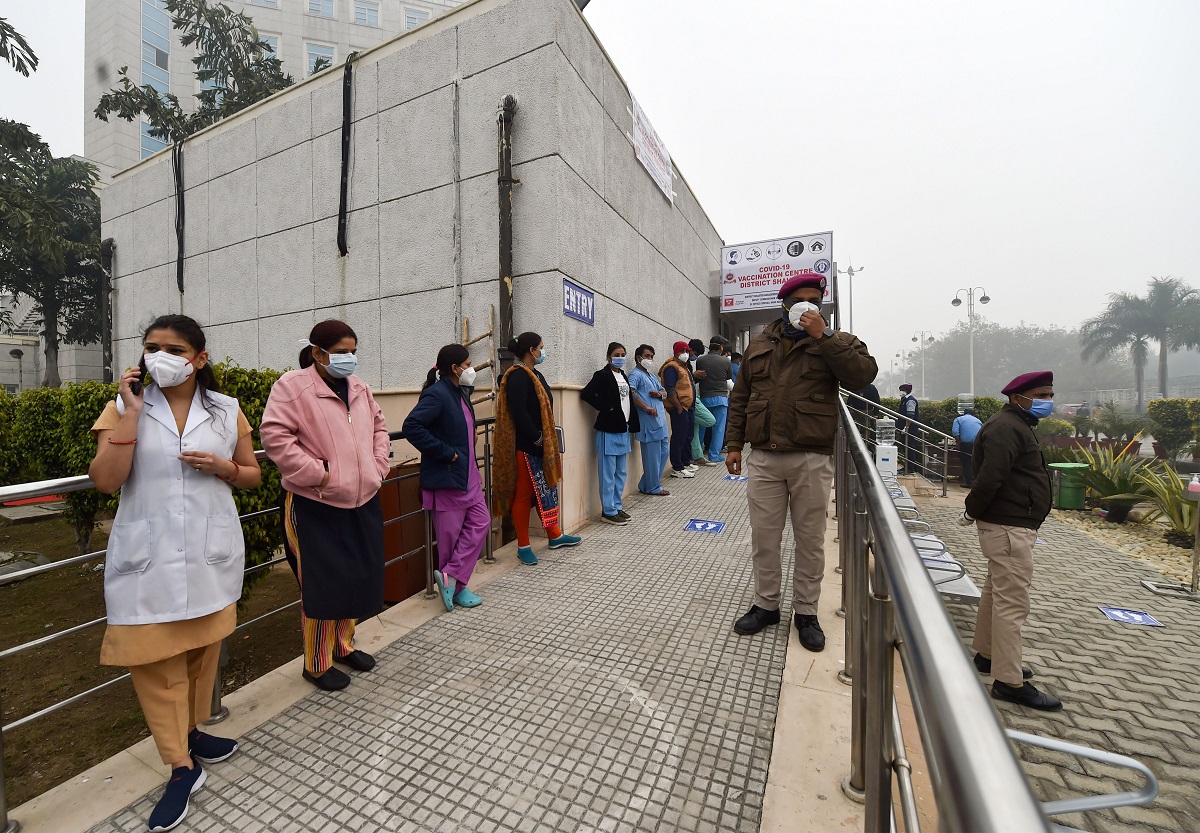 To Clean the Yamuna, the Govt Should First Forget Sewage Treatment Plants

Health workers stand in a queue outside Rajiv Gandhi Super Speciality Hospital to get the COVID-19 vaccine in New Delhi. Photo: PTI/Manvender Vashist

New Delhi: About one in four of India’s 1.35 billion people may have been infected with the coronavirus, said a source with direct knowledge of a government serological survey, suggesting the country’s real caseload was many times higher than reported.

India has confirmed 10.8 million COVID–19 infections, the most anywhere outside the United States. But the survey, whose findings are much more conservative than a private one from last week, indicates India’s actual cases may have crossed 300 million.

The state-run Indian Council of Medical Research (ICMR), which conducted the survey, said it would only share the findings at a news conference on Thursday. The source declined to be named ahead of the official announcement.

It was not immediately clear how many people participated in the latest survey.

Following another survey done in August and September using blood samples of more than 29,000 people older than ten, ICMR had concluded that one in 15 Indians had COVID–19 antibodies. The figure jumped to one in six in densely-populated urban slums.

Also read: COVID-19: What You Need to Know to Interpret the Sero-Survey Results Right

A survey released by the government this week found that more than half of its 20 million inhabitants may have been infected with the coronavirus.

Separate tests done on more than 700,000 people across India by diagnostics company Thyrocare Technologies showed 55% of the population may have already been infected, its chief told Reuters last week.

The World Health Organization (WHO) says at least 60% to 70% of a population needs to have immunity to break the chain of transmission.

Its vaccination programme, touted by the government as the world’s biggest, has covered more than four million people in 18 days, with the aim to reach 300 million by August.