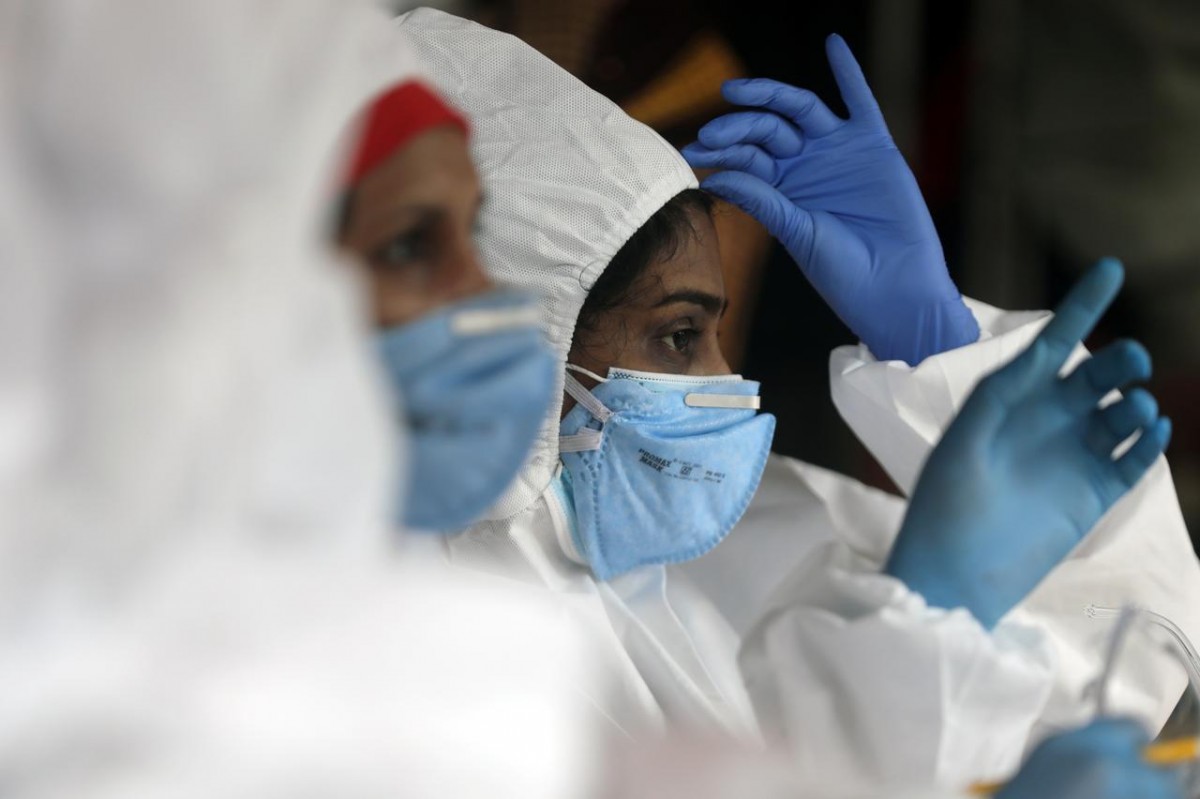 Finding Phosphine on Venus – and the Prospect of Alien Life

Featured image: A health worker adjusts her personal protective equipment (PPE) during a check up campaign for the coronavirus disease. Photo: Reuters

New Delhi: Disappointed with Union health minister Harsh Vardhan’s statement in parliament and the response of junior health minister Ashwini Kumar Choubey to a question, the Indian Medical Association (IMA) on Wednesday published a list of 382 doctors who it said died due to the viral infection.

The body slammed the Centre for saying it does not maintain data about the number healthcare staff who were affected by and died from COVID-19, saying the admission amounts to “abdication of duty and abandonment of the national heroes who have stood up for our people”.

On Monday, Vardhan claimed in parliament that the lockdown “prevented” up to 29 lakh cases and congratulated Prime Minister Narendra Modi for imposing it.

IMA said that while the 19th paragraph of the minister’s statement acknowledges the contribution of healthcare workers during this pandemic, it “conceals” the morbidity and mortality of doctors, nurses and healthcare workers.

Criticising the health minister’s “indifference”, the doctors’ body said, “No nation has lost as many doctors and healthcare workers like India. Doctors suffer four times the mortality of ordinary citizens and private practitioners suffer eight times mortality on the same scale.”

“To feign that this information doesn’t merit the attention of the nation is abominable.

Also Read: Healthcare Workers Are Dying but Nobody Is Promising Their Sacrifices Won’t Go in Vain

To a question from Rajya Sabha MP Binoy Viswam, Choubey responded, “Health is a State subject. Such data is not maintained at Central level by [the] Ministry of Health and Family Welfare. However, [a] database of those seeking relief under the ‘Pradhan Mantri Garib Kalyan Insurance Package’ is maintained at [the] national level.”

He annexed a table which said that 155 healthcare workers had died due to COVID-19, of which 64 were doctors. Refuting this number, IMA released a list of 382 doctors who it said died due to the viral infection. “We demand they be acknowledged and treated as martyrs,” the statement says.

“The IMA finds it strange that after having formulated an unfriendly partial insurance scheme for the bereaved families to struggle with the ignominy of the government disowning them altogether stares at them,” it said.

According to the IMA’s data, as many as 2,238 doctors were infected with the disease. Of them, 382 lost their lives, a senior official of the doctors’ body told news agency PTI.

“If the government doesn’t maintain the statistics of the total number of doctors and healthcare workers infected by COVID- 19 and the statistics of how many of them sacrificed their life due to the pandemic, it loses the moral authority to administer the Epidemic Act 1897 and the Disaster Management Act.”

“This also exposes the hypocrisy of calling them corona warriors on one hand and denying them and their families the status and benefits of martyrdom,” the IMA stated.

It recommended that the government seek similar data from the representatives of nurses and other healthcare workers to fully understand how many frontline workers have succumbed to the viral disease.