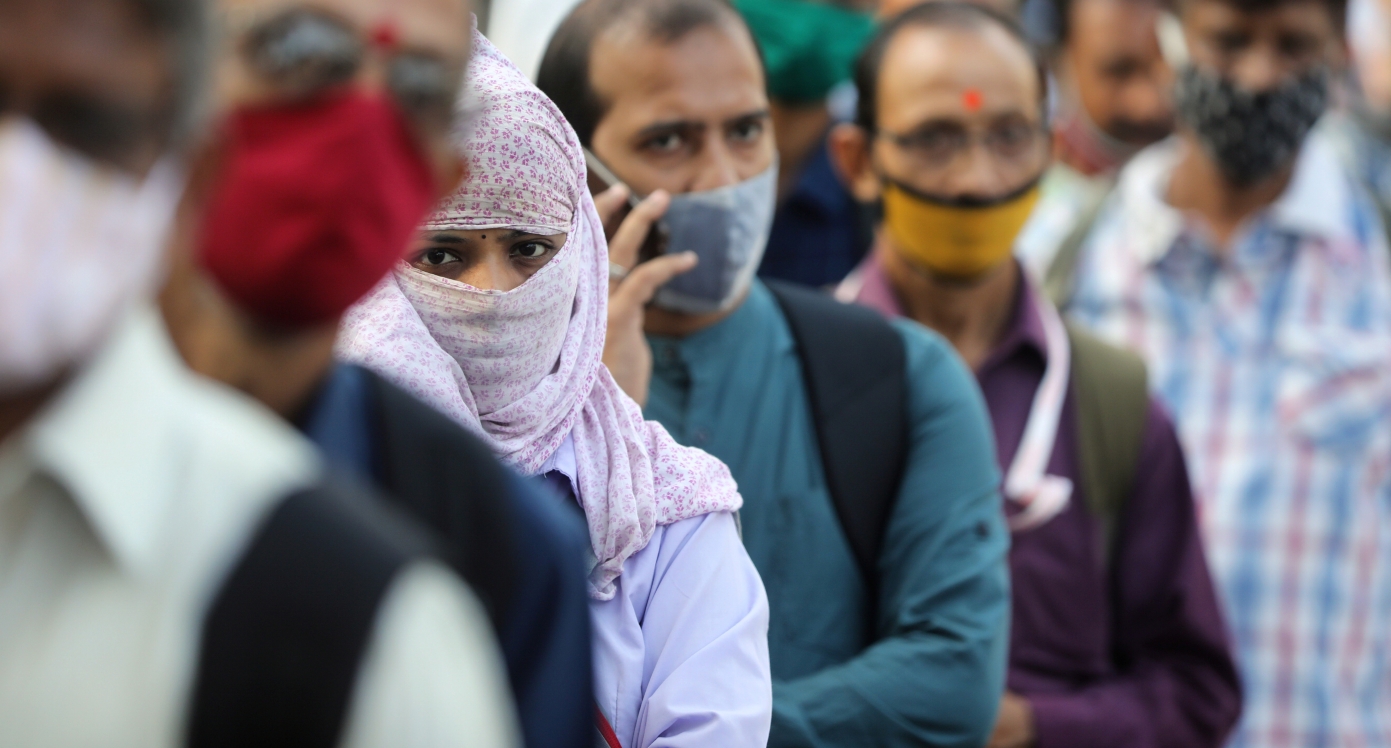 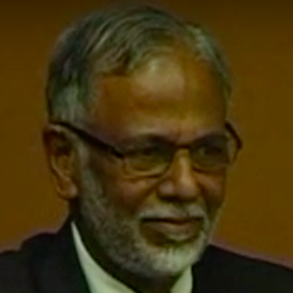 COVID-19, Climate and Conflict Conspire To Push up Poverty

People wearing protective masks wait in line to board a bus amidst the spread of COVID-19 in Mumbai, October, 6, 2020. Photo: Reuters/Francis Mascarenhas.

It is rather obvious that the term ‘herd immunity’ was borrowed by medical epidemiologists from their veterinary colleagues. The original context of recognising the phenomenon of herd immunity was outbreaks of contagious infection in herds of cattle. A herd consisted of a finite number of heads of cattle, free-roaming in the farmer’s land, without contact with other cattle. If nothing was done, many would get infected and some would die – but eventually the outbreak itself would die out, sparing others that never got infected. Animals that recovered from infection were typically immune but the uninfected ones lacked this immunity.

An infectious disease’s transmission dynamics change as the fractions of immune animals increase and naïve animals decline. At the tipping point of zero transmission, the reason for the infection dying out is explained as the result of herd immunity. New calves are not exposed to infection and grow up immunity-naïve.

Herd immunity can be tested in the laboratory. The same thing happens when a contagious infection is introduced in a colony of lab animals. When a majority are infected, the disease transmission ceases at a tipping point, and the minority that survive have no infection – and no immunity.

Herd immunity as a strategy

‘Contagious’ means direct animal-to-animal transmission, mostly via the respiratory route – and not through insect vectors or through contaminated food or water. The novel coronavirus, which causes COVID-19, is transmitted through respiration, during social contact, so it is contagious. As a result, the virus’s transmission dynamics also involve the possibility of herd immunity. The concept of herd immunity is common in many textbooks of human disease epidemiology. However, when the international COVID-19 outbreak began, theoretical experts overlooked many details.

First: herd immunity comes at a steep price. Some animals, or in COVID-19’s case, humans, die of the disease consequent to infection. It is inhuman to let some to die so that others might be protected. The infection must be prevented as best as possible through physical distancing and mask-wearing, although this does not help the development of herd immunity.

Second: a ‘herd’ refers to a group of animals that have no contact with other animals. So the condition of herd immunity required no in-migration of fresh animals during an outbreak, so that there is no external source of infection in addition to the intra-herd source.

Humans are social animals, and blocking contact between people strikes at the root of societal structure and functions. The nationwide lockdown to arrest the spread of the novel coronavirus came with the heavy price of disrupting socio-economic activities – encompassing production, consumption and profit. As we have learned the hard way, there are also limitations to preventing transmission by disrupting social transactions. Therefore, the lockdowns should have been applied in graded doses, disaggregated in geographies and timed intelligently, and collateral damage minimised.

The most important detail that was overlooked was the fact that, in the past, epidemiologists did not adapt the herd immunity concept to human disease epidemiology for epidemic control. Public health ethics does not allow the sacrifice of an unfortunate few for the benefit of survivors. The risks and benefits of any public health intervention must be equitably distributed.

When vaccines were developed and vaccination programmes designed, we could mimic nature and induce immunity by vaccination with zero risk of disease and death. But do we need to vaccinate 100% of a population? No – the coverage required can be calculated based on the transmissibility characteristics of the infection; it varies from disease to disease. Unfortunately, theoretical epidemiologists did not consult vaccinology colleagues to understand the nuances of herd immunity in disease control.

Herd immunity in the human context is defined differently by two schools of vaccinologists. The traditionalists maintain that herd immunity was the theoretical possibility of interrupting transmission when a majority was infected and became immune. There has never been a real-life situation of herd immunity interrupting contagious infection in open societies. In island populations without in-migration, outbreaks have died out until they were reintroduced later. In open societies, two major contagious diseases, polio and measles, continue to wreak havoc among children until vaccines became available. This is despite the fact that in India, no child developed polio after 5 years and measles after 10 years; beyond that age, all were immune. The reason why infections continued was the constant ‘replenishment’ of non-immune children in the form of new births.

Practical vaccinologists define herd immunity as the fraction of people immune in the community – a simple way to measure the immunity profile of a community. We might as well call it ‘community immunity’.

In order to control diseases through vaccination, high coverage is required. The extreme form of control is to achieve zero transmission, elimination in countries or eradication globally. We can achieve the tipping point of interruption of transmission if a certain level of coverage is achieved. This is called the herd immunity threshold. Knowing the transmission efficiency of a virus, measured by the basic reproduction number Ro, epidemiologists have created a mathematical formula to derive the herd immunity threshold necessary to eliminate transmission.

The error theoretical epidemiologists made was to assume that the same formula could calculate the herd immunity threshold in terms of what fraction ought to be immune (due to infection) to reach the tipping point. However, again, there is no precedent of any contagious disease having reached zero transmission with herd immunity.

To put it simply, the formula implies a herd immunity threshold of 60% if the Ro value is 2.5 – but this applies specifically to immunity induced by a vaccine, and not by the coronavirus itself. Most experts assumed that the herd immunity level of 60% would be required for the epidemic to turn endemic, with low and relatively stable numbers perpetually present. This is just like the H1N1 virus has been causing seasonal influenza outbreaks after the 2009 pandemic. If 60% spells the end of the epidemic, the peak ought to be at the halfway mark, namely at 30% of the population infected, in a bell-shaped curve.

The numbers for India

Data from the Union health ministry indicates that India’s case load peaked around the middle of September; the number of new daily cases has consistently declined from September 19 until today. However, the 30% herd immunity assumption, based on results from the Indian Council of Medical Research’s (ICMR’s) first seroprevalence survey, was probably wrong. What was the observed herd immunity? According to the second seroprevalence survey, also conducted by the ICMR, the total number of infected adults in India was about 150 million. Approximating India’s adult population to be 1,000 million, a herd immunity level of 15% coincided with the peak.

This is not good news: the rest of India’s population remains at risk of contracting the infection, and we cannot let our guard down just because we have crossed a peak. However, it would appear the speed of transmission has come down, with effective reproduction number R below 1 (by definition). And when R stands at 1, with a relatively low number of daily cases, we will know that the epidemic has entered the endemic transmission phase. This is likely to happen early next year.

Finally, what should we aim to achieve by using a COVID-19 vaccine when one becomes available? The likelihood of a vaccine becoming available to help us to cut short the epidemic is very low. But we should aim to eliminate the infection altogether, especially as 60% herd immunity will suffice. India should lead the world towards the global eradication of COVID-19. The chairperson of the executive board of the WHO is our health minister. The WHO’s chief scientist is a former director-general of the ICMR. Indian vaccine manufacturers are well-known for scaling up the supplies of good-quality vaccines. We must seize the day – carpe diem.

T. Jacob John, FNA, is a former president of the Indian Academy of Paediatrics.