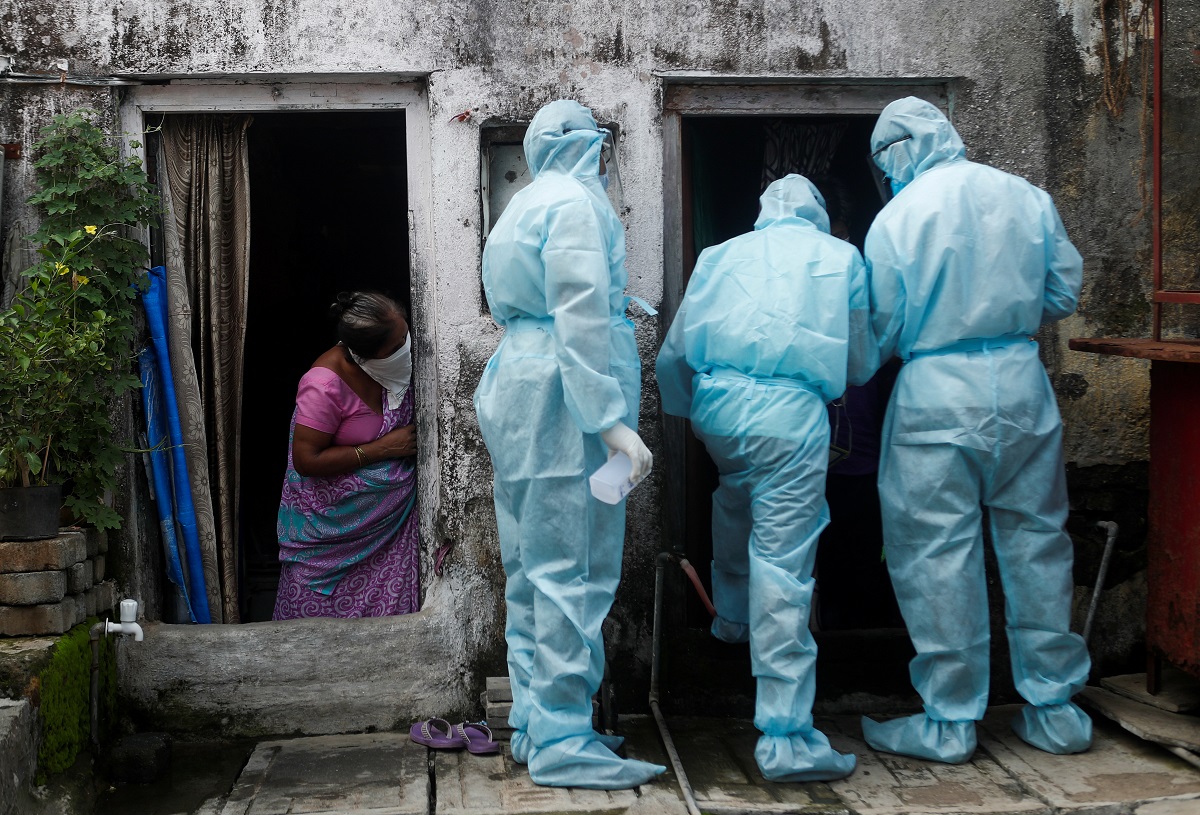 ‘Failed to Reduce Mortality’: WHO to Discontinue Hydroxychloroquine Trials

An online survey conducted by a team of independent public health researchers revealed an inadequate supply of personal protective equipment (PPE) for healthcare workers in India.

The researchers, Savithri Devi, Shrinidhi Datar and Subha Sri B, conducted the survey between May 6 and 18, 2020, with help from Antony Kollannur, Rakhal Gaitonde and Prabir Chatterjee. The respondents, 392 in all, included workers at various levels of healthcare: doctors, residents and interns, nurses, community health workers and ancillary staff.

The report made recommendations to further investigate the availability of PPE, ensure its availability, and train healthcare workers in the use, reuse and disposal of PPE.

PPE is any garment or protective gear that protects healthcare workers from getting infected. A full complement includes gloves, masks, goggles, coverall or gown, shoe covers, head cover and face shield. India’s Ministry of Health and Family Welfare recommends appropriate PPE based on the risk of infection associated with a work area.

While the guidelines recommend a full complement of PPE to healthcare workers in intensive care units (ICUs), emergency rooms, operation theatres and labour rooms, they indicate just N95 masks and gloves for those working in outpatient departments and non-COVID-19 wards, and triple-layered masks and gloves for community health workers in the field.

Following instances of doctors getting infected with COVID-19 due to a lack of adequate PPE, and a plea by Nagpur-based doctor Jerryl Banait, the Supreme Court directed the government to ensure an adequate supply of PPE to healthcare workers on April 8. But the situation seemed to have persisted.

“When we were volunteering for COVID-19 response by spreading awareness about the disease, we heard from many of our friends working in public and private sectors that there was a lack of PPE on the ground,” Datar, one of the researchers who prepared the report, told The Wire Science. So then they initiated their online survey. The questionnaire was made available as a Google form in English and Hindi; the researchers also recorded some responses over the telephone, in Malayalam, Tamil and Marathi.

The 392 respondents were from 150 districts in 26 states and UTs. However, 51.5% of them were from Maharashtra, Tamil Nadu and Madhya Pradesh alone. Also, 54% were working in red zone districts at the time of the survey, and 46.7% were working in government-designated COVID-19 centres. Their roles were: doctors, 155; postgraduate residents and interns, 103; ancillary staff, 73; nurses, 34; and community health workers, 27. Their and work areas spanned outpatient departments, inpatient wards, labour rooms, operation theatres and ICUs.

A fifth of those who worked in operation theatres said they didn’t have any face shields at all. Only four of the eight respondents working in ICUs had regular and adequate access to N95 masks, goggles and face shields, and only five had a regular supply of gowns/coveralls. This said, the authors concede that these single-digit sample sizes are quite insufficient to generalise the respondents’ situation to the nation.

A third of respondents reused their PPE. Some of them disinfected masks before reuse, some reused it after Sun-drying it and others did so without any such measures.

The WHO allows the extended use or reuse of PPE as a last resort that may be adopted only when there is a serious shortage or non-availability of PPE. And even in such scenarios, the organisation recommends reuse only after a thorough decontamination.

A little over 35% of respondents expressed fears over the quality and safety of PPE they had received, and nearly another quarter – 23.7% – had low or very low confidence in the PPE’s protective capacity, and in addition were concerned for the safety of their families.

Altogether, the report painted a dismal picture of PPE availability in the country, including in red zones and designated COVID-19 treatment centres.

In addition, the survey also discovered a lack of proper training on the use of PPE and a perceived discrimination in the supply. Most respondents, nearly 90%, didn’t know which PPE they were required to wear in their particular setting; more than 50% hadn’t received any training on proper use protocols; and 20% had learnt to use PPE through videos on YouTube and WhatsApp or with help from their colleagues.

On April 5, health ministry joint secretary Lav Agarwal had said at a press briefing that the shortage of PPE was easing. But answers by the survey’s respondents indicate that the situation hadn’t eased even a month later – from low to high risk settings and across worker categories.

“Although the sample size is small, I think the data is true,” Karthika, who works with an NGO in Chennai, told The Wire Science. “We have been involved with COVID-19-related interventions for the past three months, one of which is to provide PPE kits, sanitisers and other sanitary items to primary health centres and hospitals, and the situation on the ground is mostly the same or worse.”

According to her, community health workers sent out for contact tracing and anganwadi and municipal workers were also part of the government’s epidemic response team but had “no proper protection”. And while the government notices inadequate supply to hospitals, it doesn’t have the same attitude towards primary health centres’ woes.

And many of those who do have PPE components don’t know when or how to use them best. “As mentioned in the report, doctors or colleagues trained their teams informally. The workers mostly spend their personal money to keep themselves safe,” Karthika said.

Even in red zone districts and government designated centres, only half or so of all healthcare workers had been trained to use PPE. And even among them, fewer than 10% knew the proper PPE recommendations for their setting.

Around 37% of all respondents also perceived discrimination based on hierarchy (e.g., senior doctors v. junior doctors, nurses v. interns, etc.) or department in the distribution of PPE.

All these figures are noteworthy. Even if the survey’s sample size is small relative to the country’s population, preventing the results from being directly generalised, they still indicate an inadequate government response.

Prakash Doraiswamy, a senior consultant in anaesthesia and critical care at Aster CMI Hospital, Bengaluru, echoed these concerns. “While the anticipated scale of the pandemic necessitated the lockdowns, it also gave the authorities the time to organise and ensure universal availability of PPE. Although most states have tried to do their best, the cost and logistics have caused issues,” he told The Wire Science.

“My humble belief is that there was a lot of information available online about the use of PPE and the health ministry had advertised training sessions. But the solution to the problems that persist would be to concentrate the care of COVID-19 patients into large centres,” he added.