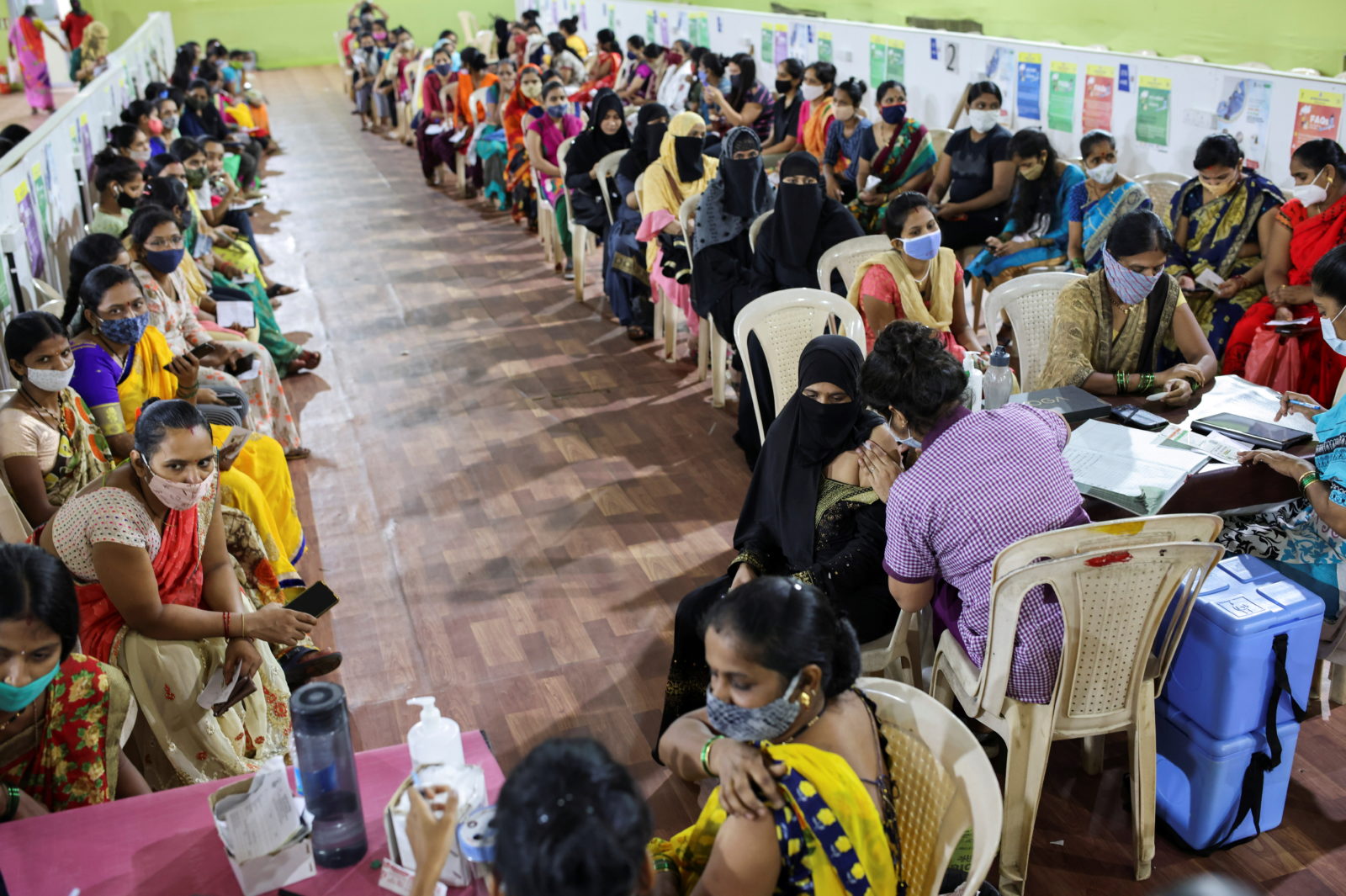 A woman receives a dose of Covishield during a vaccination drive for women at a medical centre in Mumbai, September 27, 2021. Photo: Reuters/Francis Mascarenhas

New Delhi: India’s vaccination campaign has slowed despite amassing record stockpiles of vaccine, health ministry data showed on Monday, as authorities maintain a wider-than-usual gap between doses in a strategy that has boosted coverage.

Domestic production of the AstraZeneca vaccine, known as Covishield, which accounts for nearly 90% of administered doses, has more than tripled, when a supply shortage prompted India to double the period between doses to between 12 and 16 weeks.

That gap, exceeding the eight to 12 weeks recommended by the World Health Organization, has allowed India to give at least one vaccine dose to 74% of its 944 million adults, with just 30% getting the full complement of two.

Covishield accounts for 861 million doses of India’s total injected figure of 977.6 million, while its other main vaccine, Covaxin has a dose interval of four to six weeks.

Over the last few days, daily stocks of all COVID-19 vaccines have exceeded 100 million doses, the health ministry figures show, for states and federally controlled territories taken together.

In contrast, daily vaccinations have dropped to an average of 5 million doses this month and even less in the past week, off a daily peak of 25 million last month.

The ministry said it followed recommendations from a group of experts in making any changes to dosage, arrived at by weighing up “scientific and empirical” evidence.

However, vaccine supply alone should not determine the gap, said Chandrakant Lahariya, a physician and epidemiologist in the capital, New Delhi.

“There is no scientific rationale for reducing the gap,” he added. “In fact, retaining this gap has the possibility of giving stronger protection and longer-lasting immunity.”

Government officials have said they are trying to encourage more of those who are still unvaccinated to get inoculated.

A 12-week gap was more logical and scientific for vaccination drives such as those in India, where some studies have shown many people already had antibodies against COVID-19, Lahariya said.

In July, the studies estimated that more than two-thirds of Indians already had COVID-fighting antibodies, mainly through natural infection.