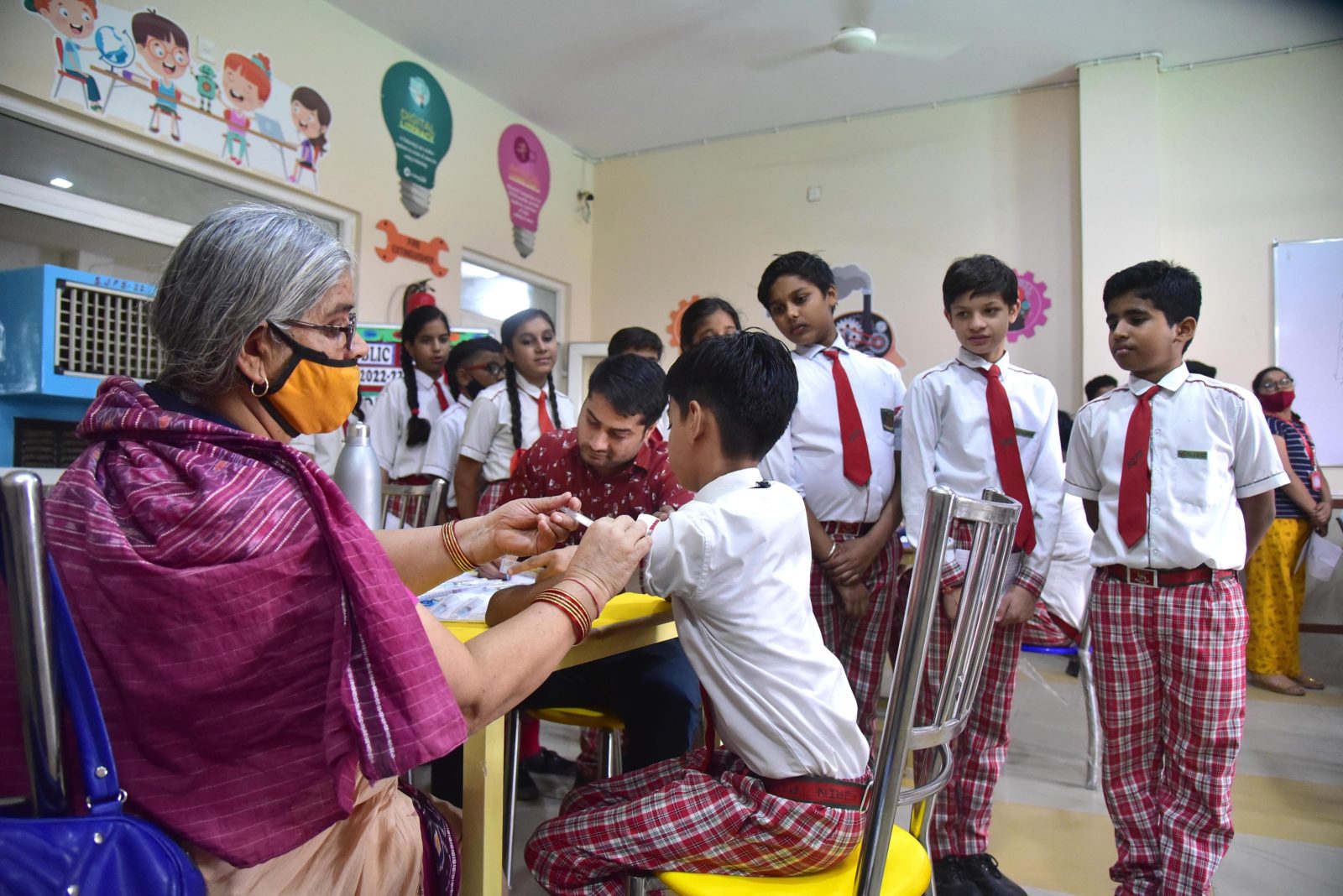 Third Fire in Ghazipur Landfill in As Many Weeks

A healthcare worker administers a dose of a COVID-19 vaccine to a school student at a school in Bikaner, April 19, 2022. Photo: PTI

New Delhi: India’s basic reproductive ratio (R) for the spread of the novel coronavirus – which indicates how quickly the infection is spreading – has increased to more than 1 for the first time since January 2022, a researcher from Chennai’s Institute of Mathematical Sciences has estimated.

The country’s R value, steadily increasing over the last few weeks, was 1.07 for the week between April 12 and 18, according to Sitabhra Sinha. In the preceding the week of April 5-11, it was 0.93.

“This increase in R-value is not just because of Delhi but also Haryana and Uttar Pradesh,” the mathematician, who has been tracking R for India since the beginning of the pandemic, told PTI.

The R value this year was highest during January 1-10, reaching 2.98 as the omicron variant of the novel coronavirus spurred India’s third wave.

Almost all major cities – Mumbai, Bengaluru and Chennai – have R values greater than 1. In fact, Delhi and Uttar Pradesh have an R value above 2. The data for Kolkata was not available, Sinha said.

Among the major states, Kerala and Maharashtra have R values of less than 1 – 0.72 and 0.88 respectively.

“Karnataka also has R over 1 currently, possibly because of the rising cases in Bengaluru,” Sinha explained.

With 2,067 new coronavirus infections being reported in a day, India’s total tally of COVID-19 cases rose to 4,30,47,594 (4.3 crore) while active cases increased to 12,340, according to the Union Health Ministry data updated on Wednesday.

On Tuesday, Delhi recorded a nearly 26% jump in new COVID-19 cases but the test positivity rate dropped to 4.42%, according to data shared by the city health department on Tuesday.