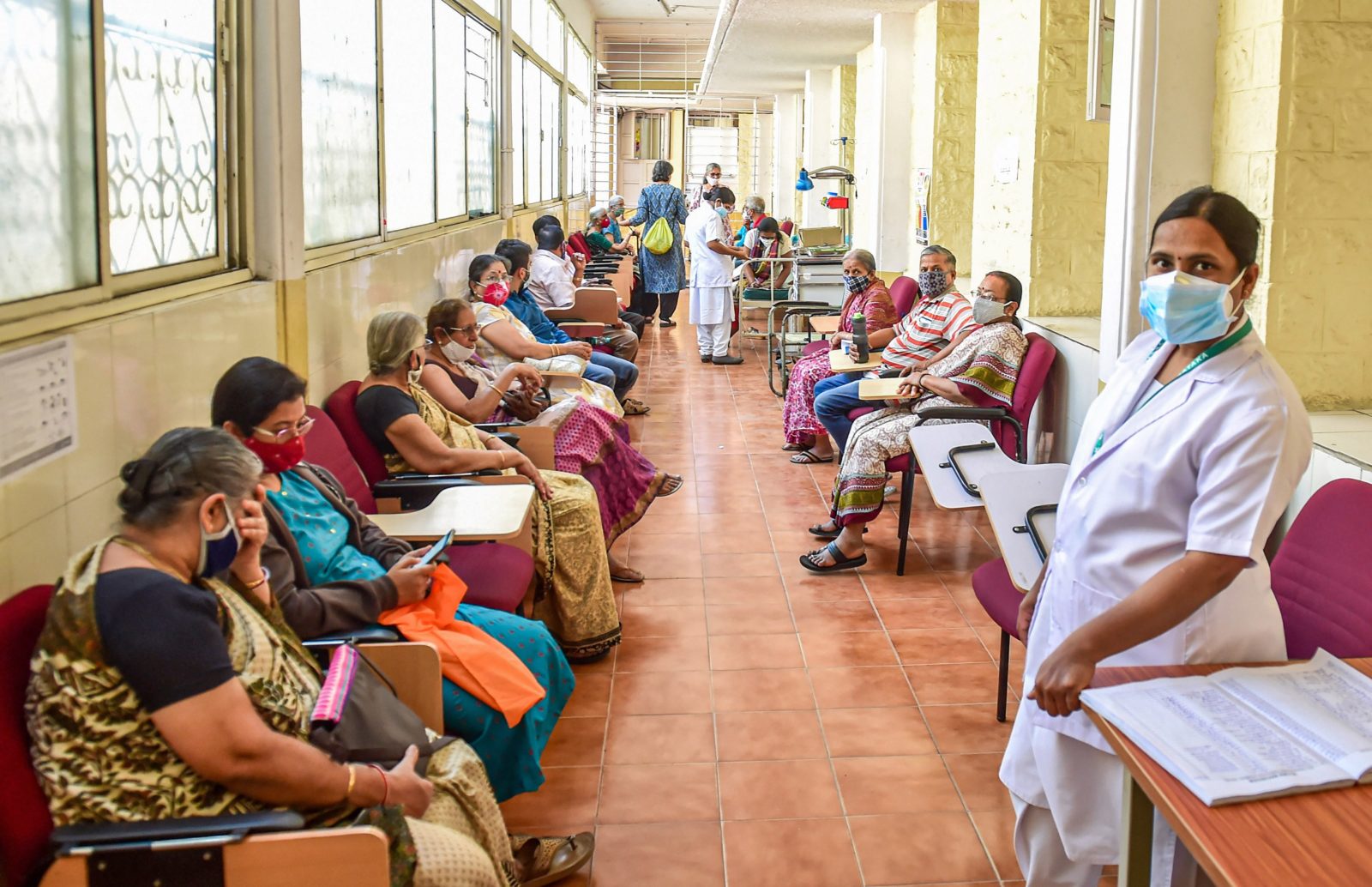 Senior citizens sit in an observation room after receiving the first dose of COVID-19 vaccine during the second phase of inoculation drive in Bengaluru. Photo: PTI/Shailendra Bhojak

Administrators in India reportedly prefer a shorter gap between two doses of the Covishield vaccine candidate even though the results of a new analysis indicate that a longer gap may yield better clinical results.

The analysis, published in The Lancet on February 19, 2021, has found Covishield’s efficacy is 55.1% when its two doses are administered less than six weeks apart but 81.3% when administered 12 weeks apart.

The analysis concludes that increasing the interdose gap also increases the vaccine’s  immunogenicity.

M.K. Sudarshan, chairman of Karnataka’s COVID-19 technical advisory committee told The New Indian Express, “For such a huge population, it will be difficult to vaccinate people after a three-month (12-week) gap from the first dose. People may not turn up due to many reasons.”

“We decided on a four-week gap between two doses after debating on similar studies done earlier,” he added.

In February, the National Technical Advisory Group on immunisation had met to review WHO’s recommendation – to extend the gap between two doses of the vaccine from four weeks to 8-12 weeks.

Giridhara Babu, a senior epidemiologist and member of the Karnataka state expert committee, told Business Today, “Given that India has accepted the UK’s evidence in approving the Covishield vaccine, the committee should also [reconsider] the interval between doses.”

In an effort to not stress the supply of vaccines, the UK government has been administering the two doses of the Oxford-AstraZeneca vaccine three months apart – even before the current study came out.

Munir Pirmohamed, chair of a British advisory group on COVID-19 vaccines, had raised doubts about the data AstraZeneca had submitted about its most effective dosage. The company had published data that showed a half-dose followed by a full dose had a 90% success rate while two full shots were only 62% effective. To that, Pirmohamed had said that a 90% efficacy rate did not hold up under analysis. He suggested that a longer gap might be the reason behind the higher efficacy.

Anyway, Dr Lancelot Pinto, a consultant pulmonologist at the P.D. Hinduja Hospital, Mumbai, told India Today on February 11 that increasing the interdose gap could allow the government to distribute a greater quantity of the first dose. “It would be better than waiting for everyone to receive two doses before rolling out the next phase,” he said.

However, Sanjay Mishra, a staff scientist at the Vanderbilt University Medical Center, Tennessee, has said that delaying the second dose could run the risk of vaccine-makers not being able to replenish the supply of the second doses in time.

The AstraZeneca, Moderna and Pfizer vaccine candidates all require two doses – the first to induce an immune response and the second to boost it. Bharat Biotech’s Covaxin vaccine candidate is currently undergoing phase 3 trials at various sites around India. “Since there is no data” about the gap between doses “available for Covaxin yet, the duration of its doses should remain unchanged,” Giridhar Babu added.

Note: This article’s headline was changed at 8:10 pm on March 10, 2021, to note that the vaccine in question is Covishield, not Covaxin.