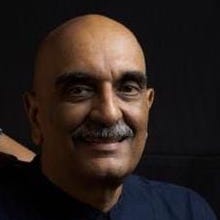 Many years ago, a group of nervous industrial workers in Hyderabad approached me to learn about ‘family’ health education. As their family’s medical practitioner, I agreed and launched into the physiology and anatomy of reproduction – not realising the workers actually wanted a discussion on sex. Not having had this type of teaching in my own medical training, I was unsure about how I would have structure and teach this class. It became a lost opportunity.

Years later, I was attending a class overseas on the same subject, and the teacher began with discussions on flavoured condoms, sex toys, alternative sexual lifestyles, etc. Many of the public health and medical students were laughing and transfixed at the teacher’s bold and creative approach. The content provoked much discussion because the students were hungry for this sort of knowledge and had had limited exposure to it, even in their technologically advanced country.

These two incidents brought home to me that regardless of place, culture and class, information on sexual health is desired and vital to physical and mental health. Occasionally, things can and do go wrong, resulting in stigma, early and/or unwanted pregnancies, abuse, rape, sexually transmitted diseases, sexual dysfunction and other sexual disorders with potentially significant social and legal ramifications. On the other hand, free access to information about sexual health can help build awareness, reduce myths and allow people to make informed choices.

For most people, their first knowledge of sex comes from a friend, books, pornographic films or some other sources, accessed today through the internet and TV shows. Sometimes they can be titillating or thrilling, for they could have been obtained through clandestine means due to the stigma and taboo associated with these topics. But such information is not necessarily scientifically correct. Even educated parents in India typically avoid their children’s questions out of embarrassment, their own lack of knowledge or inability to relate such information.

The WHO defines sexual health thus:

“… a state of physical, emotional, mental and social well-being in relation to sexuality; it is not merely the absence of disease, dysfunction or infirmity. Sexual health requires a positive and respectful approach to sexuality and sexual relationships, as well as the possibility of having pleasurable and safe sexual experiences, free of coercion, discrimination, and violence. For sexual health to be attained and maintained, the sexual rights of all persons must be respected, protected, and fulfilled.”

What is the appropriate age at which to begin sexual health education? Obviously, it is when adolescents begin to show an interest in the subject and raise the questions themselves. The surge in sex hormones around puberty results in changes in their bodies that, in many cases, is disconcerting to the individual. Home is often the best place to begin these discussions, but schools, colleges, health professionals and trusted media are good alternatives as well.

Having a person trained in sex education can always be helpful to answer the many questions that will arise. Unfortunately, formal training in this area is lacking. My own medical textbooks had no information in this area, and we were left to fend for ourselves from various subjects like gynaecology, forensic medicine and prevention.

In 2006, the government of India launched adolescent reproductive sexual health (ARSH) clinics to address sexual and reproductive issues. These clinics are currently nonfunctional at most primary and community health centres of India thanks to a lack of trained professionals.

The 2018 National Medical Commission medical curriculum brought about many changes in the content and method of training. But again, the area of ‘sexual health education’ was restricted to subjects like psychosexual disorders and reproductive health. This is certainly not an ideal situation: we first need knowledge of normal sexual health in all its forms before we can understand abnormalities and disorders.

The curriculum does have some scope where a sexual health module can be incorporated within the regular framework or as an elective. Students will certainly be interested – but interested teachers will have to come forward. If this is successful, we can develop a postgraduate program to produce sexologists and sex therapists. Dr Ankit Chandra, who has authored a guide to good sexual health, has called for a change in India’s medical education and regulations in this regard.

He has written in particular about the adolescence education programme that India launched between 2003 and 2005. It was developed through a collaboration of the Ministry of Human Resource Development (now the Ministry of Education) and the National AIDS Control Organisation and was implemented in schools along with life-skills training by the Central Board of Secondary Education and Kendriya Vidyalaya Sangathan. However, conflicts and opposition from gatekeepers resulted in only traces of the programme surviving in the current curriculum.

In India, judging by the number of website visits and sales, there appears to be a large demand for sexual health-related products – but there are no guidelines for their sale or to evaluate their safety. In fact, their sale is prohibited by law if they are considered obscene and can ‘corrupt’ a person.  The government should formulate the relevant regulations posthaste keeping the country’s sexual health firmly in mind.

Life will continue to reproduce itself and humans are a part of this process. Sexual health learning is a lifelong journey, whether or not one is sexually active. Training professionals in the areas of health, social work, law and other related areas will go a long way in helping people achieve the goal of sexual fulfillment in a healthy and safe manner.

V. Ramana Dhara is a physician who explores links between health and the environment. He is a former member of the International Medical Commission on Bhopal. He tweets at @RamanaDhara.