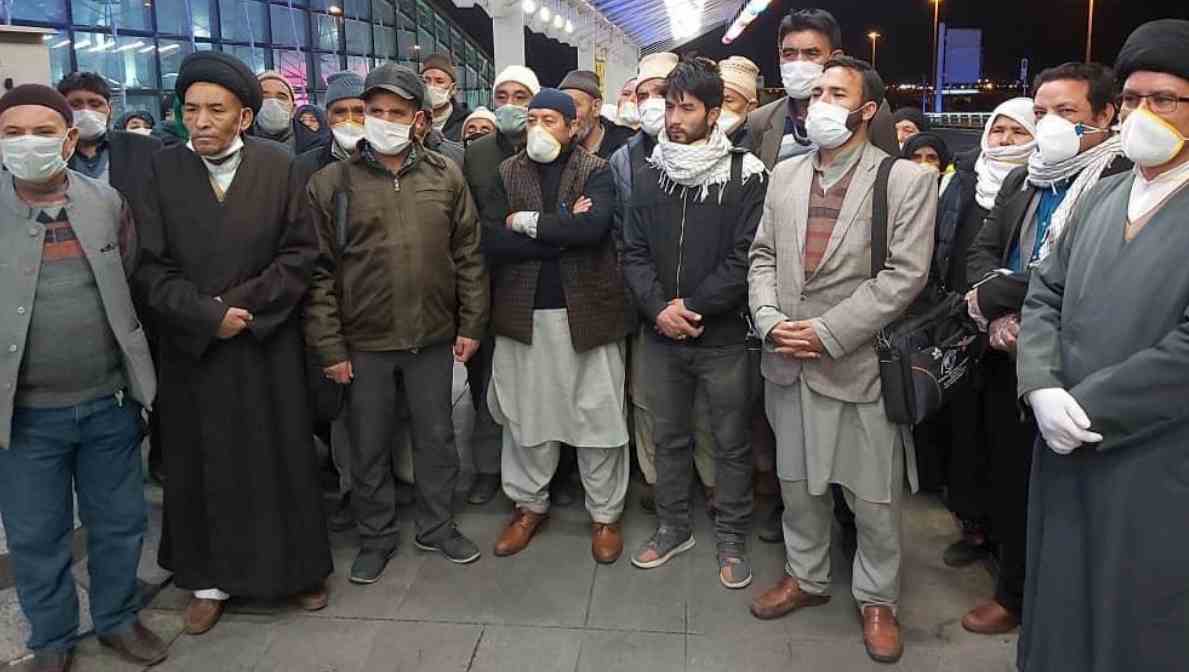 India Bans Entry of Foreigners for a Month, WHO Declares Coronavirus a ‘Pandemic’

New Delhi: India will work with Tehran to resume limited commercial flights to facilitate the phased return of nearly 6,000 Indian nationals in the country, which has been hit severely with coronavirus, external affairs minister S. Jaishankar said on Wednesday.

In a statement made to Rajya Sabha, Jaishankar said that out of the 6,000 Indian nationals in Iran, around 1,100 were pilgrims from Ladakh, Kashmir and Maharashtra. There were also nearly 1,000 fishermen, mainly from Kerala, Tamil Nadu and Gujarat, and another 300 students largely from Kashmir.

When the coronavirus outbreak began gathering momentum, India had suspended all flights with Iran from February 27. Around 2,000 Iranians were also stranded in India.

First batch of 58 Indian pilgrims being brought back from #Iran. IAF C-17 taken off from Tehran and expected to land soon in Hindon. pic.twitter.com/IqZ8NUK1M6

After China, South Korea and Italy, Iran has been among the countries with the most reported cases of the coronavirus. As per the latest World Health Organization data for March 10, Iran has reported 7,161 cases and 237 deaths.

On Tuesday morning, 58 Indian pilgrims were brought back in a special Indian Air Force flight. These pilgrims were repatriated after their samples tested negative in the first batch of 108 samples received on March 7. Besides the pilgrims, the flight also carried an additional 529 samples that will be tested at the National Institute of Virology, Pune.

Jaishankar told MPs that due to the large number of Indians, the government was sequencing their return “taking into account their location and exposure”.

“The initial focus is on visiting pilgrims. Many of them are in Qom, where coronavirus incidence has been strong. The nature of their residency also increases the risks of exposure. Age is also a factor that was taken into account,” he said.

After pilgrims, the next focus will be students. “Many of them are studying medicine and are fully aware of the precautions to be taken in this difficult situation. The Embassy is in regular contact with them as a group”.

Jaishankar had travelled to Srinagar this week, where he met with the parents of the students. “Their anxiety at this time is completely understandable. I shared with them in detail the ground situation and sought their understanding. I assured them that Government would facilitate the earliest possible return of their children”.

As The Wire had reported that even after Jaishankar’s visit parents were worried that they did not get a “concrete assurance” from the minister about when their children will be brought back.

Referring to the Indian fishermen, Jaishankar noted, “Our understanding is that the region where most fishermen are located has not been affected so severely. These factors will guide our approach in the coming days”.

There had been a lot of pressure from Kerala, including the state chief minister Pinarayi Vijayan, on the wellbeing of the Indian fishermen.

“Our consulate in Bandar Abbas are in touch with the Indian fishermen, who are in southern provinces of Iran, including in cities of Asaalouyeh, Chiruyeh and Kish. Some of them have been visited and others would be soon. Provision of essential supplies to them is being ensured. As per available information, they are all in good health”.

While the first batch of pilgrims from Iran came back on an Indian Air Force plane, India may have to temporarily restart commercial flights to bring back the rest. “We are working with the Iranian authorities to operate some limited commercial flights for facilitating early return of the remaining Indians after testing them,” said Jaishankar.

An Indian businessman, Vedant Kadam who has been stuck in Tehran is not satisfied with the assurances. “We just want government to speed up the evacuation process…Start commercial flights, at least for stranded Indians from Iran to India so maximum people can come back,” he told The Wire.

Kadam has been regularly making rounds of the Indian embassy in Tehran, but hasn’t got any assurance that they will be repatriated soon. With his visa running out next week, his problems may get amplified. “Nowadays, hotels also have fewer guests. Our hotel management informed us that they may close the hotel from next week,” he said.

Till now, India has operated four special flights to bring back Indian nationals stuck in China’s Hubei province and Japan due to the lockdown over coronavirus.

He added that the embassy staff and the medical team were working under different constraints, “given that there are restrictions that have been instituted for public health reasons in Iran”.

“It is not easy to organise transport, accommodation and other logistics. The Iranian system is naturally stretched, and we appreciate their cooperation in these circumstances,” said the minister.

He said that after Iran, Italy has also emerged as a cause of “great concern” for the Indian government. Italy has reported 9,172 cases and 463 deaths, till now.

“I would like to share with the honourable members that steps in this regard have already been initiated. The challenge is growing by the day in Europe and we will respond accordingly”.

India has made it mandatory for any passengers travelling from South Korea and Italy to show a certificate showing that they have been tested negative for COVID-19.

This has led to Indians in Italy reaching out to the embassy that it was impossible to procure such a certificate with the country under lockdown.

@cgmilan1 @IndiainItaly Please advise as to where in Italy can one obtain such certificate? It’s practically impossible. The health sector is already working beyond its capacity and no private doctor is ready to furnish any such certificate. https://t.co/L0cXUR74rM

There were reports that Indians are not being allowed to board international flights if they did not procure the certificate.

Kerala chief minister Pinarayi Vijayan has called on the government to withdraw this provision.

“We are receiving information that many Indians are stranded in airports in Italy as they are not able to board flights to cities in India without this certificate. The certificates have been made mandatory irrespective of whether these travellers have symptoms or not. It has been brought to notice that foreign authorities are not ready to test people without symptoms as they are already overloaded with patients,” Vijayan wrote in his letter to Modi.

However, an Air India flight from Milan reached Delhi carrying around 80 passengers, who were taken into isolation bay at the airport for screening.