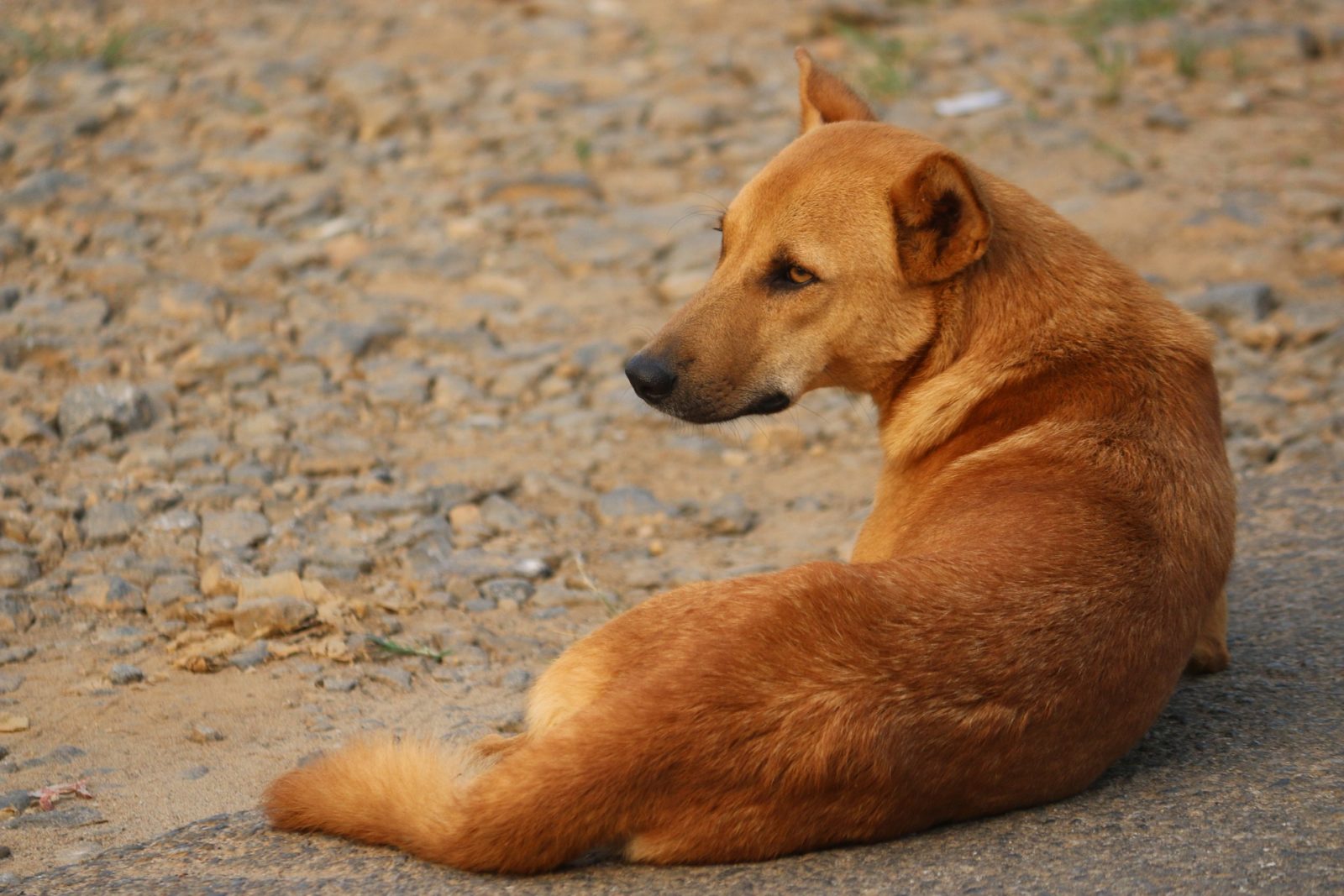 Kochi: On September 9, the Supreme Court heard several petitions regarding dog-bite cases and rabies deaths in Kerala and urged the government to resolve the problem at the earliest. The matter is to be heard again on September 28.

Three days later, CCTV visuals of a stray dog attacking a 12-year-old as he stood on his cycle shocked a Kerala already seething over its dog menace. Nooras, a resident of Arakkinar in Kozhikode district, suffered multiple bites.

Nooras is among the many children who have been bitten by stray dogs in Kerala. On August 14, a dog attacked 12-year-old Abhirami S., near her house. She subsequently succumbed to her injuries even though she received three rabies vaccine doses by September 5 – two days before the state festival of Onam and well before she was to receive her fourth dose.

People in Kerala are afraid and angry. The state has been experiencing a spike in dog attacks and dog-bite cases. On September 7, the eve of Onam, stray dogs bit 26 people in the state. The number of rabies cases is also on the rise: the disease killed 20 people in the state in 2022 alone, versus five in 2021 and 11 in 2020.

On September 12, M.B. Rajesh, the state minister for local self-government, said Kerala would implement several measures quickly, including undertaking a statewide anti-rabies vaccination drive for dogs and taking them off the streets by building more shelters. He also said other long-term measures are in the works.

According to the latest livestock census, India had 1.53 crore stray dogs in 2019 – a decrease of some 18 lakh from the 2012 census. But that number may well be an underestimate. In 2021, the ‘State of Pet Homelessness Index’ report – which estimates the number of homeless cats and dogs in nine countries – revealed that India could be home to around 6.2 crore stray dogs.

In the first eight months of 2022 alone, dog-bite cases have neared 2 lakh, PTI reported – which was already 90% of the previous year’s tally. Animal welfare advocate Sally Varma called it a big concern but not entirely a new one for Kerala. She recalled that the stray dog issue had peaked around five years years ago as well, stoking a lot of talk about “sustainable solutions”.

These, according to her, included implementing animal birth control (ABC). In Kerala, Kudumbashree has been the implementing agency for sterilisation programmes in many parts of the state. (Kudumbashree is mainly the women’s empowerment and poverty eradication programme.) However, it has had difficulties with handling dogs and releasing them into areas different from where they were taken, among others.

Experts at the time also broached waste disposal – crucial because free-ranging dogs forage in trash for food and so congregate around garbage dumps.

“But none of those measures were put in place,” Varma said. “Authorities respond only when human lives are lost.”

“There’s no overnight solution as this is a problem that has been brewing for around 20 years now,” Abi Tamim Vanak, a fellow at the Centre for Biodiversity and Conservation, ATREE, Bengaluru, told The Wire Science.

After a high-level state meeting on September 12, M.B. Rajesh, minister of the local self-government department, told journalists that the state would undertake a statewide anti-rabies vaccination drive for dogs for a month from September 20, approve the emergency purchase of anti-rabies vaccines via the veterinary department, and build more shelters to take dogs off the streets.

Rajesh also said that the government would undertake ABC posthaste in more administrative blocks. The state health and animal husbandry departments have identified rabies ‘hotspots’, based on dog bites suffered by people and animals (livestock has also been dying from rabies after being bitten by infected dogs). These hotspots are to be prioritised for targeted action, Rajesh said. He listed several other immediate measures as well.

Varma said the state’s longer-term solutions should include improving garbage disposal, setting up effective monitoring committees according to the 2001 ABC Rules (dogs), and, importantly, acknowledge the fact that many dogs are strays abandoned by their owners.

“So ensuring responsible pet ownership will be very, very important,” she said – and Vanak agreed. She added, “But I am hopeful that the state will come up with these measures soon.”

However, Vanak said India-wide ABC is “doomed to fail” for two reasons.

First, dogs occur in a contiguous population across most of India. Ineffective or no ABC in some areas will allow the dogs to recolonise areas where ABC has brought their numbers down.

In 2020, Vanak and a colleague modelled the management of stray dog populations across the country in different scenarios based on factors including the number of surgeries that will need to be undertaken and the costs. They showed that only “high intensity” ABC coverage – more than 42,600 surgeries costing from four crore rupees over five years – could meaningfully lower the number of adult dogs.

Even then, vaccination coverage didn’t exceed 35%, whereas the WHO prescribes a minimum 70% coverage. So even “high intensity” ABC wouldn’t eliminate dog-mediated rabies by 2030.

Second, India doesn’t have the requisite infrastructure to sterilise its crores of dogs to significantly reduce their population.

The norm in the country for many years now has been for cities to sterilise their dogs, and urban bodies have typically responded by hiring NGOs for the task. And there are regular reports in the news of bodies missing their promised deadlines for want of funds and other reasons.

These and other inequities together prompted Dr S.N. Madhusudana, a professor at the National Institute of Mental Health and Neurosciences, Bengaluru, and who has been studying rabies for three decades, to say in 2015: “Rabies will always be in India. It will never go away.”

Some health experts have also suggested that the government look into the potency of the rabies vaccine and its administration. Opposition parties in the state have demanded that as well, alleging that the vaccines’ quality is suspicious. But health minister Veena George has denied these claims.

However, on August 30, chief minister Pinarayi Vijayan relented and said his government would put together an expert panel to investigate.

Vaccine efficacy is not likely to be an issue, said Dr Omesh Bharti, who was awarded the Padma Shri for pioneering work on developing a low-cost treatment protocol for rabies that the WHO has also recognised and approved.

Instead, he was more concerned about the administration protocol.

The immunoglobulin kills the virus at the wound site – and practitioners must inject this correctly into the wound, Dr Bharti said. Getting this wrong could allow rabies to persist in the individual and eventually lead to death.

Before either vaccine, Dr Bharti added, people must also be trained to administer basic first aid – such as washing the wound under running water with soap for 15 minutes and applying an antiseptic before arriving at the hospital. “This is a very crucial step.”

But according to him, the principal issue is still the increasing population of stray dogs. “The exponential increase in dog population across the country is leading to [more] dog bite cases,” Dr Bharti, now an epidemiologist with the Himachal Pradesh health department, said.

While ABC and dog shelters are one way to go, Kerala also plans to approach the Supreme Court for permission to kill “violent” dogs, Rajesh, the minister, said.

The question for Varma was how the state would define ‘violent’ – and if it allowed aggressive dogs to be killed, how it plans to stop people from taking matters into their own hands. It’s already happening, she said. “Twelve dogs were poisoned near Kottayam recently.”

On September 13, people found the body of a stray dog hung outside a temple in Perunna, in Kottayam, with a wreath under it.

This attitude towards dogs is in stark contrast to the popular one in India’s cities, where feeding stray dogs is almost a virtue. Vanak blamed the ABC Rules and animal welfare groups for this.

Feeding dogs in public places should ideally be banned but the draft amendment of the ABC Rules introduced in July this year may actually enable this, he added. It requires residents’ welfare associations to ensure there are designated dog-feeding areas, even in gated communities.

“No country would permit this,” Vanak said. Feeding strays “just doesn’t work because it is not just about responsibility but liability too. Ultimately, a country like India is a welfare state. The government cannot abdicate its responsibility to citizens. They should not be attacked by dogs.”