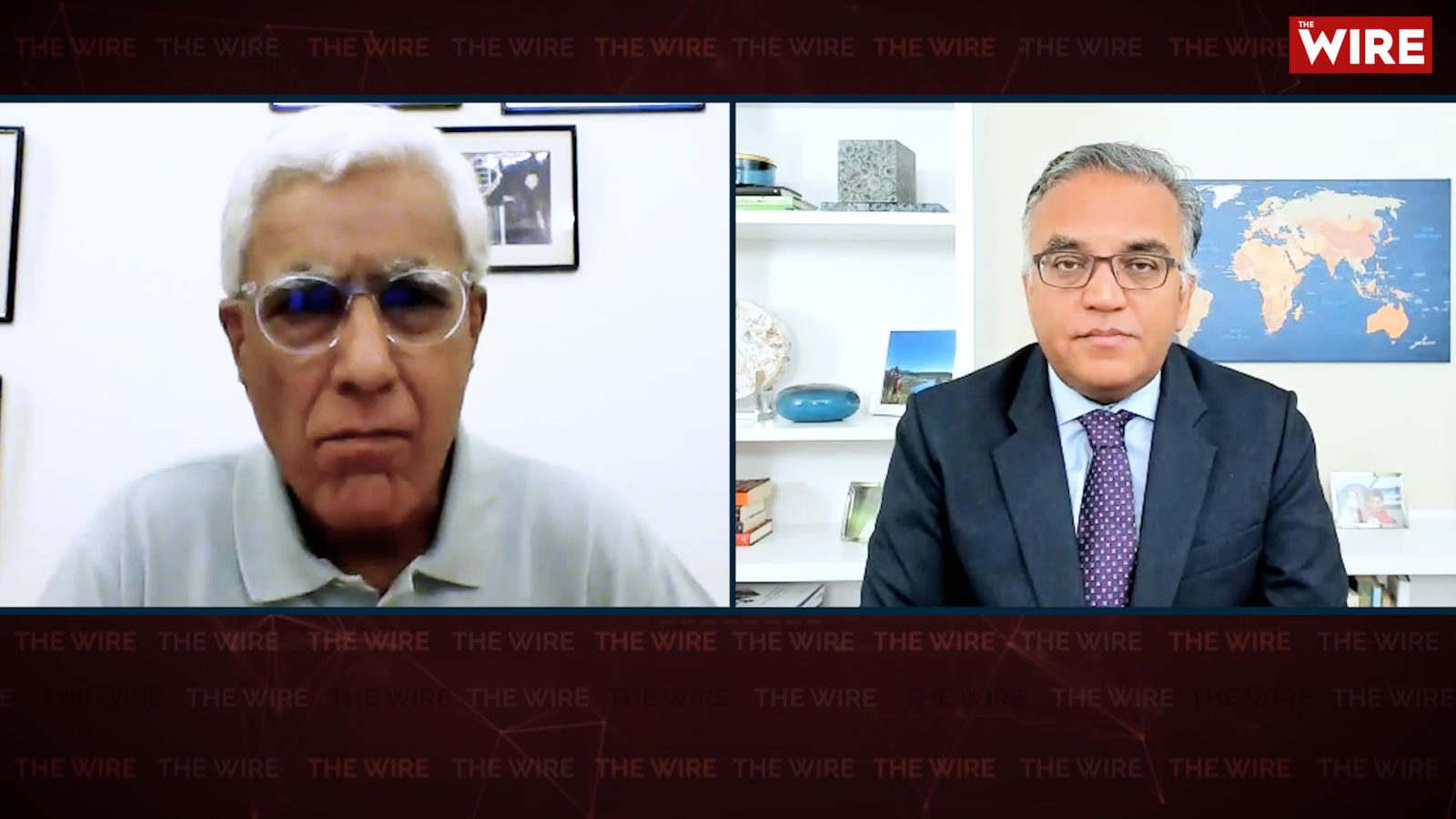 One of the world’s most highly regarded experts on global health has said the Modi government’s refusal to accept advice from its own scientists as well as its refusal to be guided by indisputable data is one of the main causes of the present COVID-19 crisis in India.

Professor Ashish Jha has also said the Kumbh Mela shahi snans, held in March and April, when two and three million people gathered together without masks and social distancing, would be the biggest super-spreaders in this pandemic’s history. However, Jha also said he can see some signs of the present surge in COVID-19 cases plateauing but added the dark ominous cloud surrounding this silver lining is the fact they are plateauing at levels of 3.5 lakh cases a day, which is higher than any other country in the world.

In a 35-minute interview to Karan Thapar for The Wire, Jha, who is Dean of Brown University’s School of Public Health, said the Modi government’s “failure to respond to data is very concerning”. He said it must be explained by “the people in power”. He said India is owed “an explanation” by the government.

Jha said by early or, latest, middle March it was clear from the data that India was heading toward trouble and yet the government failed to respond “in any serious way”.

Jha added the Kumbh Mela shahi snans, in March and April, when 2 or 3 million people gathered without masks or social distancing, could be counted as “the biggest super-spreaders in the history of this pandemic”.

Instead of acting when its own INSACOG scientists were expressing “high concern” about how new and contagious variants could cause an exponential rise in cases – this was in early March – the Health Minister on March 7 claimed India was in the “endgame” of the fight against the virus. Earlier, in February, a BJP resolution claimed India had “defeated” COVID-19. In January, at the World Economic Forum, the Prime Minister boasted India had succeeded in “containing corona effectively”.

Jha told The Wire that though the official daily increase in cases was 412,000 (as per May 5), he believes its likely to be between 15-20 lakhs a day if you include the undetected infections.

However, Jha said he can see some early signs that the daily increase in COVID-19 cases is plateauing. He said that seems to be particularly true of Maharashtra and Delhi. However, he added two notes of caution. First, he said testing is not happening as widely and consistently as it needs to and so we need to be careful in concluding cases are plateauing. It could also be an outcome of testing levels dipping.

More importantly, Jha said even if cases are plateauing they are doing so at levels of 3.5 lakh a day, the highest anywhere in the world. This means we will continue to see a worryingly high level of serious illness and deaths.

Jha also pointed out the assumption that because cases rose sharply they will also decline equally dramatically may not be correct. He fears cases may only slowly meander down. In that event it could entail a period of prolonged suffering. In fact, he told The Wire he was very worried about the next month or six weeks.

However, questioned about Principal Scientific Advisor K. Vijay Raghavan’s warning that a third wave is inevitable, Jha first said “It’s really good to see acceptance (from the government) India is not unique”. India’s earlier refusal to accept there would be a second wave was, it seems, predicated on the assumption India, unlike any other country, had defeated the virus.

But Jha went on to say that India could avoid a third wave if it steps up vaccination. To do so, India would need to vaccinate a further 500 million people on top of the 160 million it has already vaccinated with one jab. He said this cohort do not need to be given both doses. One would do. He also said India should now follow British practice and WHO guidance and increase the gap between both doses from the present 6-8 weeks to 10-12 weeks.

However, Jha does not believe a prolonged nationwide lockdown is necessary. What is essential is to ensure that people who are not part of the same household do not gather together indoors.