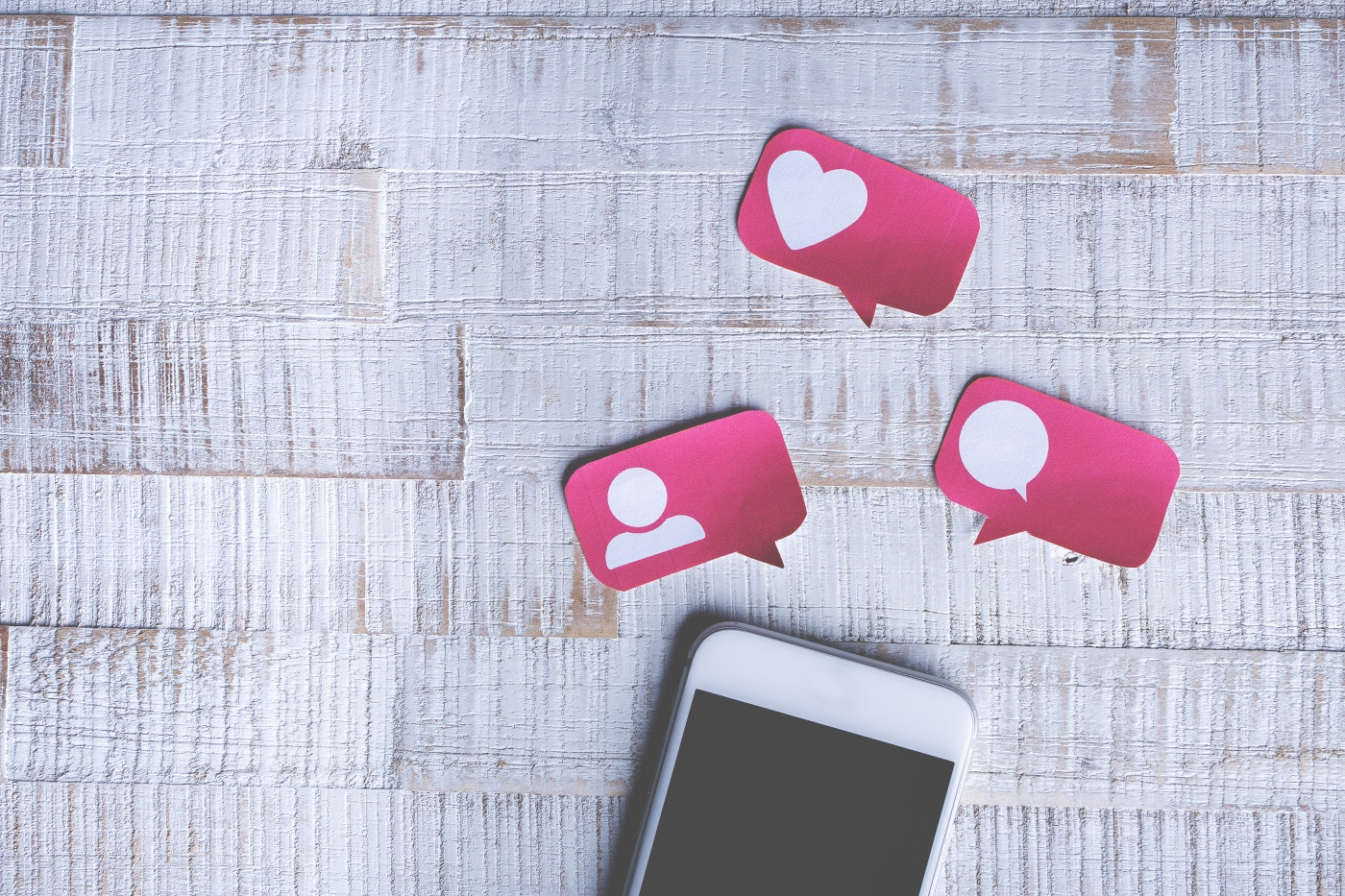 In the era of digital news and the social media, it’s easier than ever to improve mental health literacy. While organisations have significant reach through online awareness-raising campaigns, we also have access to the personal stories of peers and celebrities with lived experiences of mental illness. These features of the 21st century have together driven a surge in the demand for mental health resources.

In 2016, the NIMHANS National Mental Health Survey identified an overall treatment gap of 83% for any mental health conditions in India. These findings are in line with the 2013-2020 WHO Mental Health Action Plan, which called for at least a 20% increase in service coverage in India by 2020. However, a 2016 paper found that the efforts to increase coverage have been insufficient in India, owing to both demand and supply barriers.

Supply-side barriers have been widely documented, highlighting issues of insufficient, inequitably distributed and inefficiently used resources. And while social media has played a role in tackling the demand-side barriers of stigma and limited awareness, it has also contributed to widespread misinformation and exploitation.

On May 9, the Indian Association of Clinical Psychologists published a position statement cautioning against exploiting the speciality of clinical psychology. The primary concern, cited as ‘malpractice’, referred to universities, institutions, NGOs, hospitals, clinics and private practitioners offering certificates of practice as ‘clinical psychologists’ through unauthorised workshops and programmes.

This reflects a worrying trend that is on the rise with the growing popularity of social media platforms. Soliciting therapy clients through social media has become rampant on websites like Facebook, Twitter and Instagram, which offer significant reach through their share, retweet and repost features. Especially after the start of state- or nationwide lockdowns, telephone and/or online therapy sessions are frequently advertised and accessed on these websites.

The American Psychological Association’s widely regarded ‘Ethical Principles of Psychologists and Code of Conduct’ strictly prohibits the uninvited solicitation of business from actual or potential therapy clients/patients who are regarded as vulnerable to undue influence. Though the directive is about in-person business solicitations, it easily extends to online solicitations, where the risk of fraudulent practice is higher.

In India, where mental health literacy is still low, service users are relatively more susceptible to false or deceptive statements regarding their credentials and competence. Due to the strict ethics around confidentiality, it is also impossible to monitor these sessions for safety and treatment fidelity.

Social media has also ushered in a strong ‘word of mouth’ marketing system: individuals no longer limit themselves to personal networks for recommendations. The practice of crowd-sourcing lists of mental health resources on social media has become increasingly popular. These lists use loose inclusion criteria and rarely require details about certification and licensure, indicating questionable standards of monitoring and rigour.

Service providers are required to clarify their professional roles and obligations, and securely manage conflicts of interests that could lead to harm and exploitation. However, the lack of transparency is compounded by limited awareness regarding mental health laws and regulations, putting service users at risk of harm.

This raises an important question: what are the laws, policies and regulations that impact mental health in India?

The Mental Health Care Act 2017 (MHCA) defines ‘mental illness’ as a “substantial disorder of thinking, mood, perception, orientation or memory that grossly impairs judgment, behaviour, capacity to recognise reality or ability to meet the ordinary demands of life, mental conditions associated with the abuse of alcohol and drugs, but does not include mental retardation.”

The Rehabilitation Council of India (RCI), under the Ministry of Social Justice and Empowerment, regulates training policies and programmes in the field of rehabilitation of persons with disabilities. According to the RCI Act 1992, the title ‘clinical psychologist’ falls under the umbrella category of ‘rehabilitation professionals’. The RCI maintains a central rehabilitation register. Any person not registered with the RCI is prohibited from practising as a clinical psychologist in India under Section 13(3) of the Act. Contravening these provisions is punishable with imprisonment for up to a year.

When service providers don’t disclose their training and qualifications, people are bound to have doubts about their knowledge and expertise.

Nomenclature further complicates this issue. Frequently used terms to self-define professional capacity include ‘therapist’ (short for psychotherapist) and ‘counsellor’. However, neither the RCI nor the MHCA include or define these terms, which makes practising under these titles in India questionable.

Counselling psychologists around the world have struggled to differentiate their professional specialities from others, such as clinical psychology. In India, several educational institutions offer postgraduate programmes in counselling psychology, but the field’s search for legitimacy is held back by a lack of information about specific licensure, programme accreditation standards and government regulations.

A 2018 article identified issues of improper and inconsistent qualifications, lack of practical training and supervised internships as barriers to quality control and acceptable standards in the field. Without clearly understanding how counselling and allied mental health professions are standardised, regulated and licensed, we can’t possibly monitor these services in India.

Experts have raised the issues of improper nomenclature and classification of mental health professionals in response to the Allied and Health Professionals Bill (AHPB) 2018. The Bill calls for a National Commission on Allied and Healthcare Professions (NCAHP) under the Union health ministry to bring all currently unregulated healthcare professions under one statutory structure.

While clinical psychology is still regulated by the RCI, the AHPB 2018 includes all other psychology professions under the purview of the proposed NCAHP. Various national and state-level stakeholders have criticised this, as documented in a 2020 report by a parliamentary standing committee. The stakeholders instead proposed a separate ‘National Psychology Council of India’, to bring together all mental health professionals under the same national statutory body as well as ministry, for better governance.

An independent statutory National Psychology Council can go a long way in standardising training and certifications for all psychology and allied professionals. It also has the potential to improve the current state of deregulation and exploitation, which risks the health and well-being of vulnerable populations.

However, based on the ministry’s response, the standing committee failed to endorse these vital recommendations.

If we need to achieve mental and physical health parity in India, the law and regulatory and statutory bodies should work together to keep up with advancements in making mental health resources more accessible and affordable. Loopholes in the law and policy are often misused and exploited by those with questionable ethical practices, aided by the reach and discretion afforded by social media.

The responsibility also lies with service providers – to ensure they are acting within the highest ethical ideals of professional conduct. Clarity about qualifications, training and licensure specific to India should be non-negotiable when building a client base. ‘Freelance’ professionals can’t be allowed unfettered, standalone access to vulnerable individuals in the absence of institutional support and clinical supervision.

While the onus of accessing safe and ethical resources can’t be placed on the service user, in the current environment, being informed and asking the hard questions is critical.

The author acknowledges the valuable contributions of:

Shruti Raghuraman is a doctoral researcher in clinical psychology at the University of Nottingham. Her current research focuses on psychological trauma and recovery. She’s interested in making affordable mental health education and services available and accessible in low-resource contexts.