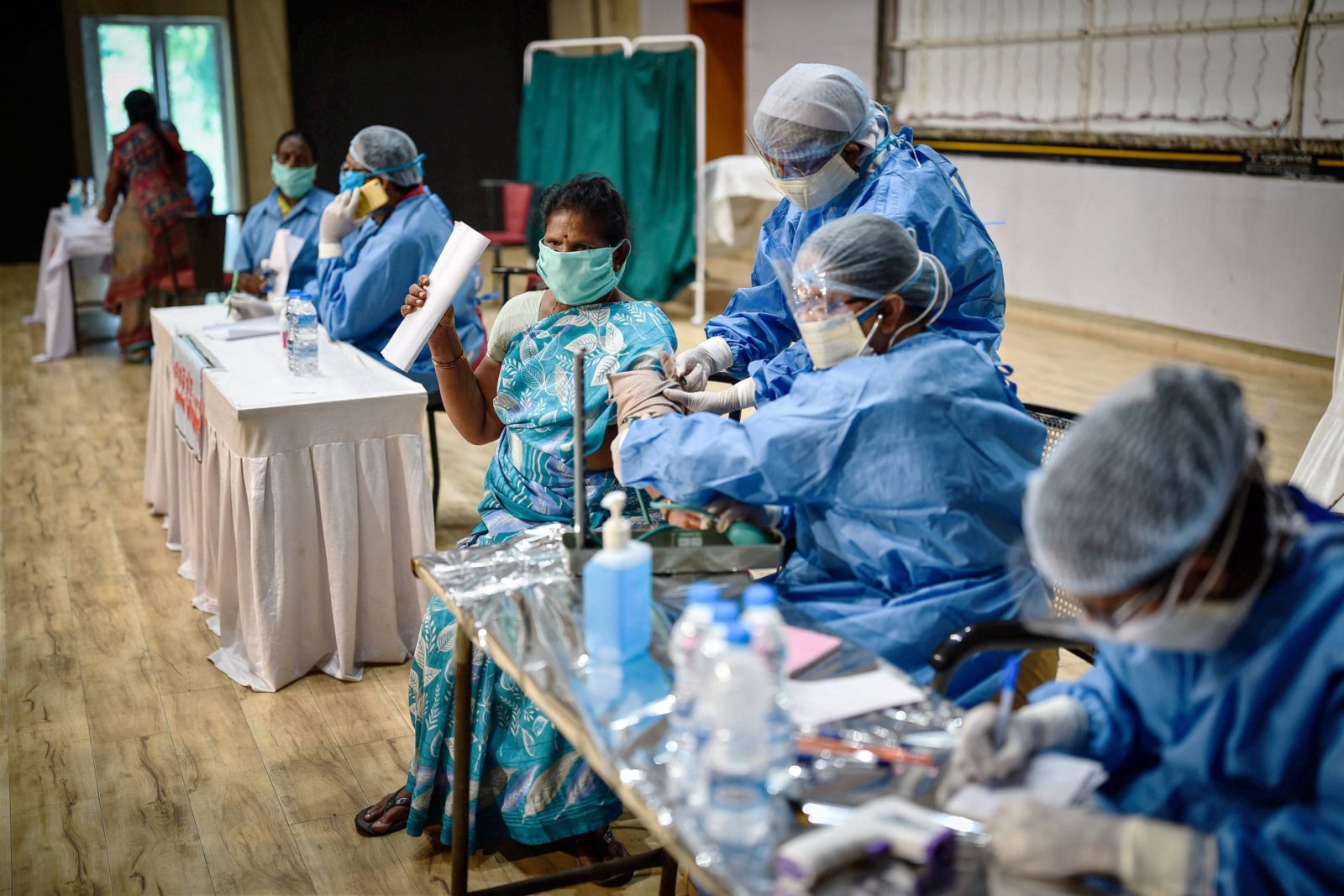 How Will Doing Science Change in India After COVID-19? An Interview.

Healthcare workers check the blood pressure of a sanitary worker during a free health checkup amid the fifth phase of India’s lockdown, in Vijayawada, June 6, 2020. Photo: PTI.

New Delhi: The death toll due to COVID-19 rose to 7,135 and the number of cases climbed to 2,56,611 in the country after it registered 206 fatalities and a record single-day spike of 9,983 cases till Monday 8 am, according to the Union health ministry.

India is the fifth worst-hit nation by the COVID-19 pandemic after the US, Brazil, Russia and the UK, according to Johns Hopkins University data. The number of active novel coronavirus cases stands at 1,25,381 while 1,24,094 people have recovered and one patient has migrated, it said.

“Thus, around 48.36% patients have recovered so far,” a senior health ministry official said. Though official spokespersons have been highlighting the Indian recovery rate, they do not mention that the global recovery rate is also the same or slightly better.

Of the 206 deaths reported since Sunday morning, 91 were in Maharashtra, 30 in Gujarat, 18 each in Tamil Nadu and Uttar Pradesh, 13 each in West Bengal and Madhya Pradesh, nine in Rajasthan, four in Haryana, two each in Andhra Pradesh, Karnataka, Jammu and Kashmir and Uttarakhand, and one each in Odisha and Punjab.

The death toll reached 75 in Andhra Pradesh, 61 in Karnataka and 51 in Punjab.

Jammu and Kashmir has reported 41 fatalities due to the coronavirus disease, while 30 deaths have been reported from Bihar, 28 from Haryana, 15 from Kerala, 13 from Uttarakhand, nine from Odisha and seven from Jharkhand.

Himachal Pradesh and Chandigarh have registered five COVID-19 fatalities each and Assam and Chhattisgarh have recorded four deaths each so far.

Meghalaya and Ladakh have reported one COVID-19 fatality each, according to ministry data.

More than 70% of the deaths are due to co0morbidities, the ministry’s website stated.

Punjab has reported 2,608 novel coronavirus cases so far while Assam has 2,565 cases. A total of 1,914 people have been infected by the virus in Kerala and 1,355 in Uttarakhand.

Ladakh has 103 COVID-19 cases, Puducherry has 99 cases, Arunachal Pradesh has 51 cases, Meghalaya 36 cases, Mizoram has 34 cases while Andaman and Nicobar Islands has registered 33 infections so far.

Dadar and Nagar Haveli has 20 cases while Sikkim has reported seven cases till now.

Across the world, there have now been more than 7 million cases of the viral infection, with 7,015,079 confirmed cases reported as of Monday morning.

According to the Johns Hopkins University, the global death toll due to COVID-19 stands at 402,852. Another 3,142,453 people have recovered from the disease.

In many countries, official data includes only deaths reported in hospitals, not those in homes or nursing homes.

Brazil registered 37,312 total coronavirus deaths while overall cases in the country reached 685,427, according to data from the health ministry on Sunday, amid criticism of the government’s handling of the pandemic.

The government changed its format for reporting COVID-19 statistics for the second straight day.

Over the weekend it removed from public view months of national data on the epidemic as President Jair Bolsonaro defended delays and changes to official record-keeping of the world’s second-largest coronavirus outbreak.

New Zealand has eliminated transmission of the coronavirus domestically and will lift all containment measures except for border controls, Prime Minister Jacinda Ardern said on Monday, making it one of the first countries to do so.

Public and private events, the retail and hospitality industries and all public transport could resume without social distancing norms still in place across much of the world, she said.

“While the job is not done, there is no denying this is a milestone … Thank you, New Zealand,” Ardern told reporters.

“We are confident we have eliminated transmission of the virus in New Zealand for now, but elimination is not a point in time, it is a sustained effort.”

The South Pacific nation of about five million people is emerging from the pandemic while big economies such as Brazil, Britain, India and the United States grapple with the spreading virus.

This was largely due to 75 days of restrictions including about seven weeks of a strict lockdown in which most businesses were shut and everyone except essential workers had to stay at home.