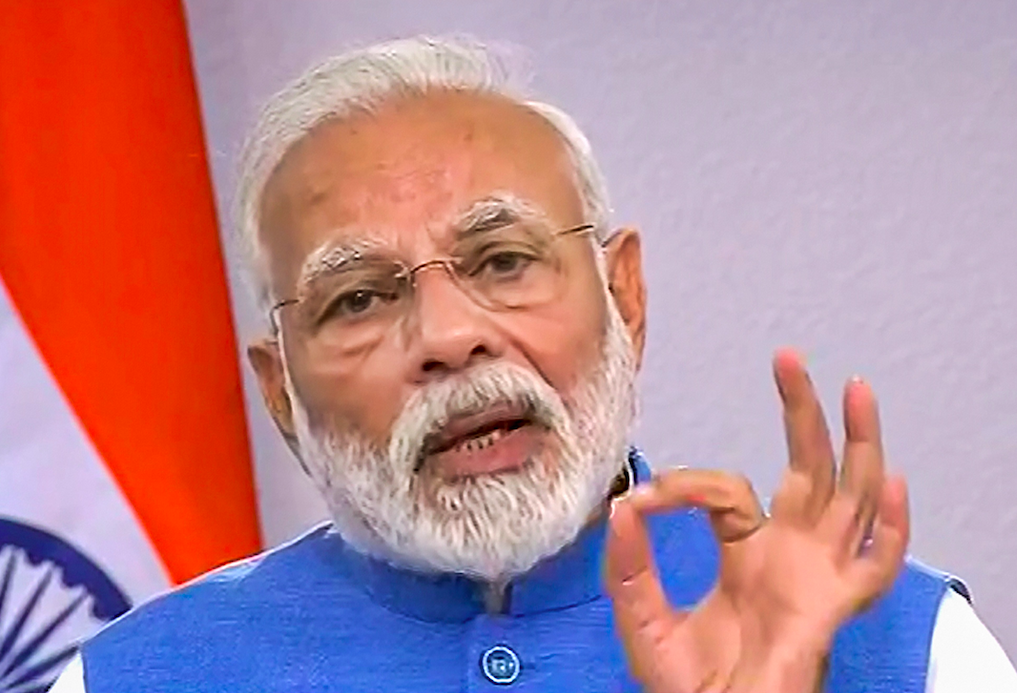 Coronavirus: In First Death Outside Country, Indian Dies in Iran

New Delhi: Addressing the country after nearly a day of intense speculation regarding what he would say, Prime Minister Narendra Modi on Thursday evening advised Indians to follow the guidelines of general precaution in order to avoid the spread of the coronavirus. He also asked for an exercise of solidarity – apparently unrelated to medical precautions – in the form of a ‘janata curfew’ on Sunday, March 22.

On the day, Modi said, citizens should stay at home between 7 am and 9 pm, and come out on their balconies for five minutes at 5 pm and ring bells or clap hands to ‘thank’ workers and professionals on the field who have not been able to isolate themselves.

Mentioning the economic fallout of the pandemic, Modi also announced a ‘COVID 19 Economic Task Force,’ which he said is to be in constant touch with all stakeholders to assess the effects.

He assured people that milk, rations and essentials will be in constant supply and requested people not to hoard them. “Buy them as you were before,” he said.

Modi also peppered his speech with essential tenets of consideration for doctors, asking that people call doctors before visiting them first. He also requested that private sector employees be given opportunity to work from home and staff be paid at this crucial time.

In a speech in Hindi, Modi also asked for “time” to combat the virus, noting its particular nature and stressing that older people should not venture out of homes.

He cited examples from his own experience in dealing with alleged ‘blackouts’. “In my childhood, we had blackouts where the town would go dark and paper would be put on windows. The municipality too had such drills,” said Modi, ostensibly referring to coping with trying times.

“When a natural disaster comes, it remains limited to countries or regions. But this a rare situation where whole of humanity is affected,” he said, making reference to the World Wars.

Making repeated references to the “130 crore people” in the country, Modi asked for restraint and resolve and said people should do their duty as citizens.

News that Modi will be addressing the nation, after an announcement made nearly 22 hours before the speech on March 18, resulted in acute speculation.

In places, it led to panic buying of rations by people who feared that the prime minister might announce a sudden lockdown. Perhaps in an effort to mitigate the speculation spiral, the CEO of the Prasar Bharati, Shashi Shekhar, tweeted that no news of lockdown would accompany the prime minister’s speech.

Some media outlets are speculating that PM Modi will announce a lock down in his address. This information is incorrect. It will also create unnecessary panic in minds of people, which is the last thing we need in times like this.