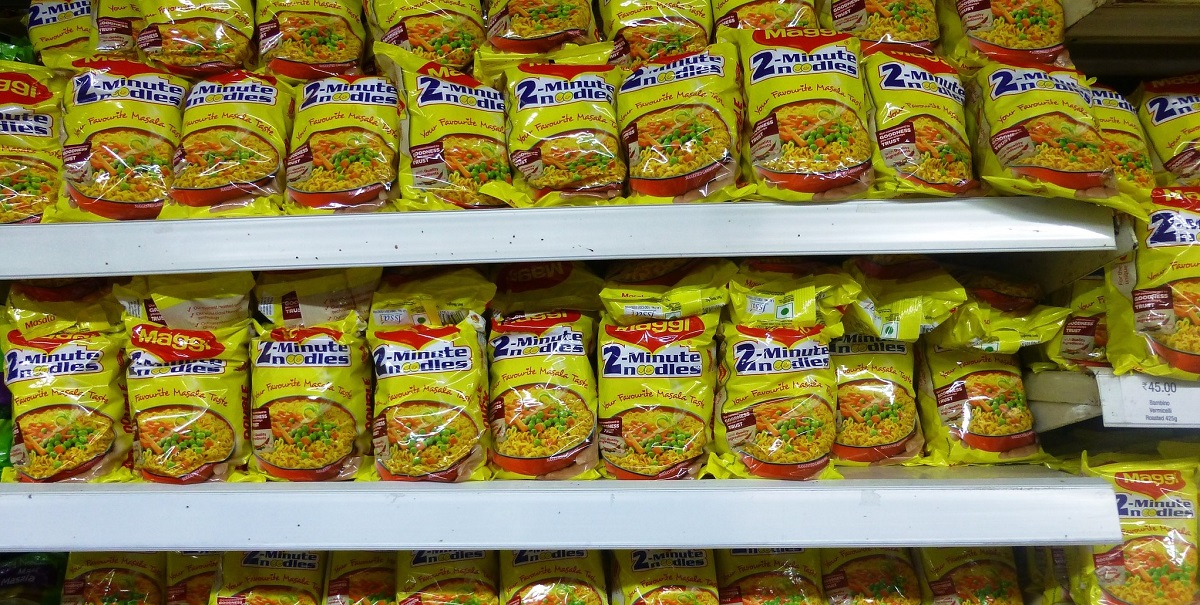 One in Three Heat Deaths Since 1991 Linked to Climate Change

Packets of Maggi noodles in a supermarket. Photo: Joegoauk Goa/Flickr CC BY SA 2.0

New Delhi: Nestlé, the world’s largest food company and maker of products such as Maggi noodles and KitKat chocolate, acknowledged in an internal document that more than 60% of its mainstream food and drinks products are unhealthy.

The internal document, accessed by Financial Times, admits that only 37% of Nestlé’s food and beverages by revenues ‒ excluding products such as pet food and specialised medical nutrition ‒ achieve a rating above 3.5 under Australia’s health star rating system. The document says some of the company’s categories and products “will never be ‘healthy’ no matter how much we renovate”.

The Australian system scores foods out of five stars and is used in research by international groups, such as the Access to Nutrition Foundation, FT reported. Nestlé says 3.5 stars is the threshold for the “recognised definition of health”.

The document makes some shocking admissions. It says 96% of Nestlé’s beverages ‒ practically all of its products excluding pure coffee ‒ and 99% of its confectionery and ice cream portfolio are unhealthy. In addition, just 82% of its water products and 60% of dairy products meet the threshold.

“We have made significant improvements to our products … [but] our portfolio still underperforms against external definitions of health in a landscape where regulatory pressure and consumer demands are skyrocketing,” the presentation said.

According to FT, the data excludes baby formula, pet food, coffee and the health science division, which makes foods for people with specific medical conditions. The products assessed account for about half of Nestlé’s £72.7 billion (Rs 7.45 lakh crore) annual revenue.

A Reuters report quoted an analyst saying that if the other categories are also included, they would significantly reduce the proportion of products potentially considered unhealthy.

“Given the group’s confectionery, ice cream, and pizza businesses, the real figure for the group based on 2021 estimates would be 28%, which is hardly a surprise,” he said in a note. He added that the report could point to changes in the product portfolio, notably an exit from mainstream confectionery.

However, the company may also consider dropping or replacing these standards for products seen as treats, such as confectionery, according to FT.

While Mark Schneider, Nestlé’s chief executive, acknowledged that consumers want a healthier diet, he rejected claims that processed foods “tend to be unhealthy”. The internal document contradicts this claim, FT said, since products such as a “three meat croissant crust pizza” include about 40% of a person’s recommended daily allowance of sodium, while an orange-flavoured San Pellegrino drink, scores the worst under a different scoring system.

According to Down to Earth, 100 grams of Nestlé’s KitKat chocolate contains 49 grams of sugar – double the upper limit recommended for consumption in a day. The ‘masala’ that comes with Maggi noodles contains 3.7 grams of salt, which exhausts 75% of the recommended daily allowance.

Nestlé told Reuters that it “is working on a company-wide project to update its pioneering nutrition and health strategy”. It added, “Our efforts build on a strong foundation of work over decades. … For example, we have reduced the sugars and sodium in our products significantly in the past two decades, about 14-15% in the past seven years alone.”

Marion Nestle, a professor at New York University, told FT that Nestlé and its rivals struggle to make their portfolios healthy overall. “Food companies’ job is to generate money for stockholders, and to generate it as quickly and in as large an amount as possible. They are going to sell products that reach a mass audience and are bought by as many people as possible, that people want to buy, and that’s junk food,” she said.

In India, the company’s popular Maggi noodles product was at the centre of a controversy in 2015, when it was banned across the country after tests showed it had very high levels of lead. The Bombay high court struck down the ban after tests conducted at three accredited laboratories showed the lead content was within acceptable limits.

Down to Earth also identified the larger problem within the packaged food industry, saying only 16% of edible and packaged products achieve a rating of 3.5 stars or more. This analysis was arrived at by the Access to Nutrition India Spotlight Index 2020, which assessed 1,456 Indian food and beverage products by 16 manufacturers, which accounted for 31% of India’s packaged foods and beverages market share.

“Other studies have found that packaged food sold in India, also by multinational corporations, has higher content of these critical nutrients, such as salt and sugar, than many other countries,” the magazine reported.

It suggested implementing a key policy: front-of-packet (FoP) labelling. “FoP labelling is a tool that provides nutrition information up-front on the package in an interpretive format. This is in contrast to the complex numbers that are provided at the back of the pack,” it said, adding that the policy will help consumers understand the information effectively and make informed decisions.