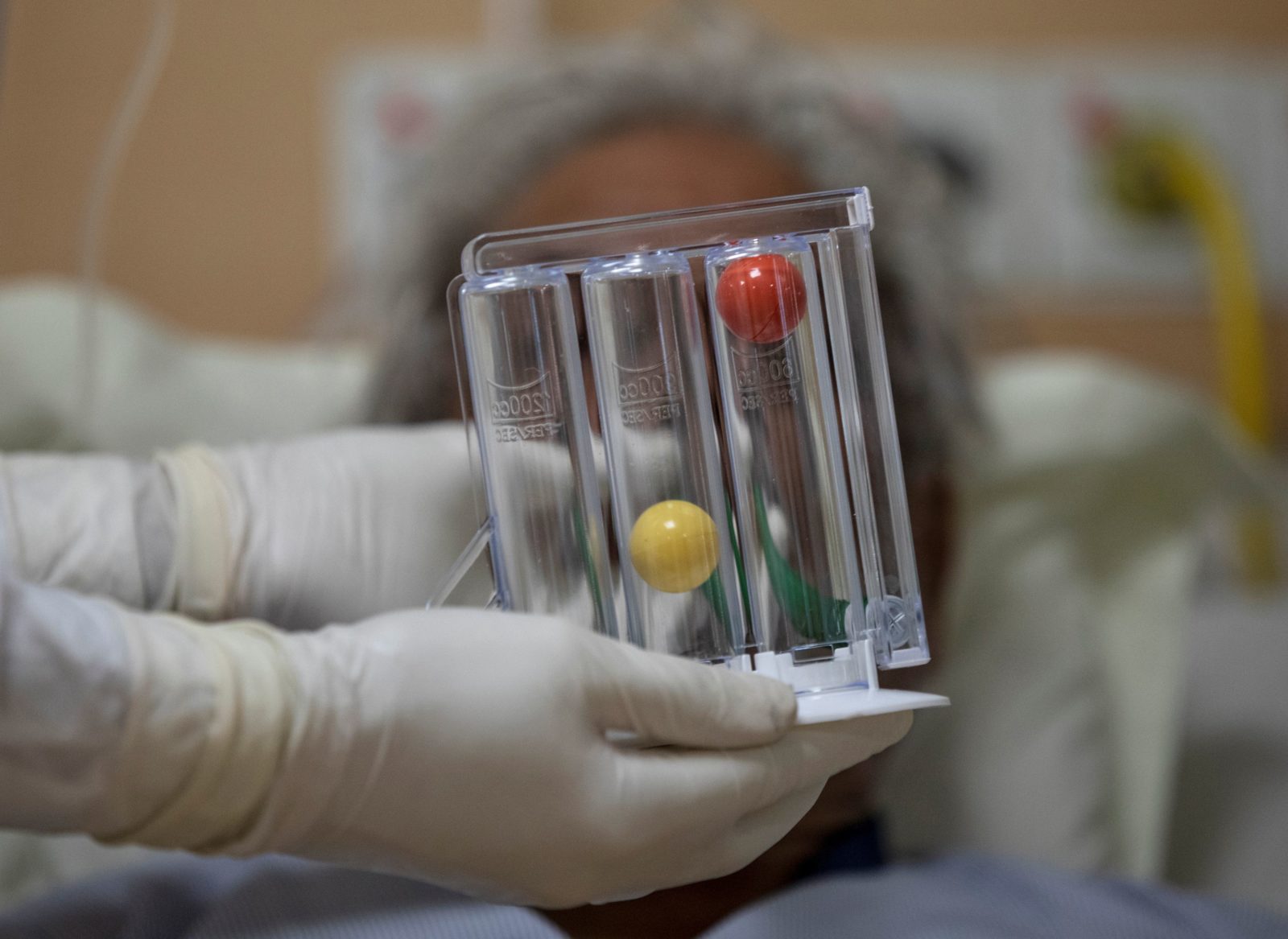 Featured image: A medical worker helps a patient at the ICU of a hospital in New Delhi. Photo: REUTERS/Danish Siddiqui

New Delhi: Due to the coronavirus pandemic, patients suffering from critical diseases like cancer and those requiring surgeries are delaying hospital visits and thereby endangering their health and even risking their lives, according to some doctors.

A number of medical practitioners said they have even lost patients who could have survived or their situation salvaged had they reported to hospitals in time.

Dr Mandeep S. Malhotra, head of department (head, neck and breast oncoplasty) at Fortis Hospital Vasant Kunj, said two of his patients – an IAS officer and an IT consultant, both aged 45 – had palpable breast lumps in March. Due to fear of COVID-19, they neither reported to the hospital nor to their gynaecologists or family doctors and their cancer has now aggravated to Stage 4.

He also shared another case of a 42-year-old patient who had a relapse of cancer around April while he was in his hometown of Dehradun.

“He had recovered from oral cancer but during the lockdown period, he had a nodal recurrence. He sent me a picture and I asked him to come back. I told him he can come back after getting required permission. He came back after three months and by then the main artery that supplies blood to the brain was involved. Earlier this week, he succumbed to cancer,” Malhotra said.

The senior doctor said cancer progresses in no time from Stage 2 to Stage 4 without timely treatment and if patients report early, they can be discharged in less time and the treatment costs are lower in comparison to critical state when the costs escalate and there is a greater risk involved.

Also Read: Non-COVID-19 Patients Are Paying the Price of India’s Efforts Against the Coronavirus

Doctors say patients are even delaying simple surgeries like gall bladder stone removal which could lead to major issues in the long run.

According to Dr Manoj Sharma, senior consultant, medicine and in-charge at Medeor Hospital, Qutub Institutional Area, delaying treatment is not the right option. He said hospitals are taking all precautions and adopting all hygienic practices.

Sharma said one of his patients had reported to him about a liver abscess around April but did not return to the hospital after that.

“Ultimately his infection increased and he ended up in a critical condition and after surgery had to stay in the hospital for a week. Had he continued treatment when he was diagnosed, he could have been discharged in two days,” he said.

Sharma said patients are not reaching out and consulting doctors, which is leading to situations like these and opined that people will have to learn to live with coronavirus.

Dr Chandragouda Dodagoudar, director of medical oncology at Aakash Healthcare in Dwarka, shared a case of a 65-year-old patient who had stage 2 lymphoma. The patient first visited the health facility in March and was advised chemotherapy but was very apprehensive due to the coronavirus disease.

“The patient delayed the treatment for two and a half months and took alternative medicines and when that medication did not work and she started having pain, she visited the hospital. She had contracted COVID-19 by then and the lymphoma had progressed from Stage 2 to Stage 4. We could not administer chemotherapy while she was undergoing COVID treatment,” he said.

The doctor said after the patient recovered from coronavirus, she was administered a slight dose of chemotherapy and became better and was discharged. But after a month, she had a relapse of COVID and ended up in a critical condition and succumbed last month.

The doctor said delaying treatment led to wastage of time and the patient’s condition could have been salvaged had she got timely treatment since she did not have other co-morbidities.