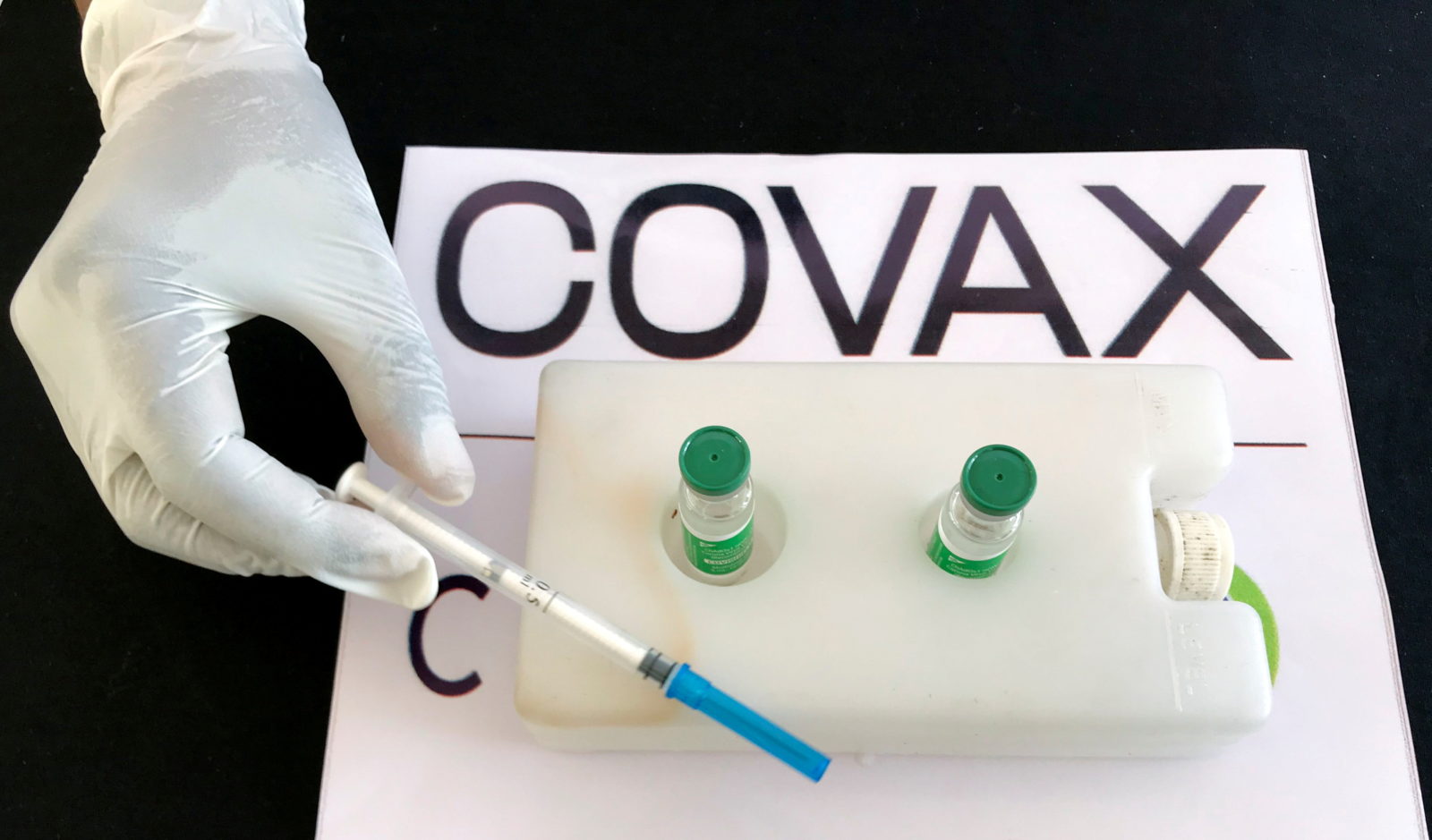 The World Health Organisation (WHO) and global vaccine charities launched the COVAX programme last April to distribute COVID-19 vaccines to some of the world’s poorest people.

The scheme, relied on by dozens of poorer countries, has faced setbacks: production glitches, a lack of support from wealthy nations and a recent move by India, the biggest vaccine manufacturer, to curb its exports.

Besides the WHO, it is run by the Global Alliance for Vaccines and Immunisation (GAVI), Coalition for Epidemic Preparedness Innovations (CEPI) and UN Children’s Fund (UNICEF).

Here’s a look at progress since its inception:

April 24, 2020 – The WHO, European Commission and the Bill & Melinda Gates Foundation launch an initiative known as the ACT (Access to COVID-19 Tools) Accelerator. COVAX is the part that focuses on vaccines.

June 4, 2020 – COVAX raises $567 million towards an initial goal of $2 billion from international donors.

July 31, 2020 – The WHO urges countries to support COVAX, says countries that back it have a better chance of getting a successful COVID-19 vaccine.

August 18, 2020 – WHO chief Tedros Adhanom Ghebreyesus warns that countries putting their own interests ahead of others to ensure supplies of a possible vaccine are making the pandemic worse.

August 28, 2020 – Wealthier countries are offered a new option under COVAX to pick and choose which shots they get, in a move aimed at convincing governments that have bilateral deals to sign up to the facility.

September 4, 2020 – WHO says 78 high-income countries confirm participation ahead of Sept. 18 deadline for signing up.

September 17, 2020 – WHO says more than 170 countries have joined COVAX. EU nations offer funds but decline to buy vaccines through COVAX for themselves.

October 8, 2020 – China says it will purchase COVAX vaccines for 1% of its population.

December 4, 2020 – WHO hopes to have half a billion vaccine doses available for distribution by COVAX in Q1 2021.

December 15, 2020 – The European Union considers plan to donate 5% of the COVID-19 vaccines it has secured to poorer nations.

January 7, 2021 – WHO says poorer nations could start receiving vaccines from COVAX as soon as January, after the programme raises $6 billion of the $7 billion that it has sought in 2021 to help finance deliveries.

January 8, 2021 – WHO’s Tedros urges countries to stop striking bilateral deals with manufacturers and release extra doses to COVAX immediately, as the EU agrees a supply deal for hundreds of millions of doses of the Pfizer-BioNTech vaccine.

The United States, Britain and Canada have also reserved large volumes of vaccines.

WHO says it is in talks with Pfizer about including its vaccine in COVAX.

January 19, 2021 – European Union eyes its own scheme to share surplus vaccines with poorer neighbouring states and Africa before COVAX is fully operational.

Pfizer and BioNTech agree to supply 40 million doses of their vaccine to COVAX.

Johnson & Johnson applies to WHO for emergency use listing of COVID-19 vaccine, a prerequisite for supplying vaccines to COVAX.

February 22, 2021 – WHO agrees a no-fault compensation plan for claims of serious side effects in people in 92 poorer countries getting vaccines via COVAX.

WHO says COVAX is expected to deliver 237 million doses of AstraZeneca’s vaccine to 142 countries by end of May.

March 24, 2021 – India puts a temporary hold on exports of AstraZeneca shot made by the Serum Institue of India to meet domestic demand.

Serum had been due to deliver 90 million doses of vaccine to COVAX in March and April.

April 1, 2021 – WHO’s Tedros says the facility faces a “serious challenge” to meet demand, requesting manufacturers help ensure that the countries that step up can rapidly donate those doses.

April 8, 2021 – WHO says COVAX has delivered nearly 38.4 million doses of COVID-19 vaccines to 102 countries and economies across six continents. The facility aims to supply at least 2 billion doses this year.

April 15, 2021 – United Nations officials appeal for another $2 billion by June for COVAX.

(Reuters – reporting by Dania Nadeem and Mrinalika Roy in Bengaluru and Francesco Guarascio in Brussels; editing by Josephine Mason)

The Wire Science@TheWireScience
4 Following 27.2K Followers
The investigation into the origin of the virus has been vexed by a lack of key evidence from the outbreak’s earlies… https://t.co/La27lNlXFK
17 hours ago
Limiting emissions is important, of course, but if we lose our forests, it won’t matter much. | M.R. O'Connor https://t.co/6U1h0px1G1
18 hours ago
The idea of a continuity between the inorganic and the organic world, between dead and living matter, was the basis… https://t.co/adJ64B2M3U
21 hours ago
1 2
Solar panels can last for decades if properly cleaned and maintained. But there is a catch. What happens to these p… https://t.co/kYSDwqGh86
23 hours ago
1 7
Stalin's statement implies an intent to promote the nativism of an ancient South Indian culture that existed indepe… https://t.co/IDQbvMw6A7
1 day ago
1
Subsisting in confined, barren quarters that lack intellectual stimulation or appropriate social contact seems to t… https://t.co/XUFWQRjueg
2 days ago
1 2
The lifespans of smartphones average less than two years, a consequence of designed obsolescence. The refuse of th… https://t.co/ySa4iNW6vc
2 days ago
1
Captive elephants can display aberrant behaviour indicative of psychological trauma, including killing their human… https://t.co/DS2jitbItw
2 days ago
3
While the presence of do-nothings lowers the efficiency of their colonies, they are crucial to the survival of the… https://t.co/nCCXW2dSCm
2 days ago
Wunderkammern, or ‘cabinets of curiosity’, are the ancestors of our modern day museums. They expressed the beautifu… https://t.co/mABZvGsyIR
2 days ago
Since most spiders are cannibalistic, it’s a futile effort to try and rear them. This means that to study spiders,… https://t.co/Pa6kicAmQI
2 days ago
1
Long before the birth of modern chemistry, the physician and alchemist Paracelsus described a bizarre biochemical p… https://t.co/vJacm7koL1
2 days ago
1 4
In Ever Green: Saving Big Forests to Save the Planet, the authors point out that boreal forests alone hold 1.8 tri… https://t.co/UNjU7HZkc1
2 days ago
“We do assert that there has been no independent and transparent scientific scrutiny to date of the full scope of t… https://t.co/zCyklHcX2A
3 days ago
Today, a chorus of scientific-sounding claims about “blue and pink” brains, testosterone and male primate aggressio… https://t.co/9HTFt260Is
3 days ago
1
Contact us